When Robin Williams died in August there was an outpouring of grief, disbelief and finally, celebration. While in recent years Williams’ television work may have been overshadowed by his film appearances (including academy award nominations and awards), it was the small screen with its continued intimacy, domesticity and interaction that showcased his talent following his death.

For audiences of a certain age, Williams will always hold a special place in television memories. His appearance as Mork from Ork in Mork and Mindy was both wonderful children’s entertainment as well as a way to light a spark for aspiring creatives interested in the scattergun and the surreal.  Sure, ensembles like Monty Python had done this before, but to have one man in a domestic sitcom get away with so much seemed incredible. As Williams explained in an interview with ABC America in 2011, people would still come up to him in the street 30 years after the sitcom first aired recalling to show and his famous ‘Nanu Nanu’. In the interview he recalled the continued significance of the role, and the medium; “it was TV, and it hit so big, it’s still in people’s memory banks. … At first I was like, I’ve got an Academy Award, but it’s just what people remember.”

Williams’ Mork from Ork character famously came initially from a production meeting late into the final seasons of Happy Days. E News suggested the character was almost the wrong type of joke – based on a demand made by the eight year old son of Gary Marshall (the series’ producer). Given that Happy Days’ producers would go on to develop some of the most spectacular ways to ruin once great products via the now infamous Fonzie “Jumps the Shark” incident, the choice to include an alien was so crazy that it’s not unremarkable it happened, only remarkable that it worked.

Mork and Mindy would go on to be fantastic, meta, and mad – like when Mork from Ork met Robin Williams, just because they could:

Writing after his death LA Times reviewer Meghan Daum wrote about the character’s representation of difference via the alien as a metaphor for feelings of isolation, wonder and displacement; “watching Mork again makes you wonder if that puffy-haired, whirling dervish of an alien was, if not Williams’ greatest role, ultimately his most personal one.”

Williams was, and would remain, an incredible character actor. However his ability to incorporate characters into his own personae (or, rather, his inability to just appear as Robin Williams WITHOUT other characters), also drew television audiences to him throughout his career.

Following Williams’ death the current round of American television hosts in particular cited Williams’ television appearances as great moments in the genre’s history. NBC Tonight Show host Jimmy Fallon paid tribute to Williams by showing his first appearance on the Tonight Show when it was hosted by Jimmy Carson, and the generosity of the host as well as mutual trust and respect really shone. It was a remarkable television exchange- Carson allowed Williams the floor and Williams took it, gloriously not only playing with the host but also the entire set, audience and crew. Carson seemed to know there was no point challenging Williams’ position, but at the same time Williams’ charm remained – he didn’t seek to undermine Carson, just to help provide something memorable. The Fallon recap began with a tearful tribute and sweet impersonation of Williams (a brave act in itself!), and finished with a reference to Williams’ film work (notably a recalling of the famous Dead Poet’s Society line “Oh Captain, My Captain”). However the focus, Williams’ impact in the lounge room remained most pointed.

A few days later David Letterman also paid tribute to Williams as part of his CBS late night program.  In contrast to Fallon’s short, emotional but ultimately shiny eulogy, Letterman’s account was more nuanced and personal. Letterman had clearly known Williams the man more than Williams the television man, and his description of losing a friend and colleague rather than ‘an icon’ was clear. Letterman recalled Williams inviting him to be on Mork and Mindy (despite Letterman’s own admission of his ineptitude for it), and concluded a collection of of Williams’ appearances on the talk show. As Letterman described, “I loved having him on because I didn’t need to do anything when he was on … people would watch if he was on… there was such an electricity to him.” The clip featured a compilation of clips showing Williams darting around, with these outpourings accompanied by swelling strings – the latter becoming a bit too much as footage was slowed down. In the end this was a television moment of a different type – to mark the regret of having not seen it coming – as Letterman concluded “I had no idea the man was in such pain”.

The most formal television industry acknowledgement of Williams came with Billy Crystal’s tribute at The Emmys. Like the best eulogies, Crystal delivered a collection of stories before a compilation was played. This included talk show appearances as well as clips from Williams’ appearance on The Actor’s Studio and standup television specials. Williams acting as himself, albeit with a ‘fade to black’ ending, allowed Crystal to deliver what the awards show needed- a piece of classic television ‘In Memorial’ fodder.  Just the thing for the beautiful people who are on the screen to mark the occasion, as well as provoking the audience at home who felt like sobbing into their cup of tea while sitting in their pjs. 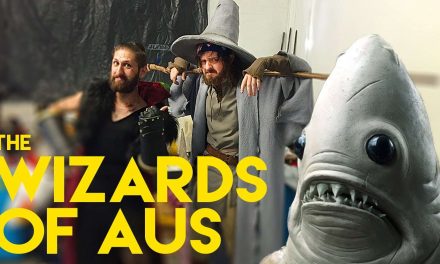 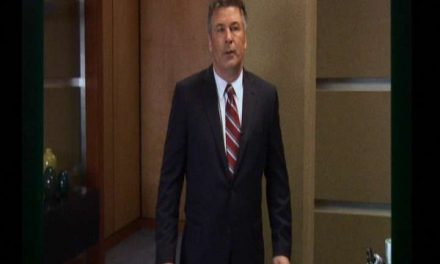 WHAT ACTORS DO: ALEC BALDWIN IN 30 ROCK (PART II) by Gary Cassidy and Simone Knox