I have decided to turn over a new leaf and to stop moaning about the lack of HBO on my TV screen.

It all came about last weekend when I realised that I had been carrying this bitter burden for nearly a year now.  Rather than writing about US TV (which is what I have always done) I have been writing about the lack of US TV in my life.  I have been overwhelmed with the amount of series that I have missed and underwhelmed with the series that are available to me on cable and terrestrial TV.  Nordic Noir only comes along occasionally.  And, as much as I loved The Killing, Borgen and The Bridge I now have a whole new hole in my Saturday night schedule.

So, I took myself in hand and have now subscribed to Love Film.  I have one month free (to test the service) and then I can decide if I want to continue spending £9.99 a month or whether I should switch to Netflix.  Either way I can get DVDs through the post and have unlimited access to online series.

Which suits me just fine.

My first foray into the best HBO series that I have never seen is Boardwalk Empire.   Episodes 1 and 2 arrived yesterday (along with 1-3 of season 3 of Nurse Jackie) and, without further ado, I started to watch the series last night.

Now the problem is that I am so far behind everyone that anything I have to say about the series seems redundant.  Jason Jacobs and Janet McCabe’s in-depth blogs of October and November 2011 said much about the industrial background and style and substance of the series.  They (along with many others) have written about the character of Nucky Thompson, the editing, the aesthetic feel of the series, the narrative and the lighting.  It seems that there is nothing new I can add to the mix.

And yet … as I prepare to finish my book on motherhood and the media, it occurs to me that there is much still to be said about Nucky Thompson and Boardwalk Empire.  For, despite many colleagues telling me that there are remarkable mothers inhabiting the series, no-one seems to have written about them.  The scene on the boardwalk particularly struck me when, tucked in between a ‘salt water taffy’ store and various other attractions, the ‘under 3lb’ babies are on display.  For 25¢ it is possible for the public to view ‘nature’s little weaklings’ in their incubators.  As Nucky pauses and stares tearfully at the tiny babies, we are instantly clued into another, more sentimental, side of his character, particularly as this vignette comes so soon after he has been visited by heavily pregnant Margaret Schroeder.  Nucky is obviously a man who misses his dead wife (forever enshrined in a photograph) while availing himself of the services of showgirls.  He is obviously a character set in the mould of so many others in US TV series, a man who cannot quite reconcile the competing attractions of the maternal Madonna and the sexual whore.

Obviously I am coming nearly two years too late to this particular table.  There are two whole seasons that I haven’t seen and there is always a danger inherent in reading too much into characters in the first episode of a series, particularly when everyone else is so far in advance.  But, I wouldn’t mind betting that Nucky is cut from the same cloth as other HBO leading men like Deadwood’s Al Swerengen and Tony Soprano.  He will have a sympathetic side.  A part of him dedicated to protecting women in a strong, manly, way while he fucks the showgirls and treats them with contempt.   He will berate his fellow bootleggers for the way they treat their women, thus providing a moral centre for the series, while not questioning the way most women are routinely treated as second or third class citizens (and that’s the lucky ones).  And most of all, he will be a character that I will like, despite knowing his serious faults.

I am looking forward to seeing how his narrative develops and yet I dread how the women will be treated.  I also dread committing to yet another series that has been lauded by critics and academics alike while its misogyny goes unmentioned.  Filed under the category of ‘that was then and this is now’.

And, at the end of it all, I know that my real treat will be Nurse Jackie, a series that has not been elevated in quite the same way as Boardwalk Empire but one that treats its women as sentient beings.  One that has a woman as the focus of the narrative and a woman that is unapologetically both a sexual being and a mother to boot, a characterisation that may not have the same gravitas as Nucky Thompson and may not be lauded in the same way as its more ‘masculine’ counterparts, but one that allows its legions of female viewers a less masochistic identification.

I hope that in re-engaging with US TV, more particularly HBO series, I will find a good reason for critics not talking about the sexual politics contained in these newer series.  I am hoping that, like in HBO’s hey-day when Six Feet Under and Sex and The City were new and groundbreaking, the latest roles for women are fully rounded and sympathetic, giving female viewers something to identify with.  My fear is though that this is wishful thinking and that HBO’s women have gone the same way as others before them.  And, even worse, that the critics have not even noticed or do not even care.

The invisibiity of gender criticism will not stand in my way.  I welcome the chance to watch all those shows, and will try to ignore the misogynism lurking in all of them.  And in my down time?  I shall treat myself to Nurse Jackie and look forward to the day that all shows feature well rounded female characters that I can enjoy.  Maybe I’ve been spoilt by the more sophisticated characterisation of women in Nordic Noir and maybe even HBO can now not compete. 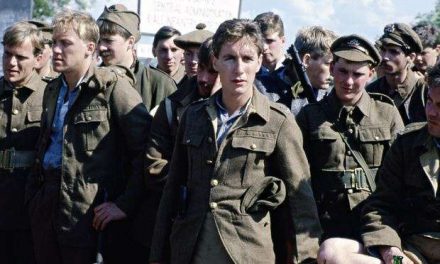 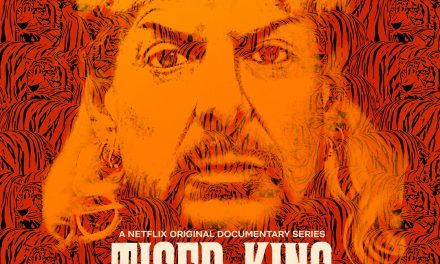 GAME OF THRONES: THE PERILS AND PLEASURES OF RESISTANCE by Debra Ramsay