Although we’re still finalising our findings, to be released at our Cowboys or Indies conference later this year, I have recently been thinking about the place of quality in these understandings.

It’s a question I have dabbled with briefly in the past: drawing on Helen Wheatley’s and Charlotte Brunsdon’s work, I argued that questions of quality in multiplatform must be judged in relation to the specifities of individual genres. There I examined the use of interactive, red-button, television for natural history content and argued that quality was often an issue of balancing spectacle – in this case, not just the moments of visual pleasure Wheatley discusses in television programming, but also the foregrounding of interactive technologies as themselves marvellous and magical – with the educative aims of the genre. As I suggested then, but realise more fully now, the drive towards spectacle in the use of interactive technologies by broadcasters was very much linked to a period of experimentation and innovation. In particular, these two values – experimentation and innovation – were held to be markers of esteem in and of themselves. Thus Walking with Beasts won an interactive BAFTA in 2001 before it even aired, despite a widely shared view, articulated by Jonathan Webb (Flextech’s director of interactive media), that it ‘simply did not work as a piece of enhanced TV’ (quoted in Broadcast, 25/11/02).

Fast-forward 10 years and this focus on experimentation and innovation has shifted somewhat: this year’s BAFTA went to series 2 of Psychoville whilst Embarrassing Bodies now in it’s fourth iteration as a multiplatform production, has been picking up awards both here and across the pond, where it recently won a Digital Emmy. But what do these awards tell us?

Two of the key discourses emerging from our research in relation to digital creatives’ understanding of ‘quality’ have been that of ‘use-ability’ and ‘robustness’. These might hardly seem the most exciting markers of quality, particularly when compared to the alignment of quality in television with the visual feasts of BBC blue chip documentaries or costume dramas – but as anyone who tried to buy a ticket on the London 2012 Olympics website can attest: robustness and use-ability matters online. In the world of multiplatform, where the power of broadcast’s loud hailer can lead to many thousands of people logging onto a programme’s associated website, app, ‘product’ or microsite, ‘you have to be ready for them’ (Interview 10): otherwise, as was the case with C4’s Seven Days in 2010, sites will continually fail.

Perhaps the awards to returning formats suggests the iterative modes of production in digital workflows are being valued in the way quality is understood within multiplatform production cultures. Indeed, as a number of C4 executives told us, ‘innovation is no longer enough’ (Interview 89) to justify a discourse of public service quality being attached to such output. In this regard, it is interesting to note that the BBC’s Delivery Quality First document continues to align the value of digital with innovation, rather than aspiring to more articulate and refined notions of quality in the multiplatform sector. In that document, quality is mentioned 41 times and only twice in relation to digital. In each instance, no sooner is quality mentioned in the same breath as digital than the attention is returned to programmes.

And this leads me, finally, to the question of: if innovation is no longer enough, or may only lead to the spectacular rather than useful, what of multiplatform aesthetics? Whilst television might have long established, and largely shared, understandings of what quality might mean – with a particular emphasis on high production values and visual pleasure – as one multiplatform producer observed:

“Beautifully shot” is a very common … TV-person praise. Whereas actually if you call a website beautiful, you can’t think of any other compliment to make about it. There’s no value to beauty there (Interview 29).

And whilst this is true, this doesn’t mean that aesthetic quality has no place in our judgements of multiplatform productions. As another executive told us, ‘I think quality in multiplatform … is a combination of aesthetic design and usability that … can make for a very satisfying experience’. In particular, our research suggests that it is a question of coherence between programme and the offering on other platforms that is pivotal. This might, on the one hand, mean a simple alignment of production values: ‘… we wouldn’t do a cheap nasty film [for the web], it would be TV quality’ (Interview 31). On the other, and at its best, a quality multiplatform aesthetic will go beyond an extension of the look and feel of the programme, and offer users an engaging, deeper, interactive and perhaps intimate experience that enhances the pleasures, knowledges, feelings and information on offer in the programme. As Faye Davis’ assessment of the balancing of spectacle and public service information in Embarrassing Bodies suggests, it is perhaps not surprising in this context that the show has been picking up a number of industry gongs: balancing the personal and the public, spectacular and intimate. And yet it is also a series that has remained innovative via a reliance on robust user-testing. Thus the latest iteration of the format – Live from the Clinic – has included the largely trouble-free use of Skype for live webchats between ‘patients’ and Doctors.

Embarrassing Bodies may not be everyone’s cup of tea as an exemplar of quality multiplatform public service, but it sure beats trying to follow a multi-stream narrative of CGI-dinosaurs with nothing more than a remote control and Kenneth Brannagh’s ‘informed’ scientific narration to guide you! In this regard, if nothing else, Embarrassing Bodies invites us to move beyond innovation as the only marker of quality in multiplatform productions; public service and otherwise. It’s an invitation I hope both the industry and academics will take up. 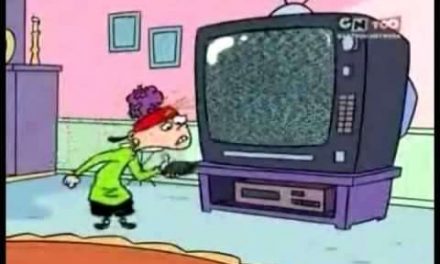 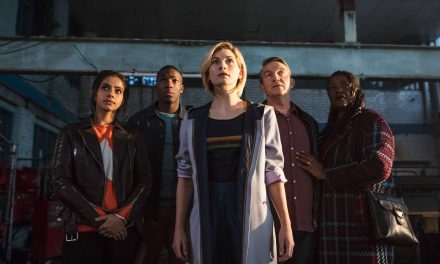