A while ago, Martin Barker invited scholars to discuss the potential for the re-incorporation of Marxist ideas into audience studies. For a short time, a group of us discussed via email how Marxism might be re-introduced to the study of audiences. But very quickly, the group fell silent, largely, I assume as a result of our workloads that kept us from fully engaging in the discussion. Thus, I for one was unable to incorporate the reading of Marx’s Capital, a book in three volumes, two of which are over 1,000 pages long, let alone his whole corpus into my daily schedule. Nevertheless, the discussion made evident how difficult it was for us to ‘unthink’ later responses to Marxism: Hall’s encoding-decoding model, Foucault’s reconceptualization of the circulation of power via the concept of discourse, or Bourdieu’s notion of habitus and the role of taste.

I still haven’t had the chance to read Das Kapital, but in my teaching I have felt freshly invigorated in regards to these responses, particularly when it comes to introducing them at Masters level.

As a result, I was rather surprised to find that on one masters-level module, most students embraced significantly earlier, and less nuanced or critical responses to Marx in relation to globalisation. Several of them happily discussed Americanisation and the Cultural Imperialism Thesis as if they were a matter of fact. Considering Schiller’s work was first published in 1969, that’s nearly 50 years of research highlighting that things are much more complex in the world of global media production, distribution and consumption thrown out with the bathwater. The most sophisticated response came from someone who nevertheless happily engaged with ideas of homogenisation without considering American culture as inherently hybrid and without recognising how such hybridity makes this culture significantly more culturally proximate to most other cultures. American culture in these students’ work has (re)emerged as the monolith that needs to be critiqued in ways that we haven’t been able to do since… well I guess, since 1969.

The thing that strikes me about this is that there seems to be a more general wish to return to narratives that allow for a broad view onto the world: to theories that offer us Weltanschauung, the German word often understood to be synonymous with ideology, though its connotations suggest a significantly more active stance than that of ideology. Martin Barker, who clearly had read Das Kapital, probably wanted to return to Marx because he realised that his ideas were actually more complex than we often assume. But for me, the original impulse was connected to the hope of putting greater emphasis on issues of power in my own work. Perhaps our wish for more globalising theories is not surprising considering the rise of ideological thinking in our political world: Trump, UKIP, Le Front National, die Alternative für Deutschland (AfD) all suggest a return of fascism which, on the left, is largely countered by a return to socialist ideas that often misunderstand some of the complexity that is evident in daily life (i.e. that clearly don’t want to engage with or have not yet encountered Bourdieu, for example).

It follows, then, that our increasingly re-politicised students (and I can hear a lot of you say ‘yay’) use similar theories in order to critique the media. That too, should surely be a reason to celebrate, indicating that what Toby Miller has called Media Studies 3.0 – a return in our field of the focus on issues of power – has now filtered through to our students. But I wonder if this is what he had envisaged. Surely, the return of the focus on power should not go hand in hand with a re-infantilisation of audiences? Surely it shouldn’t go hand in hand with methodologies that infer impact on the basis of texts? And, most of all, it should not go hand in hand with a decontextualisation of these texts from their cultures of production, distribution and consumption?

Perhaps such a decontextualisation is also not unsurprising considering the amount of narratives circulating about media and their power that do not provide enough context themselves. How often, for example, did you have to roll your eyes in the last year when you heard yet another story of the death of broadcast television and the marvellous success of Netflix? Look, Netflix has now 7 million subscribers more than they had a year ago! Yes – considering that they launched their global strategy about a year ago and expanded within that year into nearly every global market, that is perhaps a rather bathetic figure. The issue then, it seems, becomes critiquing narratives of power themselves.

Interestingly, this was precisely the content of papers and articles that I’ve heard and read recently that I thought were most convincing and radical: Shakuntala Banaji’s keynote at MeCCSA 2017, for example, did not simply discuss forms of audience participation in India, but rather questioned narratives of digital empowerment as provided by both media scholars and policy makers. Similarly, Elizabeth Evans, in a forthcoming article for Critical Studies in Television, undermines narratives of activity versus passivity in our conceptualisation of different media. Crucially, both of their research projects are based on extensive empirical research that precisely stepped away from assumptions of what we know in order to be able to look at what was actually going on. In that way, they were able to emphasise that power is also reimagined and circulated in the way that power itself is conceptualised. Developing such a meta-critical understanding of power might, however, be a step too far to expect from our masters-level students.

The question then remains: how do we harness the exciting and encouraging interest of our students – and ourselves – in question of power? And how can we make sure that in this return to power we do not lose sight of the nuances that determine our daily, complex, media lives? 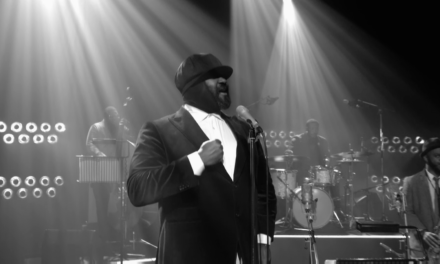 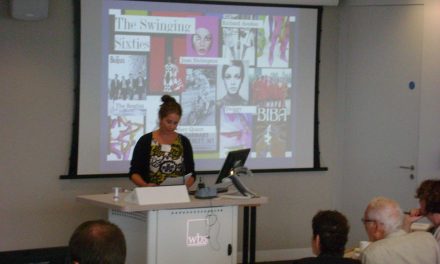