Big changes are taking place at Sky, even before the much anticipated buyout of non-Murdoch shareholders by Fox. This buyout is currently awaiting approval from Ofcom and the relevant minister. At least that isn’t John Whittingdale any more, but Karen Bradley is scarcely one to stand up to the all-powerful Murdoch machine. Few people expect the government to veto it. All the shareholders can do is demand an unreasonable amount of money, or, as a group, refuse to sell. Such a scenario, if offered as fiction, would be rejected as implausible by any drama commissioning editor.

So what’s going on at Sky? Stuart Murphy has been replaced by Zai Bennett, a change of executives that has led to resignations in the commissioning team and a reversal of Sky’s increasingly ambitious commissioning policy. There are two possible explanations for the commissioning policy change. The first is the anticipation of Fox as aggressive sole owners, taking control and determined to wring the last (devalued) pound out of their asset. The second is that this is the first concrete sign of an industry-wide problem: over-investment in premium content.

Sky has been in competition with the likes of Netflix and Amazon as well as the terrestrial broadcasters for premium content to run on Sky Arts and Sky Atlantic, and to bolster their online binge-viewing offer with prestigious box-sets with a long shelf life. Idris Elba did a series of flash commercials emphasising the box set strategy, and a significant proportion of it was UK-originated content. They had money in The Act of Killing (I never thought I’d hear the words Oscars and Sky in the same sentence). They were commissioning from Nick Broomfield and Werner Herzog. They had comedies like Trollied and Julia Davis’s Hunderby and Camping, dramas from Ashley Pharoah and Charlie Brooker; The Enfield Haunting, Fortitude, and Karl Pilkington’s An Idiot Abroad. It was a far cry from the Sky of the early 2000s which was repeatedly criticised for putting next to nothing into UK production.

The ambitious commissioning strategy dates from Murphy’s arrival in 2009. By 2014, Sky was spending £600 million a year on originated entertainment and factual production from the UK. Recently, they have made high profile documentaries like The Fall (about Zola Budd) and pulled off stunts like Giles Coren’s Fake which involved substituting fakes for famous gallery paintings. Sky really was beginning to feel like a proper broadcaster at last, and even in 2012 Murphy was able to declare to Broadcast that “Sky is taking risks that free-to-air cannot”.

No more. Zai Bennett, who replaced Stuart Murphy recently, “is pulling the plug on factual programming in favour of Hunted-style fact ent formats and Big Brother-esque entertainment events” according to Broadcast . “Sky Atlantic will continue to air two feature docs a week from its US suppliers HBO and Showtime, including films such as Beware The Slenderman and Carrie Fisher’s Bright Lights, and Sky Arts will continue to buy docs, but the Osterley-based company will move out of originations. Instead, Sky will return to the entertainment genre for the first time since it cancelled Twenty Six 03’s music quiz Bring The Noise”

Bennett pleads “We can’t do every genre. We’ve got to make some hard choices. It’s a very crowded area in free-to-air.” But the back catalogue approach is still valid, surely? Sky needs to have its own premium content to justify trying to charge its subscribers over £400 a year for a basic service (the superslim OTT service Now TV is available for a mere £120 a year though, if CST editors allow me to mention it) editors note [1]this CST editor has reluctantly caved and subscribed – £5.99 a month – bargain!. It cannot simply rely for premium drama on a contract with HBO which might be snatched away by a competitor (which is how Sky got it in the first place…).

So it really looks as though there is something else going on. Lurking in the background is football, of course. Sky is in a battle to the death with BT for big sports rights (with Virgin, now owned by the US group Liberty Global) also in the fight. The only beneficiaries of this are the big clubs and their famously overpaid stars. Sky has paid £4.2 billion (not a misprint: billion) for its current Premiere League package. Compared to this, the investment in premium entertainment content looks like value for money, but apparently Osterley Towers think differently. The real losers in this battle are the viewers: football fans because they have to pay out subscriptions to no less than three suppliers to get their full fix, and the rest of us because there will be no more Fortitude.

Perhaps this is also the first sign that the current boom in original drama is coming to an end? This was certainly the question floated last month by the trade journal TBI, with ominous comments like “shows find it difficult to break through” and “there is fierce competition for the available talent”. The Netflix boast about the £100 million they paid for The Crown may seem in retrospect to have been the zenith of the boom. A Lehman Brothers moment is possibly on the way. Certainly, Netflix are so notoriously guarded about their real figures that there are those, like me, who think its business model is simply unsustainable. If you doubt this, try asking what the reputed £100 million actually bought? Was it the series we can see now, or one that would stretch out all the way to the present… if it ever gets made?

That is one explanation for the 180 degree turn in Sky commissioning. The other is the Fox takeover. Sky is reducing forward commitments in programme investment, which is probably sensible given what might be coming. The post-Brexit 20% devaluation of sterling has hit returns Fox from the UK market, even though the Murdoch press pushed for leaving the EU. But there may also be another, more canny, reason for the shift. Sky’s UK managers want to defend Sky News from Foxification, and so need to be as financially robust as they possibly can. Sky news certainly is more expensive than a localized version of Fox News would be. So perhaps adventurous commissioning has been sacrificed to save us all from a deluge of “Fake News” from Trumpton? 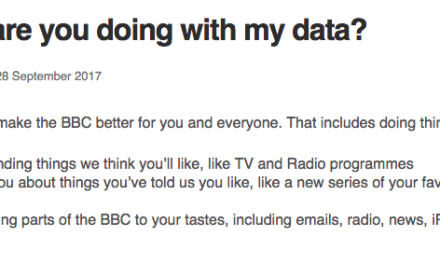 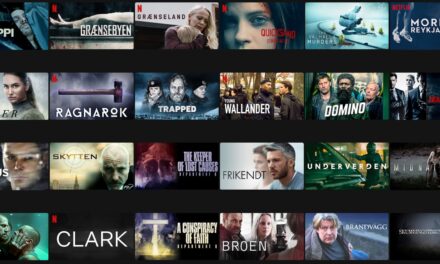