WHERE HAVE ALL THE PMS GONE? (BUT DON’T MENTION THE WOMEN) by Christa van Raalte and Richard Wallis

When it comes to the shortage of Production Managers there’s a coyness about stating the blindingly obvious, argue Christa van Raalte and Richard Wallis

The shortage of Production Managers and Coordinators has become a hot topic. It was highlighted in the recent Screen Skills review of unscripted television, with some of the underlying issues further discussed in Adrian Pegg’s impassioned Broadcast article. These accounts recognise that people in production roles are undervalued and underpaid.  PMs often bear the brunt of additional work created by change (from Brexit to Covid), given increasingly more to do with less time to do it. Under these conditions it is not surprising that it is difficult to attract new talent or retain the industry’s most experienced PMs.

Curiously, however, what is conspicuous by its absence in this lively conversation is reference to the gender factor. Neither the ScreenSkills report nor Pegg’s article even mention it.  But to state the blindingly obvious: the vast majority of these are roles undertaken by women. Exact statistics are simply not available in this shifting, largely freelance environment, but the Creative Diversity Network reports that 84% of Heads of Production are women. Given that the gender profile of the TV workforce becomes increasingly male both in the over-40 age brackets and in more senior roles, it is reasonable to assume an even larger majority at more junior levels.

The extent to which women gravitate (or are funnelled) towards less valued, less well-paid roles, and the extent to which those roles are under-valued and underpaid because they are typically done by women, is a much wider historical and sociological question. For UK TV in the 21st century the fact that most PMs are women is a major factor in the industry’s retention problem.

Television’s talent pipeline is seriously leaky.  The reasons have been explored in a number of personal accounts such as this one in Broadcast, and most recently in the new ‘talk-tv-with-jt’ podcast. Highly skilled, experienced people are lost to the industry as they decide they are no longer prepared to sacrifice their financial stability, work-life balance and mental health on the altar of entertainment. And the numbers tell us that this ‘brain drain’ affects women to a far greater degree than it does men.

Women in their forties too often make the decision to leave the industry, or to demote themselves to less responsible or less volatile roles. The most common reason given is the incompatibility of TV with family responsibilities. Why it is women, rather than their male partners (often pursuing parallel careers in TV), who predominantly shoulder these responsibilities, is again beyond the scope of this article. What is clear, however, is that those roles that are dominated by women are especially vulnerable to the mid-career brain drain. And of course PMs have a particularly well developed set of transferrable skills, meaning that the world outside TV offers them many opportunities, while the lack of respect they too often encounter in the industry, and the increasing degree to which production can be cut off from the ‘creative’ realm of editorial, may mean PMs feel they have less to lose in terms of job satisfaction by pursuing alternative careers.

If UK television is serious about addressing the PM shortage, it needs to be honest about what it will take to retain the highly skilled, highly experienced women who keep it afloat.  Many of their needs are the same as those of their male colleagues: rates commensurate with the demands and responsibilities of the role, recognition and respect; better integration of editorial and production; a halt to the trend towards expecting more for less. But there also needs to be a more realistic approach to work-life balance and in particular to family-friendly employment policies. Fig. 1: In the current climate, balancing between work and family is regarded very much as the women’s problem to deal with.

Wider cultural change is also needed. Currently the balance between work and family is regarded very much as the women’s problem to deal with. Many, it seems, still believe in a natural law of TV that dictates that women (although not men) must choose between family and career; that women (although not men) with children inherently lack the necessary ‘commitment’ for the job. These views are held by people (mostly, although not exclusively men) who purport to espouse liberal values. This failure to modernise attitudes and to take responsibility for the (entirely man-made) way the industry operates is backfiring in a spectacular manner. TV is losing good people, losing great women, and specifically losing production staff who cannot be spared.

The industry as a whole needs to accept that it is in its best interests to recognise and address the needs of working mothers if they want to retain talent.  Those employers who currently fear they cannot afford to offer flexible working arrangements, job-shares or indeed contracts that stipulate reasonable working hours need to recognise that in the long term they cannot afford not to, if they want access to a high quality workforce. Otherwise we will be continually wondering: where have all the PMs gone?

Dr Christa van Raalte and Dr Richard Wallis are co-authors of two recent industry reports State of Play 2021: Management Practices in UK unscripted television  and Disability by Design: Representation in TV.  They have also written two forthcoming academic articles related to this theme: Britain’s got talent? A critique of the ‘talent pipeline’ crisis in the UK’s film and television industries and More than just a few ‘bad apples’: The need for a risk management approach to the problem of workplace bullying in the UK’s television industry. 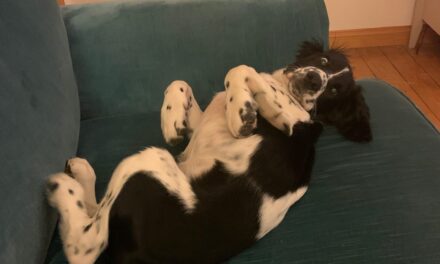 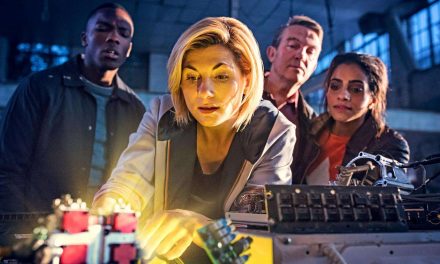 ONE OF THE GANG OR STAR OF THE SHOW? by James Chapman