The sixth episode of the recent season of HBO’s Game of Thrones, ‘Unbowed, Unbent, Unbroken,’ ended with Ramsay Bolton raping his new bride, Sansa Stark, as Theon Greyjoy/ Reek is forced to watch. In the days following the episode, many cultural commentators – from bloggers to journalists – took to the internet to condemn the scene and, in many cases, to express their refusal to continue watching the panoply of horrors visited on the women of Westeros. Many criticisms, of the show entire and the scene in question, are couched in moralistic terms which curtail discussion and debate about a range of social themes and issues, as suggested by Sara Projansky in her book, Watching Rape: Film and Television in a Postfeminist Culture (2001). 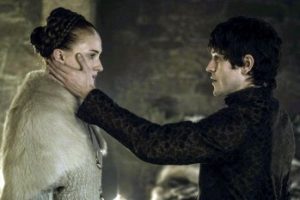 To be sure, the Game of Thrones storyworld is fraught with danger and violence which is de rigeur for both the narrative and HBO in their reputation as ‘not TV,’ that is, freed from the strictures of network and basic cable television. In the past five years, we have witnessed brutal and savage acts of torture and violence: decapitation, castration, and murder most foul (homicide, regicide, patricide, infanticide). GOT has also been controversial for its portrayal of sex, nudity and, of course, rape. Indeed, the season four episode, ‘The Breaker of Chains,’ attracted similar controversy and subsequent debate about misogyny and objectification of GOT’s female characters. As in the real world, rape is du jour in the Game of Thrones world (although certainly not as frequent).

One of the ways in which the HBO series is being criticised is via the relationship between source and target text. Writing for A.V Club, Sonia Saraiya’s article, ‘Rape of Thrones,’ asks ‘Why are the GOT Showrunners Rewriting the Books into Misogyny?’ Sariya focuses on the way in which a consensual sex scene between Cersei and Jamie Lannister (‘The Breaker of Chains’) turns into rape at the hands of the adapters; and that not much has been said about an early scene between Daenerys Targayen and Khal Drogo which, in the books, is prefigured by a request for consent which the TV serial omits. In relation to the Sansa Stark episode, the adapters once again revise the book’s contents. In Dance of Dragons, Ramsay Bolton marries – and rapes — Sansa’s childhood friend, Jeyne Poole. Despite Robert Stam’s intervention into adaptation theory a decade ago, it seems that fidelity does matter a great deal to some audiences. Revising and reinterpretating material from book to TV means that these sequences are charged with opprobrium principally because of an illicit act of translation – or, rather, mistranslation. 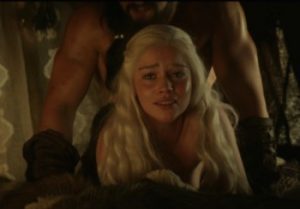 GOT is often described as both feminist and anti-feminist by commentators and fans alike. In Women in Game of Thrones: Power, Resistance, And Conformity, Frankel argues that there is certainly ‘a spectrum of strong women’ in the series and books, but this is undermined by

a number of characters who resort to sex to get ahead or abandon all trace of womanhood as a path to power leaves very few women playing the game of thrones in their own right, and even fewer who enjoy being female. As behavioural models, most of these are sadly lacking’ (2014: 1).

The popular feminist blog, ‘The Mary Sue,’ posted that the website would ‘no longer be actively promoting the HBO series Game of Thrones’ due to the raping of Sansa Stark: ‘rape is not a necessary plot device. Really think about that before shouting “creative freedom” in our direction please. The show has creators. They make the choices. They chose to use rape as a plot device. Again.’ Of course, the ultimate irony here is that Mary Sue’s declaration of non-promotion operates as promotion, much as the censorship campaign of the UK government, The Daily Mail and Mary Whitehouse actually advertised the so-called ‘video nasties’ as a taboo artefact – and thus made them much sought after.

Contra Frankel and The Mary Sue, many people see GOT ‘as feminist, especially since it has a large female audience, including a vocal internet fandom whose members often self-identify as feminist’ (Ferreday, 2015). On the blog, Angry GOT Fan, ‘Servant of Ice’ writes that

There is something we in the real world ignore. We don’t care about sexual violence until it impacts us […] By putting Sansa, our beloved virgin and honourable woman in danger, we are seeing the reality of life. It is not just women and children but men in prison who live in real fear of being raped.

Whether or not GOT can be read as either feminist or anti-feminist is beside the point, I think, but does demonstrate the text as a rich and polysemic narrative. I am not setting out here either to defend or celebrate GOT for the creative choices made in this, and other, episodes, but to suggest that there may be a way to be more thoughtful about representations of rape and trauma in popular culture. Is it possible that representations of rape have a ‘prosocial’ value and actively conduct ‘cultural work’? Can we think beyond that old chestnut: that representing rape equates to a promotion of rape? In one way, GOT is fantasy, a genre that has, on the one hand, been maligned for conservatism and, on the other, celebrated for being politically subversive.[1] But, as a fantasy, it draws upon large real world issues, issues that the text renders more visible and is then capable of confronting serious social and cultural issues. 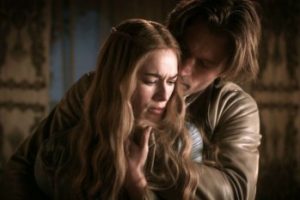 I remember only too well my own first encounter with representations of rape. Some readers will remember that in the UK soap opera Eastenders (1988), Kathy Beale is raped by her boss, Wilmott-Brown, in a scene that absolutely horrified me at the time and, indeed, continues to have an impact on me to this day. I could not believe what was happening on screen and was struck dumb for hours following the episode. Indeed, the experience has never left me and was a formative lesson. I was fourteen years old in 1988 and I believe that this was truly the first time that I understood what rape actually was: a non-consensual, sexual assault on another person. I recently re-watched the scene while writing this post and found myself reliving the remembered experience which, I believe, had a pedagogical, prosocial value. Each and every time I read or hear the word ‘rape,’ this is what is conjured in my mind and the horror I felt as a teenager returns with a vengeance. And a welcome vengeance it is, too. 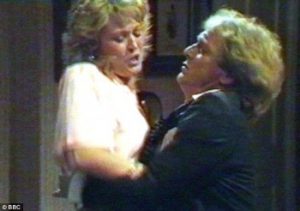 Other representations of trauma may have a prosocial value, too. Indeed, one of the ways in which trauma is worked through is via popular culture as argued by E. Ann Kaplan:

Trauma can never be “healed” in the sense of a return to how things were before a catastrophe took place, or before one witnessed a catastrophe; but if the wound of trauma remains open, its pain may be worked through in the process of being “translated” via art.

Metin Basolglu, the founder of trauma studies at the Institute of Psychiatric Research, Kings College London, argues that the media should not ‘encourage a culture of avoidance,’ but, rather, encourage exposure to narratives of trauma. ‘Exposure to trauma reminders provides an opportunity to gain control over them,’ states Basoglu.

Taking this into account, in what ways does GOT, and, by extension, other representational spaces, ‘provide a potential space for change through speaking out about silenced experiences of trauma’? (Ferrday, 2015: 21). Should we not consider GOT, and other representations of rape, within the ‘context of a wider culture where women’s accounts of rape are routinely silenced’ rather than engage in censorious discourses that seek to ‘shut down’ such representations, to silence them in a way that opposes real, lived experience that is ‘already in the process of being denied and silenced’ (25)? Writing for The Guardian, Barbara Ellen asks: ‘why are people so upset about a scene in a TV show and so indifferent to real-life rape cases?’:

In the context, of the show that GOT is known to be, it seems genuinely odd that, for all the horror of the crime, Sansa’s rape has generated such censure, including from US senators. A cynic might ponder: well, wouldn’t it be great if society took real rape as seriously as some people want a fantasy TV drama to take it?

Ellen provocatively argues that the scene was not remotely offensive to her; that the scene – and representations of sexual assault in drama generally — was not ‘sexualised, trivialised nor normalised’; that Ramsay Bolton is a ‘character so drawn text-book evil that rape is an entirely credible action for him.’ In other words, within the GOT storyworld Ramsay’s actions are not only predictable but expected. After all, this is a man who has castrated, flayed and hunted other characters with relish. 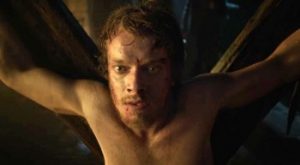 For me, this ‘scene in a TV show’ has successfully sparked a series of debates about rape whereby the programme ‘becomes a site of struggle,’ ‘a space for a potential opening up of feminist [and other] debate[s], but also of violence, backlash and closure’ (Ferreday, 2015: 34). Given the brevity of this post, I want to state that I have only touched on some of the discourses and issues here, but wanted to use this space to ask some questions that move beyond sanctimonious finger-wagging of ‘the morality police.’ In The Guardian, Sarah Hughes asks: ‘how much more can the audience take?’ Firstly, I am certain that ‘the audience’ will be fine. And secondly, how can we begin to answer that rhetorical question without speaking to audiences? Rather than reading off of the text and offering deterministic, moral judgements are there other issues to consider? Citing Schlesinger at al’s ethnographic research on screen violence, documented in Women Viewing Violence (1992), Martin Barker and Julian Petley explain that ‘for many women there is an important distinction between finding something disturbing and nonetheless wanting it to be shown’ (1991: 4). More than this, the follow up study, focusing on men this time, demonstrates that male subjects reacted ‘even more strongly than in the case of women,’ and that ‘a line was drawn between “realistic violence” – which could make you stop and think – and “unrealistic violence”,’ such as that depicted in the Hollywood films they viewed (in this case Basic Instinct and Under Siege).

Taking this into account, what ‘portfolios of interpretation’ do consumers of GOT possess and use to construct meaning and interpret scenes of this kind? It is ‘its purpose and meanings, both within individual media items and the wider circuits and currents of feelings and ideas that accompany it, that have to be examined’ (ibid). It is time to take these issues to Game of Thrones’ viewers and begin asking these important questions.

As for Sansa Stark? I am absolutely certain that she will have her day, no matter the trauma she endures on the way.

Many thanks to Martin Barker, Ann Luce and Clarissa Smith for reading a draft of this and offering valuable feedback. I am also indebted to Debra Ferreday’s article which is insightful, productive and highly recommended (Australian Feminist Media Studies, 30: 83, 21 – 36).

William Proctor is a lecturer in Media and Culture at Bournemouth University, UK. He has published on a variety of topics including Batman, James Bond, The Walking Dead and Star Wars. At present, William is writing a single-authored monograph based on his PhD thesis titled: Regenerations: The Reboot Phenomenon in Comics, Film and TV; and a Palgrave Pivot monograph, A New Hope?: Industry, Audiences and the Star Wars Renaissance. He is co-editor of the forthcoming anthology, The Scandinavian Invasion: Perspectives on Nordic Noir (2016). William is director of ‘The Force Re-Awakens: World Star Wars Audiences,’ a global ethnographic project inspired by Martin Barker’s Lord of the Rings and The Hobbit studies. ​ 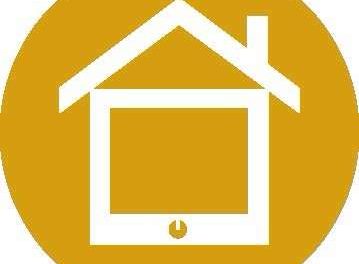 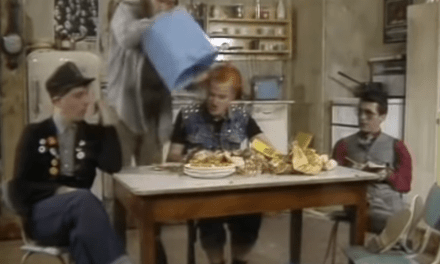 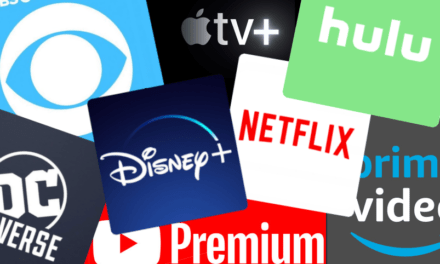