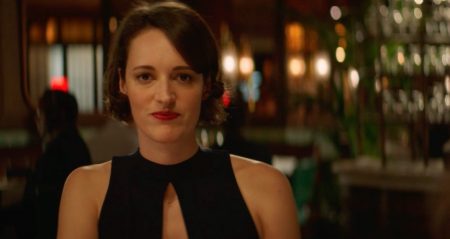 Note: contains spoilers for series one and two.

There is something about Phoebe Waller-Bridge – creator, writer and protagonist of the much acclaimed and multi-award-winning TV series Fleabag (2016-2019). She has the ability to “crack you up, shock you and break your heart, all in the span of a few minutes” says American singer-songwriter Taylor Swift, who is set to co-host Saturday Night Live with Waller-Bridge in early October. But her abilities do not end there. Waller-Bridge is a tremendously talented actor and a fiercely intelligent writer who says all the things we are thinking but dare not say. She also cleverly uses comedy, honesty, her relationship with the camera, and fixed social norms about women to challenge and shock audience expectations, while drawing them into a breed of dark comedy, that is original, very funny and highly entertaining.

Fleabag is about a 30-something year-old woman living in London, who is dealing with bereavement, has a considerable appetite for sex and dating, and runs a failing guinea-pig themed café. It explores such themes as grief, families, uncomfortable truths, and broken people, desperately trying to find meaning. It also puts menstruation, faking orgasms, mental health and feminism at the centre of its narrative. All rather prickly and socially awkward subjects, that are rarely discussed or spoken about openly. Fleabag is also how we refer to Waller-Bridge’s on-screen character because we never learnt her real name in series 1 or 2. Though this quickly pales into insignificance as we come to know her on a much more intimate and personal level.

The intimacy Fleabag creates, comes from the fact that she frequently breaks the Fourth Wall. She talks to camera a lot, and uses her facial expressions, body-language and gestures in such a way that allows us to delve into her deepest, darkest, most private thoughts. This manipulates the audience so that despite not liking her to begin with (and I will explain why below), she soon builds audience complicity, trust and a sense of intimacy. In fact, the level of honesty she makes us privy to, is usually associated with that of a very close friend, or an excellent therapist, and we begin to feel like both. As we watch her navigate her way between a non-filtered conversation with us, and the way in which she externalises this to the outside world, it is not too difficult to begin relating with her on a very unique level. 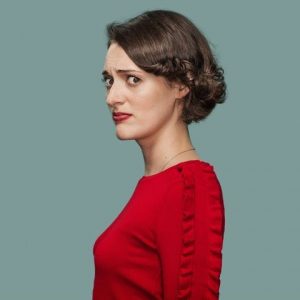 She becomes more likeable as we start to realise that humour and sex are Fleabag’s ways of distracting from the pain she is experiencing. Confronting the pain of bereavement (her mother and best friend have recently died), a non-communicative father, and an unapproving stepmother seem overwhelming. But all the characters are going through their own pain and dealing with it in their own muted ways, where the issues are never really addressed, talked about or even identified: only ever skirted around, as this seems to be by far the easiest option.

Fleabag, however, faces these issues head on, and does so with humour and skill, moving quickly between comedy and drama to keep the audience on our toes and off-balance. We are whisked through scene after scene of situations that are uncomfortable, but tackled nonetheless. And it is this head on approach, which is also, perhaps, a reflection of the society we are currently in. Of moving away from the glossing over of uncomfortable truths and more towards addressing them. This is what Michel Foucault has termed the Califorinia Cult of self-care, an era where psychology and/or psychoanalysis are turned to in order to offer ways of self-management and understanding.

This clip sheds light on Fleabag doing just that. Only in true Waller-Bridge style, just when we think she is progressing from the first series – where she is very much defined by her sexual currency, desirability and validation, or seeking sex as a way of “deflecting from the screaming void inside [her] heart” – she drops the “I want to fuck a priest” bombshell and throws us all off balance again. This scene is a fine example of Waller-Bridge’s brilliance as a writer, and perfectly encapsulates Taylor Swift’s description of her above.

To conclude, the show is wonderfully devoid of conventionally feminine gender stereotypes, and unapologetic in its protest of typecast representation of women. What is more, I believe, it will go on to become a classic British comedy, in much the same way as Fawlty Towers (1975-1979) and The Office (2001-2003). For as Julian Symons notes in his introduction to George Orwell’s Animal Farm (1993), Orwell’s readiness to say uncomfortable things is one of reasons he remains so highly valued today. Therefore, there is an enduring gratitude towards someone or something who expresses values, views and beliefs that are difficult to articulate. Fleabag does this effortlessly, with a relatable side dish of good, bad and foolish. And for that we thank her.

Nektaria McWilliams is a PhD film studies student at Oxford Brookes University. Her research project is on Greek diasporic audiences in post-war rural Australia, their memories of cinema-going, and the impact of watching Greek films during this era. She is a big fan of qualitative analysis, memory studies and popular culture – in all its historical and contemporary forms. 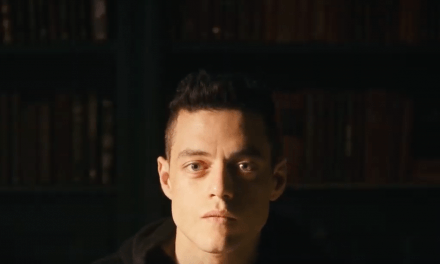 MR. ROBOT – PART THREE: ‘…THE VOYEURS WHO THINK THEY AREN’T A PART OF THIS…’: MR. ROBOT AND THE SUBJECT by Jack Black 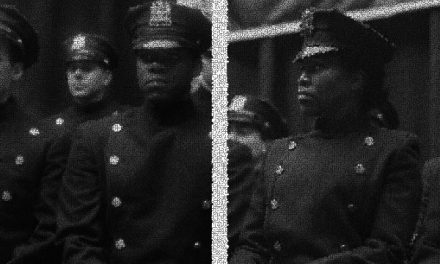