Even in our near-miraculous coverage of the Olympics, I would say that we’ve taken – joyously – our capacity to present and distribute existing forms of content to their natural limits rather than innovate to discover genuinely new forms of content. Yet it’s the quest for this – genuinely new forms of digital content – that represents the next profound moment of change we need to prepare for if we’re to deserve a new charter.

In his first speech as Director General of the BBC, George Entwistle, made a bold statement of intent about the Corporation’s future: it would no longer be sufficient to merely distribute linear content online as a means to secure the digital future of the UK’s leading public service broadcaster. In my first guest post on CST, Is Multiplatform a Dirty Word?, I discussed how the BBC’s experiments with new forms of multiplatform content had been effectively overtaken and suppressed by the success and emphasis on the iPlayer. 6 months later – is the BBC really ready to do a complete 360, and invest in the experimentation, innovation and risk that comes with the charge of creating ‘genuinely new forms of digital content’?

Entwistle’s speech came two days prior to the launch of our industry report on multiplatform public service content creation and the Indie sector (available free to download here) and conference, cowboysorindies.co.uk, examining 30 years of Indies’ relationship with C4 and the BBC.  Entwistle’s words became something of a touchstone for the day’s speakers, particularly Richard Davidson-Houston (Head of Channel 4 Online), who welcomed the potential competition between the BBC and Channel 4 in this space. But the words were also greeted with cautious enthusiasm across the day: what exactly did Entwistle mean by this clarion call, and how could independent producers respond to its invitation?

Our research revealed that many Indies felt they had effectively been ‘burnt’ by the BBC’s previous experimentations, and U-Turns, in the creation of ‘genuinely new forms of digital content’ over the past decade, with the cancellation of BBC Jam and Online expenditure freeze representing particularly traumatic moments for the BBC’s relationship with Indies. The constant shifts in the BBC’s approach to multiplatform commissioning have left the independent sector dizzy:

‘I have got absolutely no idea what the vision at White City is over the forthcoming, or last year and the forthcoming years, as to what its multiplatform strategy is’ (IV19).

Unlike their television counterparts, who rely on the PSBs for over 80% of their commissions annually, the digital production sector has a wide and international range of clients – with the UK market for public service digital content alone estimated to be in excess of 10 times the size of BBC’s annual online commissioning budget. In this climate, we may not expect companies to rush to return to the BBC to work on delivering Entwistle’s vision for the future.

Two further obstacles may prove significant stumbling blocks for the creation of genuinely new forms of digital content at, and with, the BBC:

I want to focus on the second of these points in response to Entwistle’s speech. Across 100 interviews with workers in the independent production sector and broadcasters, we found that there was a shared conception as well as economic and cultural investment in PSB. PSB can thus be understood as a production mode or production culture that forms part of the lived experiences of those who work in the sector: promoting risk, creative freedom, editorial balance, rigorous research and ethical production processes.

However, our findings also suggested that what was most at jeopardy in the on-going ‘public service compact’ between Indies and the PSBs was the investment in risk by both sides of the coin. Interviewees highlighted an ‘aversion to risk’ by the BBC and Channel 4 in their approach to both editorial policy and technology.  The first point would be a blog post or article in itself, and includes Indies’ own risk aversion: largely born of the need to produce returnable and sellable formats.

So I want to conclude on this second point about technological risk. Internally, Entwistle’s call for new forms of digital content must first overcome a production culture that is television-centric and, as many interviewees argued, has become ‘risk averse to any integrally 360 ideas’ (Interview 10). This aversion to risk in multiplatform is partly due to the success of iPlayer, which ‘ticked the box’ of digital for many producers (IV27). It is also, however, due to the lessons the Corporation learnt from its first and second phases of UK multiplatform production(see Bennett, Strange, Kerr & Medrado, 2012): experimentation in ‘genuinely new forms of digital content’ can produce few hits, and many multiplatform projects during the early- and mid-noughties delivered insufficient audience size, quality scores and impact to represent value for money. In an era of neoliberalism and tightening constrictions on licence fee expenditure – not least in online where commercial rivals are primed to call the BBC’s activities ‘colonisation’ or ‘unfair competition – the BBC will need to become ‘comfortable with a different level of risk’ (IV49) in multiplatform and digital work to make Entwistle’s vision a reality.

The biggest risk will be to accept that in a bid to create ‘genuinely new forms of content’, failure will be an inevitable by-product. Television buries its failures in the endless flow of the schedule and the emphasis on now and what’s next. Failures in digital tend to hang around and remain visible for much longer: to leave a ‘long tail’ or stench, so to speak. As one interview explained, in digital

‘Risk taking is not only the norm, it’s the thrill … because the cost of things is so much lower that you can try something, put it out there, see how it will do, learn from your mistakes’ (IV17).

I, for one, hope the new DG’s vision is realised – building on the lessons from the BBC’s previous experiences and without too many stinkers along the way! 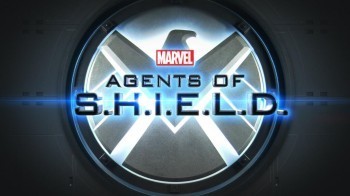