For this watery blog, I would like to briefly explore the way, contemporary television can be experienced as a wet technology, the televisual can be felt as a wet aesthetic, and the viewing experience can be one defined by its wetness. It is not that other sensations and senses are being activated, or that television wetness always prevails as message, sense and sensation. Rather, the suggestion here is that when wet technology, wet text, and wet reception align, one feels as if one is watching water, is immersed in water, and that one is wetted by the experience.

This feeling of being ‘enwatered’ (D’aloia, 2010) is potentially liberating since the edges of the screen, the formal and thematic confides of the text, and the bordered body watching, flow into one another allowing one to float away, free of technological, aesthetic and carnal constraints. I imagine television wetness emerging most powerfully in the context of the ‘dry’ domestic space, giving floating life to an environment that by and large represses a version of the wet experience. And yet, within this waterscape, wetness also emerges to confirm the liquid nature of modern life, to affirm gender binaries, and to secure viewers as bodily beings that (we are instructed to believe) need ‘dry land’ to function.

The modern television can be readily viewed as a wet technology, its liquidity confirmed in terms such as liquid-crystal display, and Plasma, and the way televisions are advertised. For example, the Pioneer PureVision Black Plasma TV   magazine advert (2006) is composed of a giant human eye that appears to be crying other different sized eyes; they appear like finely defined droplets connecting crystal clear vision with the purity of water.

For the 2008 Samsung 70-inch LCD panel ‘Introducing Brightest Outdoor Display’ magazine advert, a television housed in the garden, with a picture of a bikini clad model, sunning herself on an exotic beach, by ocean’s edge, is hosed with water. The television is so hot that it needs to be cooled down, like the imagined (male) viewer who is being enticed to purchase it. The white heat of liquid technology is brought under control, into life, by water, by watery masculine and heterosexual desire.

The 2002 Aquarius Print Ad for the Philips LCD monitor has a medium shot of a beautiful mermaid, her hair covering her breasts, approaching the monitor whose screen is filled with blue pool water. She also needs to cool off, is ready to jump into the screen, so realistic is the watery image before her/us. Aquarius is a water bearer, while the Age of Aquarius conjures up the dawn of a new utopian age, a watery re-birth, which this advert is implicitly suggesting is happening through its Liquid crystal screen technology.

For the 2007 Panasonic Viera Plasma television advert, two friends are for the first time sat watching a nature documentary on their new ‘42 inch, high def’ plasma TV, as all manner of life pours out from the screen and into their living rooms.

With the camera on the two male mates, wide-eyed in front of the watery vision before them, the voice over from the documentary reveals, ‘…and here we see one of the true miracles of nature, as the salmon fights its way up stream’. The shot then cuts to a long shot of the television itself, the two mates on either side of the frame, as water pours from the screen and a salmon leaps out, landing on the lounge floor. As the documentary progresses other animals emerge until we learn about the mating habits of the elephant, with the male being able to produce ‘up to 2 litres of semen’. This is the cue for semen like liquid to fly out from the screen and onto the face of one of the mates. The advert is of course suggesting that its screen is so well defined that it is like being in the screen world, while also being able to have the contents of the screen world pour into the home, wetting one’s televisual experience, drenching the domestic space.

Of course, being wet in three of these adverts so far described is about sexual arousal; desire for the model on the beach; desire for the (wet) naked mermaid; and a deferred desire that ends with a wet ejaculation. Wet technologies, such as the latest designer televisions, often induce arousal in those drawn to its elements. Mechaphiliacs become wet, aroused, erect, by the technological apparatus itself. One can also argue that human beings are wet technologies, made of water, blood, plasma, with a ‘primordial sense of liquid or fluid and…   an (unconscious) memory of the in utero state’ (D’aloia, 2010), which television activates, drawing upon their ‘hydro- knowledge’ (Ibid) of things.

The contemporary high definition television experience often offers viewer’s wet, immersive encounters, drawing them into aesthetic pools, and watery scenes of belonging, attachment, excitement, and loss. Wet television aesthetics include the fluidity of the camera, rapid editing, liquid graphics, watery colours, water-based settings, and the microscopic attention to water based matter including droplets, rain drops, ripples, and fluids found in the organic, the bio-medical, the industrial, the bodily, and the spatial. Sherlock (BBC, 2010-) is very much a watery text, with an aesthetic that spills itself onto the screen; colours often merge with reflections from puddles or rain on window pains; the heavily mobile camera captures in microscopic detail the composition of fluids through its forensic, analytic thematic, taking the point of view of Sherlock as human bodies and animals reveal their history, guilt, DNA, watery innards, through liquid traces and reveals. The series editing and narrative structure is more liquid than solid, with rapid cuts, parallel edits, and enigmatic codes, false trails, creating an overriding sense of a diegetic world on the run, running like water.

Certain television genres lend themselves to wetness.  Horror shows such as True Blood (HBO, 2008) and The Walking Dead (AMC, 2010) reproduce the carnography of film horror, and the ‘spectacle of the wet death’ (Pinedo, 1997: 65) as bodies are turned inside out and fluids pour from newly open orifices and cavities.  Now presented on big screens with digital technology, the carnal spectacle is revealed in all its bloody wetness. Quiz shows are also decidedly wet texts, drawing upon liquid aesthetics and watery emotions, as studio sets rain down drops of gold and stars, and mounted cameras swoop, rise and fall in streams of affect, as money and prizes is won and lost. One can argue that confessional talk shows and soap operas are also wet texts, their aesthetics geared for the fall of tears, the tides of sobbing, that their narratives countenance.

However, I think it is the deployment of digital special effects across television, and in science fiction particularly, where the wet aesthetic is most immersive. Contemporary television special effects create unstable liquid environments and they offer the opportunity for full-body immersion; one dives into the shimmering screen with the expectation of getting wet; and the wondrous elements of the screen seem to pour out, as they do in the Panasonic Viera Plasma television advert analysed above. The edges of the television, the borders of the screen, the diegetic world encountered, seem unbounded, all the materials are given liquid-like properties, as the special effects extends time and space into a great sea of possibilities and potentiality.

Contemporary Doctor Who (BBC, 2005-) is the wettest text of all: so many of the episodes involve a water element, such as The Water of Mars (November, 2009), key characters are water-defined, such as Amy Pond and River Song, and the Doctor cannot be contained as he travels across all of time and space, the digital special effects creating endless possible worlds and time periods that he streams across. The special effects are also employed to create liquid creatures such as the Adipose for the Partners in Crime episode first aired in April, 2008.

The Adipose were created using the digital software, Massive, which enables thousands of ‘agents’ to be quickly modeled, each with the capability to respond individually to their environment. In the context of the episode, the Adipose are small, translucent aliens created out of excess fat removed from their human hosts. The episode very much focuses on the body: humans who are overweight or are concerned about their weight take these magical diet pills where the ‘fat walks away’, represented literally, as the Adipose emerge from their hosts bodies. When multiple Adipose spawn they eat all the internal organs of their host, leaving only a liquid spill behind. The Adipose are liquid-like creatures from another galaxy, made of fatty tissue; they empty the human body of its organs, to leave only a liquid trace, in a television series crafted out of liquid impulses and impressions.

The bodily response to wet television texts is wetness itself. At the physical level, one cries tears, sobs, emits beads of sweat, one feels the blood pumping through the bodies, and one gets aroused. One might term these texts as wet genres, and the viewing response watered embodiment, a decidedly liquid version, then, of the body genre (Williams, 1991). However, at the level of sensory experience, one also feels the water on one’s skin; and one feels time and space as liquid phenomena that wash over the face, the skin, and the hairs on one’s body. When wet television technology and the wet text combine, the screen, television world, and domestic space flow into one another, so that immersion is within one, and all around. One feels wet in an environment transformed by watery imagery and liquid sensation.

In many respects the wet body response can be argued to be liberating, translating sense, opening up experience to beyond the border possibilities. The dry confides of the home, and the regulatory way that life and the television viewing experience is normally orchestrated, is washed away, cleansing the body, setting one free, initiating a watery re-birth of sorts. One can argue that the Doctor’s companions are watered embodiments; they travel with him to experience liquid time and space; to escape dry domesticity and a bordered life; and to be wet phenomena, existing in a sea of tears, plasma, fear, and arousal.

Nonetheless, one can also argue that watered embodiment matches the rhythm of contemporary life exactly and the ephemeral condition of liquid modernity. Rather, than wet texts being liberating they channel the fluidity of existence into the home. Finally, the watery escape or voyage is transitory, wetting the home, the body, for a limited time, before normal (dry) service is resumed. Television wetness may work cathartically, allowing the repressed to rise before the tide goes out once more. Television wetness may be an aquatic form of the carnival, allowing one to swim free for a while  before returning to service the needs of liquid capitalism. In The Angel’s Take Manhattan (September, 2012) episode of Doctor Who, Amy ultimately opts for the dry life with Rory, deciding to preserve ‘time’ as it is presently experienced; to stop her sea-going voyages; and to live out a normal life back on Earth. And there was not a dry eye in the house.

Sean Redmond is an Associate Professor of Media and Communication at Deakin University, Melbourne, Australia. He writes on stardom and celebrity, science fiction, screen aesthetics, and authorship. His latest book on the cinema of Takeshi Kitano comes out later this year with Columbia University Press. 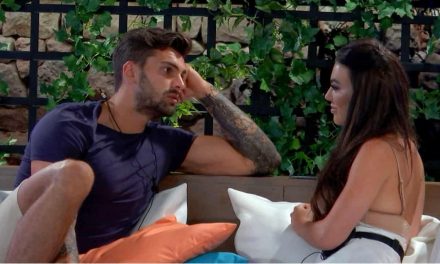 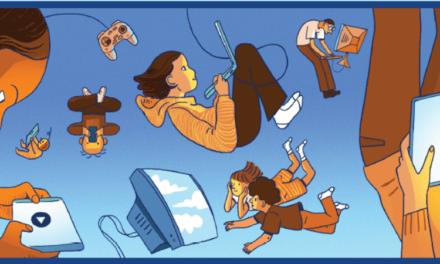