Lockdown has been a peculiar time for us all, no less so in our viewing habits. Indeed, my partner and I noticed a bizarre confluence of viewing and reading habits that related to death. Not just death, I hasten to add but actually life, in the face of inevitable death. Prior to lockdown we had started watching Allen Ball’s HBO series Six Feet Under (SFU, 2001 – 2005) about a family who run a funeral home in Los Angeles. Some extra time facilitated a more binge-like viewing of the series, though we are still only on season three (this is my third watch through but my partner’s first). We also took time to finally watch Netflix’s Russian Doll (Headland, Lyonne and Poehler, 2019 -) about a woman who relives the same night by dying repeatedly (more on that in the coming weeks). 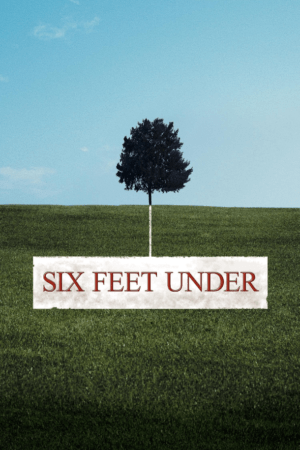 Alongside this my partner was reading a biography of 16th century philosopher Michel de Montaigne which in turn encouraged me to pick up some of his essays again. This started, understandably given our current circumstances, with On Solitude and, given the viewings noted above, progressed to his essays On the Length of Life and That We Should Not Be Deemed Happy Until After our Death (or Of Judging the Death of Another). The former two represent some of Montaigne’s early work, published in 1580; the latter published in 1588. During a time when death has become an overwhelming part of our lives, exemplified by daily statistics in the case of the UK, we were also taking time to reflect upon life lived in the face of death. This happening quite by accident, given that neither of us feel we have an overtly morbid disposition.

One of the key aspects of Montaigne’s thought that stood out, inspired as he was by classical stoicism, was that dying from any cause at any moment was an essential characteristic of being human: ‘What madness is it to expect to die of that failing of our powers brought on by extreme old age and to make that the target for our life to reach when it is the least usual, the rarest kind of death’ (Montaigne, On Friendship, 2009: 111). Tragic and avoidable as some of the deaths from coronavirus are, it is nevertheless necessary to acknowledge the frailty of the human condition and accept that, pandemic or no pandemic, life can and often is cut short. Montaigne expands on this, noting the fallacy of our assumptions around living to extreme old age: ‘We call that death, alone, a natural death, as if it were unnatural to find a man breaking his neck in a fall, engulfed in a shipwreck, surprised by plague or pleurisy, and as though our normal condition did not expose us to all of those harms’ (ibid.)

Where do we find some of Montaigne’s thinking in Ball’s critically acclaimed series? Well, firstly, SFU was so acclaimed precisely because it made death the central focus of the show. Indeed, for those who haven’t yet seen it, each episode begins with the death of a person who will usually end up being eulogised at the Fisher home. Noting that SFU was among several shows which represented a darkening tone of American television circa 2000, Mark Lawson distinguishes the show as ‘the first television drama to be underpinned at every moment by the pointlessness, indignity and finality of death’ (in ed. Akass and McCabe, Reading Six Feet Under, 2005: xviii). This would meet with Montaigne’s approval not because it celebrates death per se but because it isn’t afraid to keep death in view as a constant companion to the characters of the series.

Secondly, keeping death in view is really what SFU is asking viewers to do. The viewer is introduced to the world of the Fisher and Sons Funeral Home by oldest brother Nathaniel Fisher Junior (Nate, played by Peter Krauss) who, upon the unexpected death of his father, assumes his place in the family business. One issue for Nate however is that he is himself terrified of death, subsequently unable to properly comfort grieving families. This becomes even more palpable when Nate is himself diagnosed with a potentially fatal cranial defect. Nate doesn’t understand how this can be happening (“I run three miles a day, I don’t smoke”). Now much like the viewer, one of the central characters must deal with his own mortality. In the episode ‘Out, Out, Brief Candle’ (S02E02) Josh Langmead (Page Kennedy), a young and otherwise healthy aspiring football player dies unexpectedly, and Nate is haunted by his weeping ghost. As exemplified in the below, Nate is of little comfort to Josh’s spirit:

Nate’s outburst here is of course a reflection on the fact that he is in denial over his own condition, yet his sentiment is still important for our thinking here: “everybody dies”. However, in the penultimate scene of the episode, Josh’s ghost appears again saying that he wants Nate to look at him. Here, finally, Nate looks at the deceased young man and acknowledges his own mortal coil, choosing in the final scene of the episode to confess his condition to his brother David (Michael C. Hall).

Contemporary culture seems to insist on keeping death at bay, almost a taboo discussion. But in the face of a global pandemic we’ve surely reached the point where we can’t hide from death or discussion about death; it does indeed come to us all and, much like Nate in this episode, we must acknowledge it. Of course, what’s most important is what one does in the face of such knowledge. In the case of Nate in SFU, he opts to grab a hold of life, ride a motorcycle along the coast, get married, father a child from an estranged girlfriend and challenge himself to be a better person. And why does this matter? The life we live will be reflected upon by those we leave behind. For Montaigne, it is only in death that a life can be properly judged: ‘But in that last scene played between death and ourself there is no more feigning; we must speak straight forward French; we must show whatever is good and clean in the bottom of the pot’ (On Friendship, 2004: 113). Perhaps only by staring down our demise can we ascertain to live as full a life as possible, doing right by as many others as we can hope to in whatever time we’re allotted.

Chris Nunn is currently Programme Leader for the BA Film and Television Production at the University of Greenwich. As the former Festival Director of Screentest: The UK’s National Student Film Festival, Chris has been championing aspiring filmmaking talent for nearly a decade. Passionate about filmmaking education, he has recently completed his PhD entitled Towards a New Film Pedagogy: Recrafting Undergraduate Filmmaking Education for an Expanded Field (2019) and plans to continue and broaden research in this area. Aside from education, Chris’s research interests include science fiction television, mockumentary and the effects these evolving forms have on contemporary audiences. He is currently writing up a research bid on class, creativity and talent in film and television industries, as well as a book proposal on anarchism. 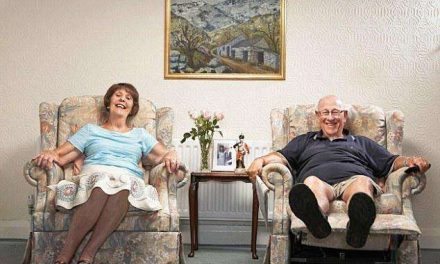 RETURN OF THE NON-NATIVE by Toby Miller 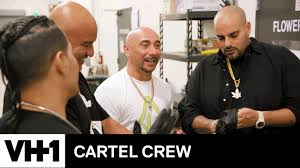