As a practicing textual analyst and historian of British television drama between the sixties and the eighties, I have a methodology that is so distinct in my field as to possibly be unique. I gain my knowledge of British television drama by watching as much of it as is it humanly possible to do, with the aim of eventually having seen the majority of what survives and is available. This approach is generally greeted amongst my television studies peers with a combination of admiration and trepidation – “I don’t believe it! You have seen all eighty-eight episodes of Juliet Bravo? Are you mad, Billy?”

The disadvantages of this methodology are more immediately apparent than the benefits. Obviously, it’s very time-consuming. All eighty-eight episodes of Juliet Bravo add up to over three days of television. Watched at a rate of about five a day – my general limit – that still amounts to about two and a half weeks of Juliet Bravo. It’s also a rather expensive pursuit. All six series of Juliet Bravo must have set me back over £75 on Amazon (although, just checking this up, I see that they’ve subsequently been deleted and that the sole copy of Series 6 for sale is now priced at £99.95 – even I would balk at that level of dedication). I can never work out if I’m fortunate or cursed that my job is also my hobby.

I also face the more subjective assumption that this must somehow be a pointless or soul-destroying pursuit. “Don’t you only need to watch a few episodes of Juliet Bravo to know all that you have to about it?” From my lofty vantage point of complete Juliet Bravo viewing I find myself in an authoritative position to refute this assumption. Without watching it how else could I have discovered the eight extraordinary episodes scripted by John Foster – who appears to have written for few other programmes – a screenwriter preoccupied with the extremities of mental illness and danger (for example, Foster’s first script, ‘Rage’, 25 Oct 1980, in which a disturbed mother turns up at the police station claiming to have abandoned a baby and refusing to reveal where she has hidden the child)? Or to have noticed the subtle, largely unconscious, but recurrent theme of the police being able to engage and sympathise with working class characters – both victims and criminals – but failing to do so with middle-class ones, often shown to make trouble for themselves through self-righteousness and lacking common sense? Or notice the shifting tone of the programme as different producers and script editors take charge? Or recognise innumerable small examples of how directorial or acting technique alters as a result of the particular demands of a specific script.

such as the two misbegotten episodes written by Keith Dewhurst that attempt to transform Juliet Bravo into an absurd off-the-wall North Country comedy, or a perplexing telefantasy episode about witchcraft (‘Halloween’, October 27 1985) – seeing such mistakes in the context of a programme’s complete canon encouraged me to view them withmore sympathy than I would do if seen in isolation, understanding much more of the reasoning that would have gone into their commissioning and production.

A concrete example of the benefit of my methodology of watching everything: As part of my work on the ‘Spaces of Television’ project I have presented and written about the depiction and treatment of rape storylines in British police dramas between the 1960s and the 1980s. For obvious reasons, rape was the major crime least frequently dramatized in the British police series. Attempting a rape storyline was likely to be too problematic for programme-makers to attempt, running the risk of being either too circumspect or salacious, and the nature of the crime meaning that even a responsible dramatic treatment was likely to make for depressing viewing. Because of the scarcity of rape storylines and the paucity of existing critical writing about British police series, the only way that I could discover the rare examples of when they were attempted (I’ve only discovered four thus far) is through systematically watching as much police drama as survives and is available. Whist it’s comparatively easy to find out about who made and appeared in episodes, you really have to watch them to discover what they were about.

This methodology, of watching series in their totality, has made me uneasy about how we teach undergraduate television history courses. Each week, we screen an episode (or, at most, two) taken from a series and the implications of our selection is only fully made apparent to us when we read our students’ essays a couple of months later. That one episode of Z-Cars that we used because there was a recording taken from a BBC4 repeat a couple of years ago to hand in the department, is taken to represent not only all of Z-Cars, but all of 1960s police drama. Some minor dramatic incident or casually used term in the programme becomes incontrovertible evidence of what television drama must have been like in the 1960s.

John Ellis describes the process of citing examples in television studies as being a balance between demonstrating the representative and the exceptional. When we select teaching material, we often tend to pay unconscious heed to this idea by choosing the first episode of a programme to represent how it functioned dramatically, or an exceptional episode (“the banned one”) to demonstrate some wider point about television culture. But the first episodes of series are never very representative, tending to be atypically laborious in introducing characters and situations that will soon become familiar to long-term viewers, and many series didn’t really settle into a unified style until the second series. While to use a programme as an example of the ‘exceptional’ when you’re showing it in isolation, is to expect students – who often lack the necessary spirit of historical enquiry to figure out a sense of context – to take your word on trust. I would suggest that you have to know all of a series to be able to really understand what might be representative or exceptional about any one episode of it, and to really teach that programme.

So, yes, I have seen all eighty-eight episodes of Juliet Bravo, and its only through doing so that I think that I really understand how Juliet Bravo worked: the attempts to change the mood of the programme each series through attempting or avoiding romantic story arcs for the lead, or decisions to add more social-realist or comic episodes as the show’s perception of itself shifted, or how the particular abilities and aptitudes of various performers, writers and directors became recognized and supported over time.

Of course, the process of watching all of Juliet Bravo has taught me more than just an acute understanding of Juliet Bravo itself. Through my rigorous methodology of watching all of it, I now have a much better understanding about BBC, the form of television drama itself, even changing social attitudes towards the purpose and value of policing in the 1980s. And I wouldn’t have got that without taking a fortnight to watch all of it.

Billy Smart is a postdoctoral researcher on the AHRC-funded ‘Spaces of Televsion’ project at the University of Reading. For what its worth, he can tell you that if you only see one episode of Juliet Bravo he thinks that it should be ‘Aunt Sally’ (24 October 1981). Written by John Foster, it features Margery Mason as a lonely store detective who retires, breaks down and becomes a shoplifter. It’s the closest thing to Polanski’s Repulsion that can ever have been shown on a Saturday night on BBC1. 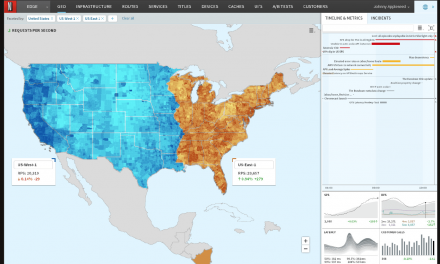 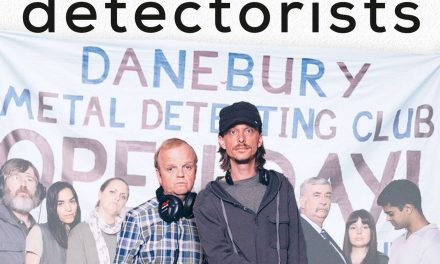 “I WILL BE YOUR TREASURE, I’M WAITING FOR YOU”: THE PLEASURES OF DETECTORISTS by Phil Wickham