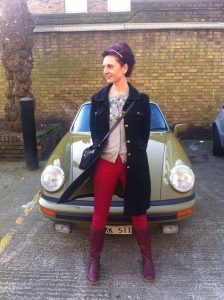 I’ve spoken before that I am a HUGE fan of The Bridge and especially the character of Saga Noren.

Last night, my adoration for the series went to a whole new level.

Avid fans of the Scandinavian detective series cannot fail to have been rapt by Saga’s  inaugural therapy session last night (Season 4 episode 3) (screened 25/5/18 in the UK).

Self-diagnosing with post-traumatic stress disorder following a spontaneous panic attack, the currently-homeless Saga’s looking for a fix to an emerging symptom that she basically doesn’t want to get in the way of her prolific 24/7/365 work rate.

No more than a minute into the consulting room, she is forensically listing an eye-wateringly harrowing set of life events.

“My mum had Munchausan by proxy. She almost killed my little sister” she starts, the therapist making a note in a book. Then, without taking a breath Saga’s speech rate quickens as she relays how she made sure her parents went to prison. “I took care of Jennifer. She killed herself at 14”. Saga’s saga continues, embracing the suicide of her boss and friend, for which she feels culpable by virtue of a paperclip.

The therapist is now doing 200wpm shorthand as Saga leaps to the fact of her police colleague’s imprisonment for poisoning his son’s killer. Still blank-faced, as if giving a court statement, she describes the return of her mother and how she took her own life in such a manner as to frame Saga for her murder.

By now her therapist’s put her pen down and is gazing open-mouthed at Saga’s description of her prison stretch, culminating in her being stabbed in the neck by a besotted fellow inmate with a broken table tennis bat.

“I see. We’ve got a bit to work with…” says the therapist. “Good” says a nodding Saga. already looking palpably relieved to got that brief glimpse of life events off her duster-coated chest.

There are two reasons why this scene particularly resonates for me. First, it is very rare indeed to witness positive representations of the therapeutic relationship on screen and in other popular culture formats. No wonder people are fearful of stepping into the consulting room when TV depicts mind-bending unethical practitioners such as in Gypsy and Dexter. Note that it’s the female therapists who are the most deadly….that’s for another post.

In complete contrast, here we see the seed sown of a listening, caring relationship, a safe space where Saga is not asked ‘what’s wrong with you’ rather ‘what’s happened to you’. That leads to the next very important point – we’re starting to see that there’s nothing ‘wrong’ with Saga at all.  She’s having a perfectly natural reaction to a litany of horror in her life that would render you or I mute.

Saga’s been dubbed by the media as a new positive role model for autism yet at no point in the making of the series have the producers ever confirmed Saga is on the spectrum. I don’t think she is and I predict neither do they.

Having been gripped by every series since the show arrived in British screens in 2012, I am now holding out every hope that this final season is about to leave us more than the legacy of a strong uncompromising fascinatingly complex female cop.

Are the writers about the dash the bio-medical model asunder and rightly represent psychotherapy as the ultimate key to unlocking our potential and transforming our lives? Roll on next Friday.

Professor Sarah Niblock, (Chief Executive) joined UKCP from the University Of Westminster’s School of Media, Arts and Design where she was Associate Dean (Undergraduate). She has a PhD in psychoanalytic theory/female identity and is an author, journalist and broadcaster who has trained a number of award-winning journalists. She is also an Academic Fellow of the Dart Centre for Journalism and Trauma at Columbia University – and blogs on media ethics, specifically trauma and journalism, for a range of outlets and is a regular columnist for Psychologies magazine.

As well as providing professional support for members, the UKCP is the leading research, innovation, education and regulatory body for the advancement of psychotherapy for the benefit of all. 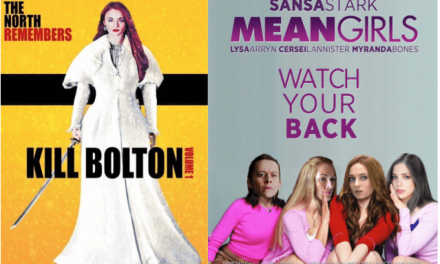