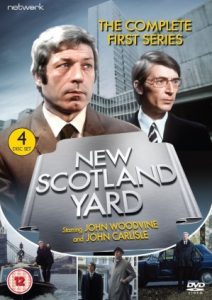 Since October 2012 New Scotland Yard’s future has become increasingly uncertain. Following government cuts it was announced that the iconic 20-storey stainless steel office block could be sold in an attempt to save £500m annually. Deputy Commissioner of the Metropolitan Police Craig Mackey has planned to move the headquarters to a nearby location in Cannon Row that houses approximately 31,200 less staff. Today it is still not clear what will become of these towering headquarters that have been central to Met’s stalwart image for almost half a century. 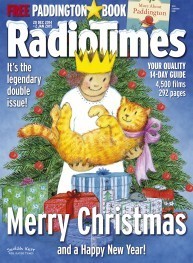 It feels an age since this outdated grey building, typical of 1960s architectural trends, represented a new era of police efficiency. Due to the requirements of modern technology on 8 March 1967 the Metropolitan Police Force moved from its old Victorian Embankment site to Broadway and Victoria Street. For the first time whole floors were dedicated to technical staff specially trained in finger prints, photography and forensic science. Such facilities enabled detectives to successfully apprehend those behind the Great Train Robbery in 1968, the Richardson brothers in 1966, and then the Kray twins in 1969.

Following these successful arrests at the end of the 1960s, however, there was a divide at the very heart of the Metropolitan Police. An inner conflict ensued between the old fashioned grizzled detective and a new academic breed of officer well versed in forensics with a more methodical approach to detection. This new officer was a far cry from the old fashioned detective who worked on instinct and was hardly a stranger to the ways of corruption and a bending of the rules.  This transitory era of the police was best symbolised and epitomised by the new Scotland Yard site. Its clinical and impersonal ambiance was not to the the liking of the old guard. One detective claimed, ‘no one could ever find my office now I can’t find anyone else’s’ (Ascoli 1979, p. 295). 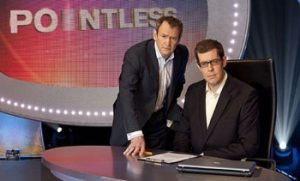 This central conflict was made public from 1969 to 1972 as three high profile public enquires into malpractice meant that a score of London detectives went to gaol and hundreds more left the force in disgrace. The old CID (Criminal Investigation Department) hierarchy, previously recognised for successfully incarcerating criminal gangs months earlier, was swiftly and savagely restructured. The tradition of detective work was destroyed and a power struggle continued to ensue between the old London CID hierarchy and a new type of officer who sought to dismantle its power. Robert Mark’s appointment as commissioner in 1972 was the final nail in the coffin for the old guard. Upon his appointment he set up an A10 department to tackle widespread corruption. By his retirement in 1977 he had issued 487 officers with their marching orders.

Using 16mm film cameras on real locations, in series such as The Sweeney (Thames 1975- 1978), Law and Order (BBC 1978) and The Professionals (LWT 1977-83), supposedly shook police procedurals ‘out of the “drama documentary” format of slow moving narrative and static camerawork’ (Clarke 1992, p. 237). Similarly it is these filmed series that have been lauded for ‘not merely “reflecting” what was going on in society at the time but contributing to the formation of ideas about, and attitudes towards, law and order in 1970s Britain’ (Cooke 2003, p. 118).

However, there were many more series throughout the 1970s that adopted the traditional production practice of utilising video cameras in a studio. New Scotland Yard (LWT 1972-1974) is one of these series.. Although not as action packed or as fast paced as its contemporaries, here is a series that also contributed to the formation of ideas about and attitudes towards law and order in 1970s Britain. The series occupies an alternative view of the Metropolitan Police Force’s modernisation and has gradually been maligned over the years. 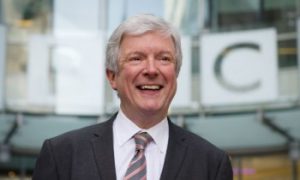 The Sweeney and New Scotland Yard occupy polar opposite arguments in reaction to these revolutionary changes the Met was experiencing. The Sweeney, shot on 16mm film, favours the older instinctive hands-on method of policing. New Scotland Yard, videoed in the studio, promotes a stringent following of procedure and protocol in a discussion based format. Therefore a detailed comparison between each series will allow this  blog to briefly reassess the development of the British police series as a genre. Comparing these series in relation to the revolutionary changes within the police force itself,  challenges the existing and aesthetically focused canon of British police series    and opens up a debate surrounding British television in the 1970s. Revisiting and reassessing this era through these two series represents the start of a more accurate understanding and balanced view of television drama’s output of the 1970s,  which is much more aesthetically diverse and ideologically varied than we have been led to believe.

The Sweeney, then, is a series that challenges Robert Mark’s interference. In ‘Golden Boy’ (ITV, 27/2/1975) staff from A10 monitor Regan (John Thaw) to observe his paperwork skills. Bradshaw physically entraps Regan and prevents him from conducting fieldwork. Mark’s measures are depicted as unnecessary bureaucratic procedures hindering investigations. As envisioned by creator Ian Kennedy Martin, The Sweeney is against the view that policing ‘could all be done from a desk in an office on the third floor of Scotland Yard’ (Kennedy Martin quoted in Donald 1978, p. 120) and this office-based method of detection. Regan is an aging detective harking back to the old fashioned methods of policing.


In comparison, New Scotland Yard embraces this office-based culture. The ‘paperclip counters’ and ‘academics’, frequently dismissed by Regan, are integral in arresting lawbreakers. In each episode Detective Chief Superintendent John Kingdom (John Woodvine) and Detective Inspector Alan Ward (John Carlisle) piece together evidence to formally arrive at a logical conclusion. Nine of the thirteen episodes of series one employ a whodunit format. Each episode begins with a gruesome murder followed by Kingdom and Ward exploring the motives of all their suspects before revealing the killer in the closing scenes. Here the newer more meticulous and methodical form of evidence based gathering is preferred.

The audience is invited to empathise with Kingdom’s attempts to keep a unified and efficient CID.  Kingdom is the central figure of this office-based form of detection. Kingdom does not obtain information through violent means to confirm his opinions, akin to older unorthodox methods of policing. In each episode either Kingdom or Ward is too biased or opinionated and it is up to their respective colleague to reassert a balanced view of events and build a case through unbiased facts, thus representative of the new methodical, sophisticated and intellectual police force. 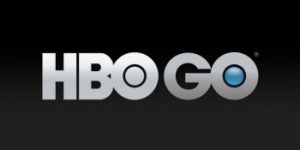 Throughout the series an unquestionable compliance with authority is depicted as the most effective course of action in keeping an efficient CID. The conclusion of ‘And When You’re Wrong’ (ITV, 15/7/1972) sees Kingdom standing behind his desk berating Ward for disobeying orders. Whereas Regan will set up an illegal kidnapping and physically assault his victims, Ward is disciplined by Kingdom. The conclusion sees Kingdom informing Ward ‘when you’re right, you’re wrong, and when you’re wrong, you’re finished’. Accompanying this dialogue is a close up of Kingdom’s face.  As in this tight shot scale, in spite of all guilty parties being arrested, there is no room for manoeuvre when it comes to obeying the law and procedure. For Kingdom and his Yard the ends never justify the means. This is a stringent following of protocol as promoted by Commissioner Mark.


Another episode entitled ‘Hard Contract’ (20/5/1972) reasserts the importance of carrying out paperwork and following procedure. Where The Sweeney depicts such events as being trivial for the purposes comic relief, New Scotland Yard opens and concludes its episode with such processes. ‘Hard Contract’ begins with Detective Sgt. Hadley (Windsor Davies) carrying a pile of files into Kingdom’s office. Kingdom is happy to inherit DI Tom Jenkin’s workload moving objects on his desk do accommodate space for ‘the mountain’ of files. When the murders are then solved at the end of the episode, Kingdom draws attention to the fact that there is still a lot of work to do as evidence will have to be prepared for the DPP.  This is not seen as a burden or even a necessary evil, but central to the investigation and Kingdom seemingly enjoys it as a process.


Arguably this meticulous method of researching characters and their motives enables New Scotland Yardto explore the nature of a 1970s Britain that was ‘polarised economically and politically along class lines’ (Hall et al. 1978, p.139) in more depth than The Sweeney is able to. The Sweeney is known for, as producer Ted Childs has admitted, portraying ‘little interest…in the character or motivation of criminals’ (Donald 1985, p. 131). In comparison New Scotland Yard focuses on the oppositions and conflicts that exist between social groups throughout wider society.

The New Scotland Yard episode ‘Ask No Questions’ (ITV, 1/7/1972), in particular, replicates the plot of J.R. Priestley’s play An Inspector Calls within the socio-economic zeitgeist of 1970s Britain. At the beginning of the episode a pregnant  woman’s body is found in a rubbish tip and Kingdom proceeds to investigate a host of characters implicated in her downfall.  The woman’s father (Jimmy Gardner) is a miner who paid for her public education, yet when she started to mix with hippies forced her out on the streets.  Her upper class private tutor Paul Freeman (David Horovitch) was using her as a drug pusher to feed his heroin addiction Her best friend Sandra Williams (Sara Coward) and former employer Gonzella (James Berwick) freely admit that they exploited her at some stage in her life.

Unlike The Sweeney, where the focus of an episode is on the pursuance of an evil criminal, the purpose of ‘Ask No Questions’ is to investigate everyone’s involvement across all subcultures of a fragmented society. The ideological argument is that each character’s seclusion from other subcultures, and their lack of dialogue with one another, is to blame for downfall. It is not a simple question of good vs evil. 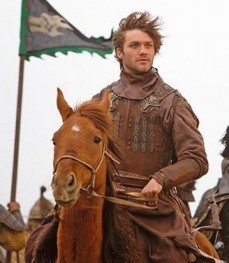 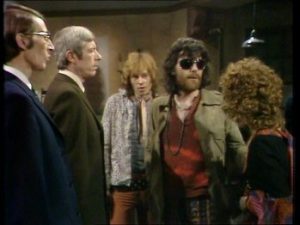 Even though New Scotland Yard has largely been forgotten, the format that Rex Firkin created was a stepping stone for many future series. Following the Met’s turbulent transition, which influenced  the more popular high octane and escapist action series shot on film, , came later successful series including Juliet Bravo (BBC 1980-85), The Gentle Touch (LWT 1980-1984) and The Bill (Thames 1984 -2010). Each series was shot on video in the studio and followed New Scotland Yard’s format whereby many different characters from a range of social backgrounds would be examined in detail.

The transmission of the last episode of New Scotland Yard seven months before the first episode of The Sweeney does  not represent the demise of an old form of drama but appears to predetermine a cultural climate where audiences would again become interested in sociological debate via a studio-based analysis of the force.   These later series helped contribute to the formation of ideas about, and attitudes towards, law and order in 1980s Britain.

Ben Lamb is a PhD candidate at the University of South Wales. His work is funded by the Arts and Humanities Research Council as part of the ‘Spaces of Television’ research project. His thesis examines the developing aesthetics of British television studio drama, particularly focusing on how certain technologies impacted upon performance styles. Through a genre examination of key police series his thesis charts how desires, expectations and evaluations of fictional space changed over time for programme makers, performers and reviewers. 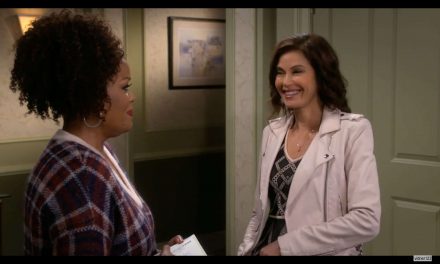 WHERE HAVE ALL THE WRINKLES GONE? by Jamila Baluch