This is the first of five Telegenics that will examine the state of the American sitcom in the second decade of the 21st Century. Subsequent entries will look at How I Met Your Mother, The Big Bang Theory, 30 Rock, and Modern Family.

At an hilariously inept community college in Colorado, a co-ed, multi-racial, multi-generational gang of seven finds itself thrown together as a study group and becomes, against all odds, the granfalloon nucleus of an ingenious new sitcom. The US has long been known, in every decade, for its stellar contributions to the genre, from I Love Lucy, The Honeymooners, The Dick Van Dyke Show, The Mary Tyler Moore Show, All in the Family, and The Bill Cosby Show, to Seinfeld, Friends, Everybody Loves Raymond, The Simpsons, and Frasier, but none gave us dialogue quite like the following.

Dr. Duncan: Listen, I wanted to ask you about that young lady in your Spanish class. You know, the blonde, with the pouty, strident, Cate Blanchett sexuality, and the ridiculous name.

Dr. Duncan: That’s it. Can you imagine living with that? Can you imagine? Unbelievable. Anyway, um, are you two an item, and if so, would that item be impervious to sabotage?

Jeff: You know, you have the savoir faire of a hyena. How is it that you and James Bond come from the same island?

Dr. Duncan: Game over. Have a nice day.

This exchange from an early episode of the critically beloved/ratings-challenged NBC sitcom Community may need some unpacking for a newbie to arguably the most inventive show on American television. Dr. Duncan, played by the English expatriate comic John Oliver (a regular on The Daily Show), is a pretentious, opportunistic, alcoholic, lecherous psychology professor at Glendale Community College in Los Angeles. Jeff Winger (played by the host of Talk Soup) is a razor-sharp, full-of-himself, conniving womanizer, a former lawyer now being re-educated because the degree from Columbia which had gotten him admitted to law school was actually a fake certificate he purchased in Colombia. The Britta they speak of, likewise a student, is an attractive blonde woman in her thirties, a high school dropout, former billboard vandalizer, foot model, Radiohead groupie, and Peace Corps volunteer. The Muslim Abed Nadir is a pop culture nerd, perhaps suffering from Asperger’s Syndrome, an aspiring filmmaker defying his father’s plan for him to become heir to a falafel stand. A sitcom-typical colloquy over a woman morphs, without warning and without explanation, into almost idiolectic, intertextual wordplay about, well, sitcoms, both British and American. Community is a self-aware sitcom that trades on its viewers’ knowledge of the conventions of the medium both for humor and characterization.

Consider another exchange—this from Community’s Season 2’s first episode (“Anthropology 101,” 2.11). After unexpected revelations lead to Jeff breaking up with both Britta and Annie, the always meta Abed goes for the metaphor:

Abed: By the power vested in me, I now pronounce you “canceled.”

Jeff: Oh good. Cancel us. And while you’re at it, why don’t you take your cutesy “I can’t tell life from TV” gimmick with you. That’s very season one.

Abed: I can tell life from TV Jeff. TV has structure, logic, rules. And likeable leading men. In life we have this. We have you.

Jeff is right, of course: Abed’s Life = Television obsession was well established in Community’s first season, but how can it be that Jeff possesses that extra-diegetic knowledge? “Il n’y a pas de hors-texte” [“There is nothing outside the text”], Derrida insisted, and yet Jeff has apparently been outside Community enough to know that Abed has gone to the well once too often. Abed, on the other hand, knows his TV. He’s absolutely right about Jeff: he is not your standard “likeable leading man.” In fact, he’s pretty much a son of a bitch.2

If Community is the most self-referential sitcom since The Simpsons, it is, like its animated forebear, wonderfully, fiendishly, hilariously intertextual. In a Halloween episode “Introduction to Statistics” (1.7), Abed impersonates the Christian Bale Batman (although the episode’s final image seems decidedly non-superheroish).

Abed as a Caped Crusader with Chapped Lips

(screen capture from “Introduction to Statistics”)

One year later, in “Epidemiology” (2.6), a costumes-required school dance (Abed comes as the monster from the Alien films, Pierce as Mr. Spock, Troy as Ripley-in-the-futuristic fork-lift [from Aliens], and Chang as Peggy Fleming???), taco meat purchased from the military turns everyone into a zombie and the episode into a spot-on homage to an attack-of-the-zombies movie.

An entire episode (“Advanced Dungeons and Dragons,” 2.14), built around a marathon session of the eponymous role-playing game, succeeds in advancing several major (and one minor) character arcs. A Christmas episode, told from Abed’s point of view (“Abed’s Uncontrollable Christmas,” 2.11), unfolds as a stop-motion cartoon, with claymation versions of all the characters.

In “Critical Film Studies” (2.19), the study group dresses up as characters from Quentin Tarantino’s Pulp Fiction for a surprise birthday party for Abed.

But without at first realizing it, Jeff gets caught up in the birthday boy’s reenactment of My Dinner with Andre (Louis Malle, 1981).

The final two episodes of Community’s second season, “A Fistful of Paintballs” and “For a Few Paintballs More,” in which a rival community college seeks to destroy Greendale by unleashing a property and psyche destroying paintball tournament, brings Leone back to life.

Community’s ingeniousness is not without risks however. As its creator recognizes in his conversation with New York magazine imaginative brilliance may work against the long-term interests of quotidian television:

Dan Harmon (photo from New York Magazine)
New York Magazine: Obviously this is a show that’s not afraid to take a leap into the absurd and the fantastical. But do you ever worry you’ve gone too far?

Harmon: I constantly worry that we’ve gone too far. I especially worry about that right now. At the end of season one, we decided to end the season itself on a departure episode. And I worry about the volume with which we fantasize in season two. And then I get worried that I really need to take stock and watch all the episodes again, because there are political reasons to worry about that stuff, too: When that conversation is happening in your head, it’s happening also in hallways where people make decisions about scheduling and promotion that affect the next twenty episodes, and I need those conversations out of people’s heads. Whether or not the show needs to change in this way or that way, I need people to stop using certain buzzwords when they talk abut our show at the water cooler, like “weird,” “inaccessible,” “off-putting,” “torture,” “experimental,” “irritating.” I’ve got to replace those words with “Parks and Rec.” [Laughs.] If this show is going to last for seven years, it’s going to need to somehow roll out the red carpet for my mom in the third season, without alienating the fans that we have who love nothing more than the unpredictable nature of the show, people I’m compulsively unable to betray because I’m one of them.

In a featurette on the Season 1 DVD set of Community entitled “Creative Compromises,” Harmon shows us his original vision for the series—before it was “watered down” and “gutted” it by “the TV machine.” What follows is a series of clips in which his female characters pass gas uncontrollably thanks to a newly-laid-down flatulence track. The joke, of course, is that Community, while remaining faithful to comedy’s centuries old allegiance to sex and scatology, is anything but a prolonged fart joke. It is (so far) a sitcom masterpiece.

2 Jeff is not the only easily/possibly dislikeable major character we will meet in this survey of American sitcoms: flashforward to Barney Stinson of How I Met Your Mother and Sheldon Cooper of Big Bang Theory. ↩

3 It seems only a matter of time before the Community gang “super”-sizes, assembling, as one fan has imagined, as The Avengers. ↩ 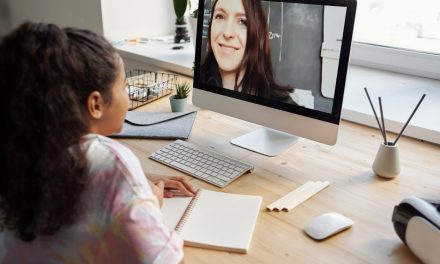 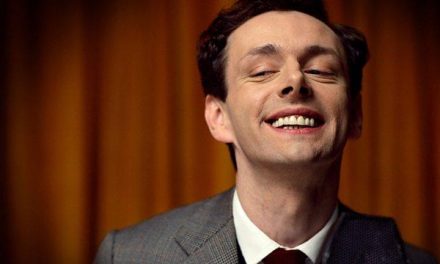 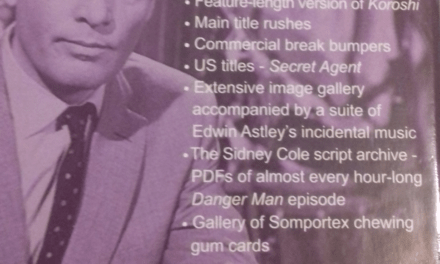 WORK IN PROGRESS by Andrew Pixley