THE TV DICTIONARY: MUSINGS ON BIRMINGHAM AND GRIT by Jemma Saunders

It’s been said many times, not least by my PhD supervisor, that creativity loves constraint. A prompt such as Ariel Avissar’s TV Dictionary is a prime example of how working within rigid parameters can enable new discoveries about a particular media object, even one with which we consider ourselves familiar. I certainly found this to be the case when I created my first entry for the project, on BBC drama Peaky Blinders (2013-22).

My doctoral research looks at screen representations of Birmingham, and while feature films form part of the corpus, my focus seems to be narrowing towards television drama from the last decade. In both my own experience and anecdotally from friends, when telling people from almost any country that we’re from Birmingham, the most common response is “Ah, Peaky Blinders.” When the show’s creator Steven Knight was recently asked for one word to summarise Peaky Blinders, he responded with “Birmingham.” While not quite synonymous, the series and the place are inextricably entwined, as emphasised during the Commonwealth Games this summer. Yet, most dictionary definitions of Birmingham do not offer much beyond the fact it’s a city with an industrial past, and I never considered using this proper noun for the TV Dictionary entry. Instead, with almost no deliberation, I opted for “gritty.”

Gritty is an adjective that is frequently used to describe Peaky Blinders, but it wasn’t until I made the video, integrating definitions with various scenes from Series 1, that I fully considered and recognised the scope of how much the term “gritty” can encompass: the well-known adage of video essayists working in the flow was once more apparent. Previously, I had mainly conceived of ‘gritty’ in the aesthetic sense, rather literally applying it to the urban bricks, grime, concrete and graffiti that so heavily feature in many Birmingham-based screen narratives. Thus “containing or resembling grit” was fairly straightforward to match with parts of the opening sequence, in which Tommy Shelby (Cillian Murphy) strides and rides through largely grey and brown scenes of streets, canals and working factories.


The second definition, however, was “persistently courageous.” While less immediately obvious, it seemed a chance to showcase the determination and authority of family matriarch Aunt Polly, in what is ostensibly a man’s world. Could this inner grit also be extended to refer positively to Birmingham as a screen city, fighting for its place on television? Not really pausing to consider this idea further, I ended with the scene in which Inspector Campbell first encounters the back streets of Birmingham by night, drawing on what Paul Long calls the “attraction and repulsion” of the mise-en-scène (2017, p.170) to highlight the series “having strong qualities of tough, uncompromising realism”. The whole thing was edited and uploaded to Vimeo in under two hours.

I have to be honest; I made the Peaky Blinders entry in a bit of a rush, and part of me wonders if a more considered approach would have resulted in a more cohesive video. I feel it’s a little simplistic in its assembly and the editing is unsophisticated. However, I followed my instincts and only drew footage from a limited pool of episodes, and such videographic experiments form a fundamental part of my research process. The TV Dictionary project therefore evidences how contained epigraphic work can be extremely effective in both representing and exploring an idea. Indeed, reflecting on my Peaky entry almost eleven months after making it, I questioned why I hadn’t applied this process to any more of the core televisual texts that will feature in my thesis. I thus decided to reverse engineer the prompt: using “gritty” as my starting point, how would this work if integrated with other programmes set in Birmingham?

Man Like Mobeen (BBC Three, 2017-present) shares several parallels with Peaky Blinders, not least that the characters in both series live in the Small Heath area of Birmingham (albeit in different centuries). Guz Khan’s Mobeen, like Tommy Shelby, is not a typical protagonist/antagonist, and has a complex relationship with the law and its enforcers. For Mobeen’s entry, I decided to pair one, unedited sequence with my dictionary definitions of gritty. This was partly practical: as anyone working with television texts will know, the sheer volume of footage is daunting as well as exciting. I chose the start of Bagpuss, the first episode of Series 1, and used the same three definitions as with Peaky. The only change I made was to switch the order of the second and third sentences, and to repeat some of the words in a way that I hope is in keeping with the pace of the sequence.

This was, again, a fairly instinctive edit, but another valuable research exercise. Paired with the Peaky entry, I believe it starts to construct an argument about Birmingham-based television drama. However, I of course have my own agenda. When I produced a non-Birmingham-related entry for the TV Dictionary, I explored The Great Pottery Throw Down through the word “care”, but was selective in the four definitions I used, abridging these from thirteen listed in my Collins English Dictionary. As this demonstrates and as was deliberated in a recent CST Conference Roundtable event about the project, our own subjectivities constantly influence our work.

What if I used the same clips again for both Peaky Blinders and Man Like Mobeen, but juxtaposed definitions of an entirely different word? What would this then infer about Birmingham on screen? What revelations might come from pairing “gritty” with other TV programmes I’m researching, such as Doctors, The Rap Game UK, or Zomboat; or just from selecting different clips from Peaky and Mobeen with which to create the epigraphs? There is clearly much to explore, and I will continue to delight in how the audio-visual mechanisms through which we can study television, even starting with an ostensibly simple prompt, can spark myriad avenues of investigation and illumination.

Finally, I thoroughly enjoyed this recent entry on Squid Game by Colleen Laird, with its clever use of masking and framing:

Jemma Saunders is a doctoral researcher at the University of Birmingham, UK. Her audio-visual thesis explores how Birmingham is represented in popular film and television, interrogating aesthetics of the city in its role as both narrative setting and filming location, with videographic criticism as a core research methodology. She holds a BA in Medieval & Modern History; MA in History, Film & Television; and is a Fellow of the Higher Education Academy. Alongside her doctoral studies, she manages industry placements for postgraduate students studying film and television. She is @JemSaunders1 on Twitter, and has a Vimeo profile at www.vimeo.com/jemmasaunders. 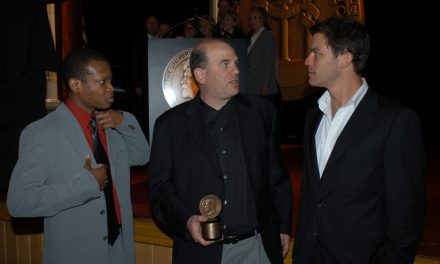