I’ve always enjoyed action-adventure, especially swashbuckling action-adventure. Admittedly, though, when the BBC’s new drama The Musketeers (2014-) began last year I didn’t have high expectations. The BBC’s attempts at entertaining action series have been a little hit and miss, as the cancellation of Atlantis earlier this year and the rather short-lived Robin Hood (2006-2009) some years before. And it’s not as though we haven’t seen versions of The Three Musketeers before.

Cleavage, firearms, swordplay, leather jerkins, grubby hostelries, chickens flapping around in streets – and more cleavage. What else, frankly, do you need to create an entertaining telly rendering of Alexandre Dumas’s famous novel The Three Musketeers?

asks Mark Monahan in The Telegraph. It’s not quite clear whose cleavage Monahan is referring to here, though Constance and Milady would be good guesses. (More on this later). And despite this description making Musketeers sound like a Boy’s Own adventure, a quick survey of online chat and social media suggests it has a large and appreciative audience of heterosexual women. See also Katie Baillie’s 8 pictures that prove just how hot The Musketeers are for The Metro online. The overt delight that female viewers voice about the male leads in the series may be one reason for Ed Power’s rather carping review of the second season opener: ‘The Musketeers picked up where it left off. D’Artagnan, Athos, Aramis and Porthos remained interchangeably hunky, with practiced pouts and complicated personal lives.’

A swashbuckler promises action, adventure, and romance (in the sense of mode or genre, not in terms of conventional coupledom) and Musketeers delivers these. Its title music (composed by Murray Gold) is probably the catchiest Musketeer theme since Dogtanian and the Three Muskehounds (1981-2) and would have had my childhood-self galloping around the living room every time it played. (Even my forty-something-self indulges in vigorous sofa-dancing to it, I have to confess).

Yet Musketeers is not just action-adventure with hummable music: its second season has delivered as drama for grown-ups, albeit grown-ups who like a bit of swashbuckling action. Initially, according to one newspaper article, the series was commissioned for an 8pm slot and was written to accommodate this. In the article, series’ creator, Adrian Hodges admits,

We wouldn’t have done the first series in that way, had we been doing the whole thing as a 9pm show. We would have pushed the tone much further in terms of sexuality and violence. So for this second series, I knew we were going out at 9pm and so we have pushed it harder for this audience.

James Chapman, whose book on the swashbuckler series is due out later this year, suggested in his CST blog from 2012 that ‘one of the reasons why the swashbuckler has not hitherto attracted much critical attention has been due to its association with children’s drama – the sort of television that critics regard as not being worth taking seriously.’ Certainly Robin Hood and the more successful Merlin (2008-2012), were effective in the early evening family entertainment slot. Yet Chapman notes that

in the 1990s, Central Television’s Sharpe and Hornblower, two expensively produced series (shot on Super 16 and, in the case of Hornblower, making use of computer generated imaging in the sea battle sequences), repositioned the swashbuckler as primetime evening drama rather than juvenile fiction.

While the BBC has not taken this approach until recently both The Musketeers and the much-trailed new Poldark indicate that they are now seeing the potential of adult swashbucklers, perhaps on the basis of the large following for HBO’s Game of Thrones (2011-). In the initial BBC media pack for the series, Hodges admits that he was tempted by The Musketeers because

although the adventure genre, however broadly defined, has remained evergreen in the cinema, it had been a long time since I’d seen anything of this kind on TV, at least outside of the family slots and dark hybrid fantasies like Game Of Thrones.

Too often, swashbuckling has become a kind of code word for insubstantial characterisation, endless swordfights which have little or no consequence, and a kind of old-fashioned approach to storytelling which is dull and encrusted with period trappings and lame jokes. To put it simply, too often the adventure genre is lightweight and disposable. It just doesn’t have enough weight to captivate a modern audience

Therefore, the series, never intended as an adaptation of Dumas’ novel, went about a version of ‘modernisation’ designed to appeal to its modern audience. This is partly about the look and style of the series: filmed in the Czech Republic, its settings and buildings look fairly authentic though costumes are designed to be ‘seventeenth century with a contemporary twist’ (as the BBC’s series webpages would have it). The Musketeers offers enjoyable spectacle in both sets and costumes without too much attention to accurate period detail. It also provides glimpses of the ‘complicated personal lives’ of its characters, something Power seems to sneer at. Even a role as apparently two-dimensional as the weak King Louis is played with nuance by Ryan Gage, who mines Louis’ immaturity for both entertaining cluelessness and vulnerability.

Season two certainly made the most of its ensemble cast, developing characters other than the musketeers.

Chapman’s blog, and presumably the forthcoming book, challenges the notion that swashbuckler series is necessarily conservative, observing that ‘the swashbuckler has often revealed a more progressive social politics and liberal ethos than one might assume.’ This too is evident in the new series.  One area where The Musketeers seems to take a slightly different strategy than the other, family-friendly BBC action-adventure series is in its casting. While both Robin Hood and Merlin caused some debate about casting actors of colour (David Harewood as Tuck in the former, and most notably Angel Coulby as Guinevere in the latter), those series were genuinely colour-blind to their characters. The Musketeers provoked some raised eyebrows (nominally about historical authenticity) by casting Howard Charles as Porthos. Charles pointed out in at least one interview that Dumas himself was of mixed race, noting: ‘He was a general, when I guess there weren’t many brown people around in uniform, so I was really attracted to that element.’ For some viewers, the fact that the series also comments on Porthos’ origins as the son of a freed slave woman was a bold move (see, for example, Deborah Pless’s blog). Episodes have also dealt more directly with the issue of slavery (‘Commodities’ 1.3) and the second season included guest characters of colour (played by Colin Salmon and Antonia Thomas) who discuss race and racism with Porthos (‘The Good Traitor’ 2.3).

Den of Geek reviewer Rob Kemp notes that ‘the show should be particularly proud of are its prominent roles for women, especially when you consider that its premise centres on four male characters.’ Certainly Maimie McCoy’s Milady de Winter established herself as a fan favourite from her entrance in season one, as any effective villain might hope to do. Yet Milady is more than a two-dimensional baddie. In a Digital Spy interview McCoy notes,

People call her a ‘bad girl’ and I hate that phrase, it’s a bit of a cop-out… because she is [bad] but she’s a massively damaged creature.

…I think the genre lends itself to that, but what we’re all trying to do with The Musketeers is… everybody instils in it such a sense of three-dimensional character, so those initial tags of ‘Bad Girl’ or ‘Heroic Leader’ or ‘The Dutiful Wife’ are shed relatively quickly.

McCoy’s Milady is certainly a contender in the cleavage wars.

Anyone who read my previous CST blog about female villains knows that I have identified evil cleavage as something that now seems to be integral to older female TV villains. It’s refreshing to note, therefore, that The Musketeers offers not just good girl cleavage and evil female villain cleavage but also indulges in evil male villain cleavage equivalent with new season two antagonist, the Comte de Rochefort, played by Marc Warren.

Warren joined the cast to replace Cardinal Richelieu, following actor Peter Capaldi’s departure to play the twelfth Doctor Who. Since Capaldi’s scheming cardinal was one of the highlights of season one, the villain bar was set high and the first few episodes did not bode well for Rochefort’s credentials, with Power’s description of him as ‘a cross between Darth Vader and an east London hipster’ not far off the mark. Yet the character developed as the season continued, acquiring real menace as well as displaying lavish amounts of bare chest.

Frivolous as this discussion of Rochefort’s exposed body might seem, it does play a part in The Musketeer’s more serious presentation of male and female roles. Just as Porthos’ skin colour is openly acknowledged, the limitations of female lives are sketched out. Almost every regular female character is constrained by society’s expectations and conventions. Both Constance and Queen Anne are trapped in marriages that primarily function as economic or political transactions, and while Constance and D’Artagnan are the focal ‘romance’ of the series, their interactions do not gloss over the consequences she would face if she left her husband to be with her lover. In fact, Constance frequently objects to the assumptions D’Artagnan makes and the arrogance with which he makes them, both consequences of his male privilege. Other male characters also put their own desires ahead of considering the position of the women they are involved with. Part of Rochefort’s convincing villainy stems from his unrequited obsession with the Queen, and in the last episode aired at the time of writing (‘The Prodigal Father’ 2.8), this culminates in him attempting to rape her. While this generated some discussion among viewers and commentators, it did not attract the media coverage of Downton Abbey’s rape scene in 2013. This may be because Rochefort was interrupted and did not actually rape Anne, or because a violent attack might not be unexpected in an action series (as opposed to the cosy atmosphere of Downton). The Downton scenario was criticised for being both a ratings plot and an unrealistic depiction of rape (it was stranger rape of a regular character by a character who only featured briefly for this storyline) and, in contrast, The Musketeers presents Rochefort’s assault as acquaintance rape (a much more common occurrence than stranger rape) and as a logical result of his obsession with the queen. Moreover, it demonstrates that, despite her nominally being the most powerful woman in France, Rochefort would have been able to rape the queen with impunity, and likely without being punished for it.

This seems a rather sombre concluding note, but I am writing this blog before the final two episodes of the season and this storyline is not yet resolved. I am hoping that it will not be concluded too easily, since it is one more indication that The Musketeers combines swashbuckling action-adventure and ‘practiced pouts’ with complicated personal lives recognisable to contemporary viewers. 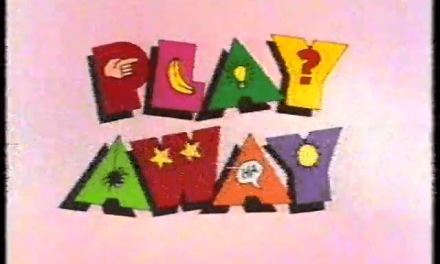