I have been thinking about a piece written by Elke Weissman[1] a lot recently. In it she describes how her experience at the 2015 MeCCSA conference had ultimately forced her to accept that television watching was (in its medium specific sense) no more. In years since, plenty of scholars have joined her in the search for understanding change, and for functionable terminology. Amanda Lotz uses portals, Chuck Tryon holds firm on TV, Cathy Johnson opts for online TV, others speak of IPTV, and others yet, like David Levente Palatinus, prefer the term platforms to actively join medium and consumption (or context) … and all are thinking about how exhibition affects what we mean when we talk about TV and our engagement with it (my apologies to my colleagues for oversimplifying here). Whether we re-evaluate, as Palatinus suggested in conversation, Henry Jenkins’ use of convergence or how content now reaches its audiences – the debates center on technological shifts. I am, one may say, in the process of coming to terms with the resurgence of Marshal McLuhan’s work in recent years, seeing great value in it, for those scholars unpacking how viewers and scholars alike, interact, for want of a better word, with TV as a medium and concepts of TV within a medium.[2] That medium driven approach and technology based central question is, I’d argue, an all too common direction scholarship takes to interrogate the changes underway, especially where media industries studies are concerned, and therefore reminds me of precursors of technological invention-driven debates surrounding media. Medium specificity, just like technology itself within that, remains central to discussions attempting to grab hold of the fleeting reorganizational processes of TV and media at large, affecting phrasing in job ads, organizations of academic units, and how we align ourselves with research schools and colleagues. It affects self-definition, some of us may be happily shedding the label of TV scholar – which still offers a certain derision in much of media related academia, and from my point of view, even more so in Europe than the US.

My own research is also linked to that technological shiftand builds on much of the aforementioned scholarship as a result of that, but sees the medium as only part of a circuit, one driven by audience and industry interactions, and affect. I have been a bit obsessed with allocating the changes brought about by technology not in the medium or the individual content produced, not in this blog at least,[3] but in the relationship between industry and audience, and how the audience is constructed by industry. This change, I believe, is giving new, and from my perspective unexpected, life to some other more classic media studies debates that had been widely considered outdated, which I will touch upon below.[4] 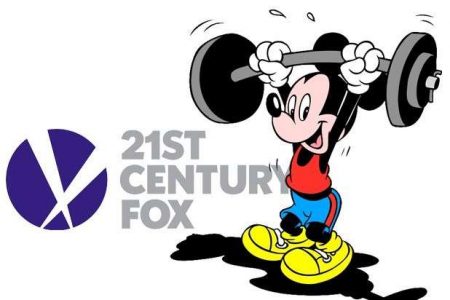 Guiding our view towards industrial complexes then, it is quite visible how fast media companies grow, not in numbers, but in size and market expanse;[5] they offer their content across a number of geographic territories, and national markets. Reaching international audiences, what they sell to these is not just content, but a sense of belonging. They sell to them the membership to the club of transcultural audiences, across physical (or cultural) borders, across language divides, across class lines. Television as a medium once upon a time was making expansive audiences, general audiences, central to their content production and of course business model; connecting culturally unifying routines (scheduling) and sensibilities (traditions/morality) to provide programming everyone could enjoy. Except of course, everyone was never truly everyone, but instead audience members were constructed as hegemonic citizens, for these mass audiences primarily were conceived nationally and defined by hegemonic negotiations of dominant cultural ideology. It should have been no surprise that as technology enabled the market to expand, audiences diversified. In today’s highly saturated market, viewers have grown accustomed to niche offerings[6], seemingly tailored to their individual interests and serving their sense of communal belonging. Yet, at the same time, the aforementioned expansion endeavors of media conglomerates and niche-specialists such as Netflix, makes that very central niche experience in contemporary media engagement problematic.[7]

Portals, or online content providers, offer a variety of programming and are largely defined (thank you, marketing-lie of Netflix’ Originals) by their catalogues.[8] These do differ depending on licensing markets and agreements. Reed Hastings, CEO of Netflix, says the company’s expansion to about 190 countries shows that “(r)ight now, [we] are witnessing the birth of a global TV network.” He said that “(w)hether you are in Sydney or St. Petersburg, Singapore or Seoul, Santiago or Saskatoon, you now can be part of the Internet TV revolution.”[9] That’s right… Hastings is #teamTV 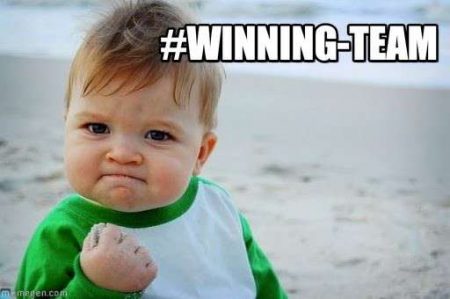 The claim of a “global TV network” clearly identifies that the aim of such media companies is to generate a unified, single and global content library across a company’s national markets, allowing them to offer the same material across different cultural boundaries. The actual content thus needs to expand in its cultural applicability, if we look towards classic concepts of cultural odor and discount, and local programming building the center of media consumption on the small screen. At the same time, keeping market expansions and nichification in mind, services need to offer highly targeted content to ensure audiences feel (here used to clarify we talk of affectual connections than actual delivery of product) that their individual needs are met; industry responses could be similar to Amazon’s long-tail strategy, offering a small selection of nearly everything. This, however, is not financially sensible (or logistically feasible) for international media companies, such as Netflix.[10] 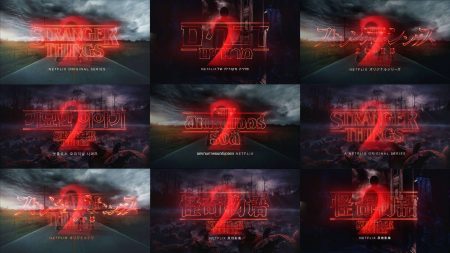 The contents they do order to add to their global catalogue (Amazon, Netflix, ITunes and company’s ‘true’ in-house licenses, if you will) thus need to perform the split between mass audience and niche audience, be recognizable (genre and cultural language) and relatable (identification processes) to all. But they can never lose sight of their brand central notion of ‘quality (pesky word)’ programming – generally tied to notions of non-mainstream content (I was thankfully reminded by my editors that I internalized a seminal text – maybe my first TV studies read – so nod to Jane Feuer, Kerr, Vahimagi and M.T.M.). So, the programming provided needs to be both identifiable as non-traditional, but serve massive audiences.

As much as genres have hybridized, obviously audiences have too, at times in interesting jumbles. In the case of Netflix, taste communities allow them to have multi-tiered audiences for the same content; marketed to different subsets of niche-consumers. Because we do identify in large terms with our media choices, this then is an interesting process of marketing: promising participants to be part of a transcultural (and educated/worldly/elite) audience, utilizing “universal themes,” which as a concept have been less vital to media studies prior, but may find their value in scholarship in the current environment. Pia Maybritt Jensen, in a recent article, said that “contemporary audiences are continually zooming in and out between the familiar and the strange, and between the local and the global in their engagement with transnational content.” Coming on the back of a four-year long investigation of Danish drama’s international success story, her study shows that “universal” themes are possibly key to Danish series’ success in travelling so well. While the idea of universal themes is not, as she points out, adopted broadly in academia, it has merits when reviewing Straubhaar’s reconfiguration of proximity along interest, genre, and experience, however. The phrase “culturally removed – emotionally proximate” signifies this quite clearly and appears to have been mastered by Netflix’ marketing team (Pia M Jensen, 2018). My prior work here and elsewhere has discussed Foreign Program Adopters (FPA) as the section of the circuit of affect I deem a starting point of sorts (if chicken and egg debates can be ignored) for changing audience-industry relationships. This small group if illegal-access mastering consumers of international content generated their social capital by seeing first, seeing most, and buying into global consumption – Jensen calls this the cultural mark-up. Their actions influenced policy and, in conjunction with industries correctly reading said cultural (transcultural if you like) mark-up, much of current business practices. As a result, global content providers brand themselves through their construction of a transcultural (individualised but massive) audience.

Audience choice is a way of self-identification.  In that sense, my prior work has especially discussed transnational exchanges in illegal media flows, highlighting the audience response to what Mark Stewart recently called the Myth of Televisual Ubiquity. He demonstrates that by accepting the myth that television programming, in its entirety, is accessible anywhere and at any time, we construct an audience built on viewership data that largely ignores the majority of non-US audiences. I’d extend the argument now, to include non-elite audiences and non-anglophone audiences, as they also are ignored by this myth. I’d argue that increasing competition in the global IPTV market inverted this myth as a result, and it has become embedded in global IPTV strategies as part of their marketing strategies. The promise made is that subscriptions not only gain viewers ubiquitous access membership in a global water cooler act, it shifts the myth to one of a transcultural existence through online TV.

Bärbel Göbel-Stolz is a Senior Lecturer at Coventry University in the School of Media And Performing Arts. Her work focuses on Transnational transcultural media exchange and media industries‘ logics. She has recently published on audience hierarchies in a post-digital world and gendered television branding.

[1] The link since having become inactive, this was first on CST’s online blog in 2015 – https://cstonline.net/2015-a-tv-odyssey-by-elke-weissmann/.

[2] TV within a medium pertains to discussions that focus on media texts, rather than the medium itself, but do so by continually reflecting on form and function that do point at the ‘original’ medium the text was conceived for or in which it has been distributed.

[3] I am working on a set of article releases that ultimately, I hope, will turn into a monograph discussing the value hierarchies for brands, audiences, and content in a transculturally expanding media environment.

[4] As media studies goes, there is hardly a field so diverse, which means these theoretical constructs I speak of are still highly valued in some, while skeptically glared at in other specialization areas – so allow me a bit of a generalization here for brevity’s sake.

[5] Some of the most recent industry mergers have been debated openly in the popular press, such as an article in the Chicago Tribune.

[7] One way for Netflix (and Netflix-like companies) to work with this is localizing marketing campaigns, which I discuss in a paper forthcoming.

[8] This, they are acutely self-aware off, as their own news website shows: https://news.newonnetflix.info/news/america-does-not-have-twice-as-much-netflix-content-as-the-uk/

[10] I purposefully here avoid early mention of culturally non-specific content, oft debated in scholarship addressing cultural imperialism such as Appadurai’s Modernity at Large, or medium specific examples such as Elana Levine’s piece on locating Degrassi; I work, elsewhere and forthcoming, with a term borrowed from a German news article, “soul-communism”, which identifies a brand activation tied to two messages: (1) we are all the same (2) while being unique. In brief, I argue that Netflix and other portals, especially in eradicating points of origin, craft their brand on offering tailored content, and drawing attention to that tailoring, but craft material they built around the notion of human themes, communicating that a Netflix viewer both belongs to a cultural (global) elite and a niche community within the same audience. 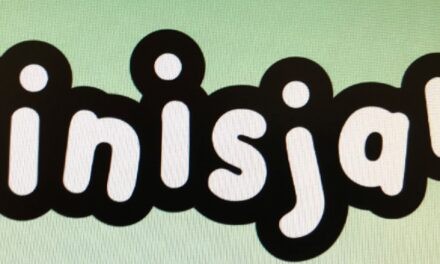 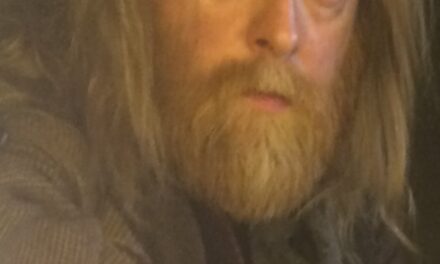