Since 2015 various news outlets have been reporting plans for Steven Spielberg to create a new television adaptation of the 1932 novel Brave New World and since 2013 a film adaptation by Ridley Scott has been in the pipeline. The book by Aldous Huxley was last adapted for TV in 1980 and filmed in 1998. Whether or not a Spielberg version gets off the ground remains to be seen, but in one sense the novel has been brought to the screen repeatedly in the program that adapts from everything: Doctor Who.

Any fictional evocation of a future philistine dystopia from Logan’s Run to Alan Moore’s Norsefire Britain to the scientific labour camp in the 1970 Doctor Who serial ‘Inferno’ owes something to both Huxley and Orwell’s 1984. Neither book ends happily. Orwell’s suggestion of a ‘boot stamping on a human face – for ever’ is as bleak as the ending of Brave New World. Here the last verbal image is the feet of the Shakespeare-loving Savage spinning gently round after he has hanged himself. However in Brave New World there is no need for any Big Brother surveillance, as the population of the post-Fordist world delineated by Huxley is so strongly socially conditioned by hypnopaedia and so heavily drugged by the soma they are all permanently happy.

Similarly, Doctor Who from its black and white era to its most recent stories has adapted from Huxley, who died coincidentally on November 22, 1963. The hypnopaedia, or playing recordings that indoctrinate while people sleep, is directly represented in ‘The Macra Terror’ (1967), as is the enforced happiness and the banal philistine culture based on upbeat music. Drugging a population into submission is a feature of ‘The Sun Makers’ (1977). The permanent happiness and vacuous music combine in ‘The Happiness Patrol’ (1988). The revived series revisits Huxley with the drugs and community singing in ‘Gridlock’ (2007), and the hymn singing echoes the mass singing organised by the Arch-Community-Songster of Canterbury.

The sociology of these worlds also adapts from Huxley, especially in the cruel demarcation between a small elite and a large labouring population. Huxley stratified his society from Alphas down to Epsilons. The community in ‘The Macra Terror’ comprises a small elite and then a large number of labouring miners. The World Zones Organisation in ‘The Enemy of the World’ echoes the political structure in Huxley’s book and the charismatic Salamander bears resemblance to the controller Mustapha Mond in Brave New World. The rulers of Pluto in ‘The Sun Makers’ and Helen A’s regime in ‘The Happiness Patrol’ live in comfort compared to the toiling masses. In ‘The Happiness Patrol’ there is reference to off-screen factories and labour camps. An elite also governs an exploited population in ‘Vengeance on Varos’ (1985). There was space in Huxley’s novel for prolonged discussion of God and religion and Varos also shows the potency of music and a type of religion in a sequence where the Doctor undergoes a mock execution accompanied by a chanting priest.

But I noted Huxley’s book does not end happily, at least if you’re someone who cares about high culture or individual freedom. The individualist thinkers Bernard Marx and Helmholtz Watson are banished to the Falkland Islands, the Shakespeare loving Savage hangs himself and the banal, exploitative and elitist society continues as before, like Orwell’s boot continues to stamp down on the human face. In this regard, does Doctor Who really adapt from Huxley at all? After all, the Doctor blows wide open the Macra’s subterfuge and brings the exploitation to an end, as he does later in ‘Gridlock’. Salamander dies and his regime is collapsing and the elitist rulers on Pluto are killed when the workers revolt and the Doctor switches off the pacifying drugs being pumped into the air. Helen A’s world collapses and the Doctor teaches her a very personal level about the potency of unhappiness after her pet monster dies. The sociology of Huxley’s novel does not fit within a program where the Doctor fights injustice and overcomes evil.

And yet there is a space in Doctor Who where Huxley’s bleakness can surface. ‘Vengeance on Varos’ famously ends with two of the down trodden Varosians staring in horror at their blank television set. The ending of the story had been fairly conventional up to this point. Evil had been fought and overcome, the tables were turned on the ugly monster Sil, and the antagonists Mr Quillam and the Security Chief are dead. However the regime dies with them, meaning the programs broadcast to keep the inhabitants entertained suddenly stop. The subversive ending, as the two workers stare at their screen and realise they have no idea what to next, is rightly celebrated as a more-than-usually complex impression of the aftermath of the Doctor’s actions; the people he has apparently just saved are far from thrilled about it.

There is another story which invites us to ponder that the Doctor’s actions may be far from straightforward. ‘The Face of Evil’ shows the Doctor cleaning up his own mess; in an unseen adventure he had programmed a computer that promptly went mad and began undertaking experiments in social conditioning. We don’t know what will have happened next on Varos, but we are left a strong hint in the final scene that it may not be pretty. Huxley left us with no hope that the sterile, exploitative, stratified world that had banned books and high art, destroyed ancient monuments, genetically engineered its population and drugged them all into a permanent state of happiness would ever change. In ‘Varos’, the Doctor apparently has done what he always does and overcome an oppressive regime. But has he? Did the people on whose behalf he fought want him to? Would they know what to do with freedom? In Brave New World the only person who didn’t want permanent happiness ends up killing himself while the controller is absolutely certain that he is doing the right thing. In this way perhaps ‘Vengeance on Varos’ is the truest adaptation from Huxley in Doctor Who and a rare iteration of story showing that bringing down a dystopia may be what the Doctor does best, but leaves open to question if he does it at all well. 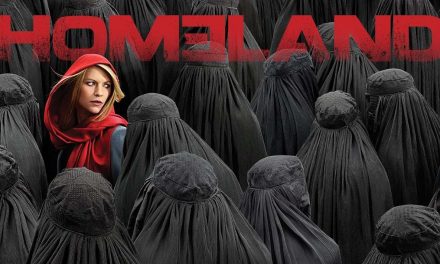