British television fans need no convincing of James Corden’s smiley, shiny, naughty wonderful. From host to writer to actor to bloody nice singer and dancer, he’s annoying good at many showbizzy things (plus, he seems just annoyingly nice generally). Gavin and Stacey was when I really got to know him. In Oz we’re about 10 actual hours ahead, but often about 18 television months behind (and I think it was at a DVD shop where I took a punt first and then fell in love).  As the local industry has finally caught up with commercial television on demand services it’s been a joy to relive the magic that was (and still is) Corden’s gloriously gross “Smithy”.

Last year Corden made the jump to the US, taking over as host of CBS’ The Late Late Show. Ex-pat Scott Craig Ferguson had steered that ship for nearly a decade, and his quirky wilful disconnection with mainstream American culture was going to be a bloody difficult act to follow. While Corden’s show has still fallen behind the mammoth late-night empire that is the NBC in terms of traditional ratings, he’s started to make significant headway where it matters for those of us with day jobs and dodgy broadcast syndications. The availability of official Late Late Show segments YouTube pretty swiftly after the American airdates has let me fall in love all over again.

The jewel as far as I can see is Carpool Karaoke. Playing on the basic premise that Corden needs an extra body in his car to let him carpool lanes in gridlocked LA traffic, the ‘bit’ draws on that body being often a very famous musician. American trade magazine Adweek places the original idea back to Corden’s time in the UK, specifically a 2011 Red Nose Day skit where Corden (as Smithy) takes an impromptu car trip with George Michael. The two singing in the car to Wham was bloody lovely then, and it’s still bloody lovely now:

The American version of Corden in cars singing with celebrities is arguably less naughty, but the music and production budget is clearly much bigger. When Stevie Wonder, Justin Bieber, Mariah Carey, One Direction, Jennifer Lopez and Elton John all each agree to play along, you know there’s some serious petty cash floating around

As of February 2016 Adweek claimed that the Carpool Karoake segment featuring Adele was “ the most-watched late-night YouTube video of all time, with 68.1 million views and counting”. As I write this, the numbers are closer to double that at 96.6m (or so). I have to admit that more than a couple of these clicks are mine – not just in the name of research, but also because it’s such a damn joy to watch something approaching the kind of reality television that I feel I can finally relate to. Forget cooking, baking, amazing racing and blind dating – singing harmonies to the radio and dancing at the traffic lights is really where it’s at as far as I’m concerned. Who cares how daggy it is and how shamelessly you still know all the words to The Spice Girls?

The combination of music, online television spaces and a healthy bit of novelty is hardly new, but watching it grow is. The segment serves as an excellent alternative to traditional music interviews, with artists still able to talk about influences, new sounds and relative controversy, but somehow in a way that’s less tacky. Sia’s Carpool explanation of her choice to cover her face so as to save some privacy (and newly sober sanity) was direct and touching; as was Elton John’s touching revelations about the process of becoming a late-in-life father. As Corden drives and harmonises he creates something of a safe space to talk relatively freely – it’s hard not to be drawn in.

Unsurprisingly there are reports of CBS looking to develop a standalone version of the segment, although without Corden who knows how it will work and if/when the novelty will wear off? Here’s hoping some sense can be used so that a traffic jam can be avoided. 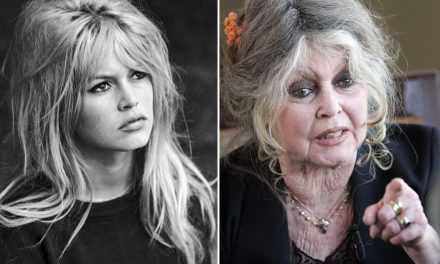