The first screen portrayal of Ian Fleming’s James Bond was not Sean Connery in Dr No (1962), but on television nearly ten years before. Fleming had repeatedly sought to exploit the character on screen and there were numerous failed approaches made to him about adapting his Bond novels for television, from both US and British producers, during the 1950s. Eventually, the US network CBS broadcast Casino Royale as a live TV drama in 1954, but for decades afterwards it was ‘lost’. Fifties television’s evanescence and its more complex means of international distribution than cinema have marginalised its role in the story of Bond on screen. 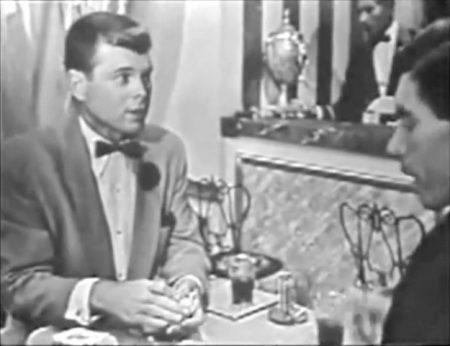 Fleming’s American agent Curtis Brown negotiated a deal for CBS to pay $1,000 for an option on the live television rights to Casino Royale, which had been published in 1953. Live television rights are separate from cinematographic rights, which apply to a pre-recorded adaptation such as a cinema film or filmed television programme. So, it was possible for Curtis Brown to make the television deal with CBS without a direct impact on possible sales of the film rights. The main production method for TV drama in the USA in the 1950s was to shoot a continuous performance live in a multi-camera television studio, using electronic cameras. The output of the three or four cameras was mixed live in the studio gallery, since videotape for recorded programme making became available only from 1956. The one-hour television Casino Royale was screened at 8.30 pm on 21 October 1954 in the series Climax! Mystery Theatre (CBS 1954-8) sponsored by the Chrysler Corporation. It was broadcast in colour, but in that first year of colour TV in the USA very few people would have seen it that way, viewing in black and white instead. YouTube now hosts poor quality monochrome uploads of the broadcast.

The Climax! series was a drama anthology; each episode was a different story, but screened under the same overall title and the episodes were planned as a single season. Each drama was bracketed by the sponsor’s advertising, a short film showing Chrysler’s current cars. The opening titles used each week had an emphatic male voice-over that told the viewer that this programme is ‘Live, from Television City in Hollywood!’ Then the series host, actor William Lundigan, addressed the audience from a study desk, and for Casino Royale he held a baccarat shoe, telling us that the week’s story is ‘based on the bestseller by Ian Fleming’. The next shot established the setting of a casino, which had been built in the studio of course. Bond (Barry Nelson) is an American spy called Jimmy Bond, we discover, who is greeted by his British associate Clarence (not Felix) Leiter (Michael Bate). Bond is to humiliate the enemy agent Le Chiffre by defeating him in a baccarat game. Valerie Mathis (Linda Christian) is introduced as Bond’s former lover, and it is quickly clear that we are in a world of sophistication, danger and intrigue that feels quite ‘Bondian’. 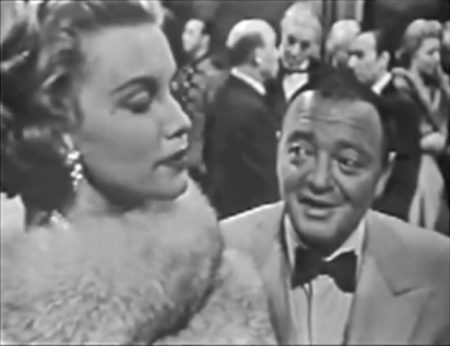 The action is fluid and the cameras are mobile, partly because as a continuous live performance, the actors’ movements had to be choreographed to avoid the need for cuts. As Bond and Valerie stroll past the camera arm-in-arm, Le Chiffre (Peter Lorre) and three henchmen sweep in towards it, for example, and the action moves on. To a 1954 audience, Casino Royale would have looked quite similar to other dramas in Climax! and the other anthologies of live drama of the period like The US Steel Hour (1953-63) or Kraft Television Theatre (1947-58). Although Casino Royale now looks a bit clunky, the average budget of only about $40,000 and the problems of making live drama need to be borne in mind. It was popular at the time: Climax! was among the top ten ratings winners in the mid-1950s. Fortunately for us, the live programme was kinescope recorded onto three reels of 16mm film while it was broadcast, but the film recording was then lost until its accidental rediscovery in 1981. One of the reasons for this neglect is probably that Climax! was among the last live drama series in US prime time, as the networks moved to showing filmed television fiction that could be shot out of story sequence.

The first commercial break is followed by the baccarat game, which is shot in a complex alternation of overhead shots and shot-reverse shots between the card-players. At a slower pace and with fewer problems of timing and choreography to consider, Nelson and Lorre are able to give greater depth and complexity to their performances, using eye movements, facial expression and gesture much more subtly than in the long shots and long takes that dominate the majority of the drama. Lorre is wonderfully menacing, sly and compelling to watch. 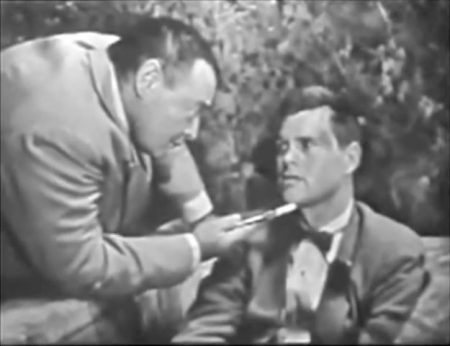 Winning the baccarat game, Bond goes to his hotel to find Valerie, who arrives in the thrall of Le Chiffre and his henchmen who are looking for Bond’s winnings. Le Chiffre tortures Bond, who is tied up in his own bathroom, by crushing his toes with pliers (rather than beating his testicles as in the novel), providing Lorre with an opportunity to play an extended sequence of controlled, menacing domination. Bond escapes, shoots Le Chiffre and the drama ends quickly as Valerie hugs Bond. Lundigan’s closing remarks include an acknowledgement of the good work being done at a National Safety Congress being held that week, and he encourages the audience to take care. The liveness of the drama is signalled again here by the mention of the congress, though accident prevention sits oddly with the sadism that we have just seen Lorre enact.

Spatially, the 1954 adaptation is very constrained, taking place entirely in interiors. Pace is generated by rapid shifts between the fictional locations of different hotel rooms and the casino, which in production would have been adjoining sets within the one large soundstage where the drama was shot. Careful planning would have been required to ensure that the actors could get from one set to another, and cameras redeployed ready for the next scene, while action was being shot in another part of the studio. Apart from the two commercial breaks, there could be no pauses in the performance and it would have required intense concentration and coordination between actors and crew on the studio floor, and in the director’s gallery above. Apart from some brief fisticuffs, there is none of the running and jumping that we might nowadays expect from Bond, and of course no car chases or spectacular set pieces. 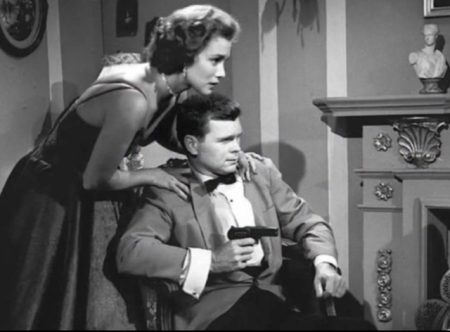 The lack of a Bond TV series is a structuring absence at the heart of the cycle of British and American spy adventure television series of the 1960s. There were plenty of them, especially those made by Lew Grade’s ITC production company, such as Danger Man (1960-9), The Avengers (1961-9), The Saint (1962-9), Man in a Suitcase (1967-8) and The Champions (1968-9). These were, in a sense, echoes of a Bond who never appeared on television, except in the lost Casino Royale. Grade’s ITC action-adventure series were not adaptations of Fleming’s Bond, but they existed in the space for action, exoticism, sex and humour that Bond had carved out. In 1956, Fleming wrote a TV pilot, James Gunn – Secret Agent, for a planned television series. It was never made, but he reworked it into the novel Dr No (published in 1958), which would become the first cinema adaptation. A long story of failures to gain the rights for a television Bond led to the Eon Productions film versions that started in 1962.

Because of the technical and industrial contexts of live studio drama, the aesthetic and narrative features of the first screen Bond were wildly different from the films that came later. But the massive popularity of the literary Bond, and the related success of Bond at the cinema, made secret agent TV series obvious prospects for others to exploit. While there was hardly a television Bond at all, he embodied the combination of sophistication, physical action and globe-trotting that drove the success of a whole cycle of other television spy adventures.

Jonathan Bignell is Professor of Television and Film at the University of Reading. He works on histories of television drama, cinema and children’s media. This blog is based on a section of his chapter about TV Bond in James Bond Uncovered (ed. Jeremy Strong). Some of Jonathan’s work is available free online from his university web page or from his academia.edu page. 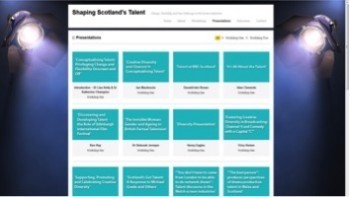