This week I watched the first episode of Bates Motel, the television spin-off from Alfred Hitchcock’s Psycho (1960) which began its UK broadcast on the 12th September.  Of course the show is more accurately described as a prequel as it is set when Norman Bates is a teenager, his mother is still alive and they have just purchased a motel to set up as a new business.  It is also a form of reboot, tweaking the details of the story as depicted in Hitchcock’s film by focusing upon Norman’s adolescent development.   In this it has much in common with NBC’s Hannibal (2013-), a prequel to the Thomas Harris books/films of Red Dragon/Manhunter (Michael Mann 1986) and Silence of the Lambs (Jonathan Demme 1991),which also serves as a reboot, re-imaging the characters – Will Graham, Jack Crawford and Hannibal Lecter — and the narrative that brings them all together for the purposes of a complex and supremely disturbing serial drama.  Bates Motel also feels indebted to Dexter (Showtime 2006-2013) – the television series about America’s favourite serial killer – with its sympathetic focus upon a killer in development, something Dexter presented through flashbacks. And of course Dexter was itself influenced by Psycho (alongside Michael Powell’s Peeping Tom [1960]) in its presentation of a likeable protagonist, marked by childhood trauma and transformed into a murderous psychopath.   Norman’s ‘Mother’ alter-ego has been reworked as a combination of Dexter’s Dark Passenger and the ghostly presence of his father Harry, who guides much of Dexter’s behaviour. Dexter doesn’t dress up like his father but he does have lengthy conversations with him.  I don’t think it is a co-incidence that both Hannibal and Bates Motel have launched in the same year that Dexter is finishing. They feel like natural successors – or at least that is what the networks hope we will think.

Now after only one episode, the jury, for me, is still out on the Bates Motel. I find promise in the premise.  As a fan of high school dramas and comedies, I am drawn to the potential of positioning Norman within these generic conventions.  How will Norman manage the pressures of adolescence, his burgeoning sexuality and his desire for independence in the face of this particular overbearing parent? How will he respond to peer pressure and teen social situations? Will this become a reworking of Stephen King’s Carrie (1974) or Joss Whedon’s Buffy the Vampire Slayer (WB/UPN 1997-2003) – with Norman concealing a much darker secret identity than Buffy.   I also think there is potential in the psycho-sexual tension between Norman and his mother Norma Bates – disturbingly played by Vera Farmiga. But it is early days.

Conversing with people about the opening, I was struck by one criticism which gave me pause for thought.  It was that the show was set in the present day and not in the period of the original film (or novel).  The image of Norman texting his friends [Norman has friends? Norman has a mobile phone? ] and listening to his Ipod seemed anachronistic; too disruptive of our expectations of Psycho.

Would it be impossible to present the show more clearly as a prequel, set in the 1940s building up to the events depicted in the 1960 film?     Could you not tell the story of a teenager in this period? Or would it be too alienating to audiences…a foreign world that feels distant, quaint and therefore not frightening?   The success of Mad Men has shown that audiences are receptive to television set in the recent past that reconstructs nostalgia for the period into something darker, more critical. Could this not work for horror?   HBO’s Carnivàle (2003-2005) demonstrated that the past could be used to create unsettling surreal images of the uncanny, a disturbing world that is both familiar and unfamiliar.   [Of course Carnivàle only lasted two seasons in stark contrast to the very contemporary Dexter’s eight seasons.]

Reflecting upon my own response to the first episode, I was struck that this issue had not bothered me. I could understand the criticism and yet the contemporary setting did not seem disruptive. I realised that it had never occurred to me that the series would be set in the past.    It seemed natural to locate it in the 21st century. After all, while Hitchcock’s film was set in 1960 (eight years before I was born), at the time of its production it was contemporary.  His aim was to make a very modern, very youthful thriller that would shock and terrify audiences, opening with a clandestine meeting of two lovers in a hotel room and including graphic depictions of violence. He deliberately undermined the gothic trappings of the Bates family home by setting his murder within the mundane location of a motel bathroom.  Norman Bates’ story is a modern story and so in many ways it makes sense that in rebooting the narrative that it is set in the present day.  Here faithfulness to the original is not conveyed through maintaining fidelity to period but recreating the modern sensibility.

The choice of setting has the added affect of making Norman seem out of place within the contemporary. He may possess the accoutrements of a modern day teenager but his mannerisms, his awkwardness, his loyalty and deference to his mother, even his tendency to call her ‘mother’ – all behaviour we expect of Norman Bates – seem out of place within this very modern setting, placing him at odds with the world.  On his first day at the new school, as he waits for the school bus listening to his Ipod, he is approached by four high school girls who declare ‘you’re new’.  But in fact, Norman isn’t new, he’s old…old movie…old world. That is what makes him – and his Mom – so unsettling.   That is what builds anticipation as to when and how the horror will erupt from this most dysfunctional of family relationships.   The modern setting highlights Norman’s difference from the crowd. He is an anachronism.

But one final thought on period and horror. When Hitchcock made Psycho, horror films were commonly, although not exclusively, set in period (e.g. Universal horror, Hammer horror, Roger Corman’s Edgar Allan Poe adaptations).  Psycho was so shocking partly because it was so new. This killer didn’t look like a monster, an aristocrat or a mad scientist, but rather looked like the boy next door.  But today the contemporary has become the standard location for horror. We expect monsters to look like our neighbours. The show may position horror as emerging from the familiar, but it also runs the risk of diffusing horror because it is too familiar. Perhaps setting Bates Motel in a recent past that is both familiar and unfamiliar would be even more unsettling and disturbing. In fact, American Horror Story (FX 2011-)has used this to great effect in seasons 1 and 2, casting a light onto the dark undercurrents of modern society through a glimpse into its past – both familial and institutional. Is setting Bates Motel  in the present remaining faithful to  the horror sensibility of Psycho, and therefore an attempt to tap into and reinvigorate the horror of the original for television, or is it simply conforming to conventional standards of horror and therefore undermining the power of the text? We will have to wait to see how the series progresses over season one and into later seasons if it succeeds. But this issue of past or present raises interesting questions about notions of fidelity in adaptation, remakes and reboots, but also about the changing nature of TV horror as it works to distinguish itself from such canonical cinematic texts as Psycho and The Silence of the Lambs, and establish the evolving parameters for horror on the small screen. 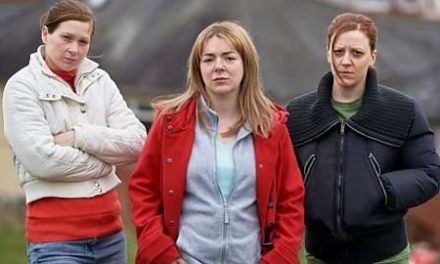 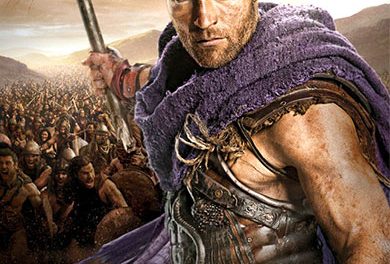