I’ve spent the last year or so researching how television was domesticated in Britain from 1946 until 1976. Following Lynn Spigel’s approach (in a U.S. context) in Make Room for TV (1992), I’ve been using domestic magazines as one of my main sources. I have now hunted through thousands of editions of magazines ranging from high-end monthlies, aimed at white middle-class women, like Good Housekeeping, to popular women’s weeklies, with a broader readership, like Woman’s Own and more male orientated DIY publications like Practical Householder. I’ve found that all of these magazines offered a wide range of advice to readers on how to buy, view and display their television set.

It seems to me that, from the outset of television’s arrival into the home, a “television lifestyle” was constructed by these magazines and that this lifestyle depended on the consumption of other products, which the magazines actively encouraged. This gives us another way of understanding how television, during the process of its domestication, was implicated in the burgeoning consumer culture of the 1950s and 60s.

So, what products could we have bought in the 1950s and early 1960s that would have helped us achieve the ideal television lifestyle? Let’s imagine a consumer from this era keen to create the perfect television viewing environment and see what products might have been on his/her shopping list, in accordance with the advice in the magazines and the marketing techniques of the advertisements in them.

The magazines focus a lot of their attention on heating, whether by gas or electricity: achieving a warm and, therefore, comfortable home features as an ideal trait of the modern home. As the DIY magazine Homemaker tells readers in 1960, the modern home not only looks good, it feels good too. So, the imaginary consumer, will have wanted to invest in some sort of heating to achieve the first vital component of the TV lifestyle: warmth.

Televisions appear in adverts for carpets, fireplaces and curtains. All three are presented as key to achieving a warm, cosy environment best suited to television viewing, so all three can also be added to our imaginary shopping list. An advert for Claygate English Fireplaces from 1953 reads ‘lulled to a deep contentment, you drowse and dream in the friendly warmth that blazes from the Old English Fireplace’. The television’s presence in this advert suggests that the fire could enhance the experience of watching by providing this background warmth and contentment. The dynamic between television and fireplace is an interesting one because the television is commonly seen as the successor of the fireplace as the focus of the living room. Whether this is actually the case is debatable, but this advert suggests, by including a television set in the image, that there is definitely room for both but that the fireplace should remain as the traditional heart of the home.

If you were a female consumer in the 1950s, who cared about the warmth of her family, you might have wanted to invest in some Ruflette curtain tape so you could make thicker curtains (perhaps because central heating is too expensive, as it would have been for most households in the 1950s). In an advert for Ruflette curtain tape from 1955 the television set is watched by a father and his two children, with thick curtains drawn behind the set. The father smokes a pipe and the children watch the set engrossed, the light from the set reflecting on their faces. The text reads ‘when it’s television time and the family’s snugged down for the evening, home will be cheerier, warmer with special winter curtains.’ The mother’s hands are visible sewing the tape into the curtains; it is the mother who provides this warmth and ‘snugness’. This advert creates a strong sense of the idealised TV viewing environment – it is warm and cosy, the family are together – and this is facilitated by the mother figure consuming this particular product and in this instance, labouring to construct it.

In a different twist on the immersive, cosy environment created around television viewing, an advert for Chubb locks from 1951, suggests that this atmosphere can be dangerous, as burglars can sneak in while the family is together and distracted. Again it depicts a father smoking a pipe watching television with his two children. The TV screen emits sound and light making the atmosphere almost oppressive. It reads:

He knows you have a television set because he’s seen the give away aerial. So while you sit watching and listening, it’s a simple job for a burglar to pick your front door and get inside without you hearing a thing.

The same kind of image which the Ruflette advert employs is transformed into something threatening: when your senses are dulled by television, because it is both visual and auditory, you become less aware of your surroundings. However, if we add the Chubb locks to the shopping list, the imaginary consumer won’t have to have any worries about security while fully immersed in the box.

Lighting was another important consideration, which is frequently discussed in the magazines. Early articles about television viewing give advice about how to light the living room while viewing. A lamp to the side of the television set is most recommended: darkness is not advisable, but neither is a glare reflected on the screen. For this, the savvy consumer might have chosen to purchase the R.E.A.L. Plinth light, which was especially designed for the purpose of lighting television viewing. The Plinth light was designed to sit on top of the television set and as the advert from 1956 describes,

when this restful, mellow and charming light is on the top of your T.V. set, a new era of soothing televiewing is born. No suspicion of eye-strain to mar your enjoyment; no reflection on your screen, no interference with the brightness of your picture. T.V. at its most perfect! The plinth creates an effect of non-darkness – rather than light – and sheds its softly diffused glow throughout the room.

The light both offers to facilitate perfect viewing, without eye strain or reflections, but also to create the appropriate atmosphere for the room, from the soft glow and non-darkness. Or, if our consumer was feeling in the DIY mood, they could use some tips from a reader in an edition of Practical Householder from the same year, on how to make your own plinth light using the chromium holder from an oven-proof dish.

Television viewing requires furniture and the magazines provide readers with lots of advice about how to best arrange the living room in order to facilitate viewing. A range of special chairs and tables were on offer designed to make the TV viewing experience as easy and relaxing as possible, so these are another must-have for the shopping list. Our consumer might choose to buy a television table designed by William Perring, which is listed in the 1956 Ideal Home furnishing forum new trends section. The article writes that it is ‘more than just another television table . . . Below are open shelves and cupboards, and pull-out flaps are useful for serving snacks’. Or, instead of buying television furniture, they might choose another DIY option, and decide to build the stow-away television table and sofa offered by Practical Householder in 1957. This ‘occasional suite’ would ‘cope with extra guests and provide them with a good-sized buffet table . . .’ Lots of the examples I have found emphasise the features of tables and chairs that allow for flexibility and, more importantly, easy access to other consumable items like drinks, snacks and cigarettes.

If our imaginary consumer was a young woman, she could throw a television party and display her acumen as a hostess and consumer. A Good Housekeeping special on fireside entertaining from 1956 features instructions on how to be the perfect ‘television hostess’. Everything from the outfit worn by the hostess, to the furniture and the manner in which the food is served must be right – it even recommends using ‘television crockery’ (that’s another must for the shopping list). If this is perfected, then what is viewed is secondary, as the article says ‘we’re sure the programme was good – but the young hostess . . . has the scene set for a successful evening anyway’.

This leads us on to the final vital component to the television lifestyle: food and drink. Countless advertisements for food and drink products use television, often suggesting that the product advertised will enhance the television viewing experience. These adverts are frequently aimed at, or depict, a female consumer providing refreshment for her family while they view television. As with the television hostess example above, the adverts often show TV viewing as a shared activity, with both family and friends.

A mother might have wanted to purchase some instant coffee to serve to her family while they watch TV. An advert for Nescafe from 1951 depicts a mother handing cups of coffee to her husband and two children, who are seated around the television console. The text reads ‘so quick to make – you don’t miss a thing’, thus the instant nature of Nescafe is here a boon for women, because they can provide refreshments for their family, while also enjoying the entertainment of viewing. There are several adverts that also portray the mother figure as the provider of food and drink, while the family or guests view television. An advert for Sunblest bread from 1957 shows the mother bringing in a tray of tea and sandwiches to accompany the brand new television set. The text reads ‘“thank god I had time to make the sandwiches” Mum thought. “I wouldn’t have wanted to miss a minute of this”’. It suggests that the sandwich making (i.e. the care of the family) is the priority and her viewing secondary.

If our female consumer were to buy Guinness, however, she might get a chance to engage in some television viewing herself. A Guinness advert from 1955 shows a couple both watching television with a glass of Guinness and a TV dinner. The advert gives advice on how ‘to enjoy your T.V. more’ and this advice revolves around eating and drinking:

1. When there is something special to watch, and people are coming home late, get a simple spread ready to eat round your set.

2. To make your simple spread simply delightful get in a few bottles of Guinness; it is always enjoyed a lot.

Here we have an example that shows us that, from the mid-1950s, the TV dinner was becoming an established concept, which was promoted through advertising. The magazines themselves also offer plenty of tips for TV dining, including a whole supplement on the “TV supper” from Woman and Home in   1962.

If we collate the shopping list, we’ll see that our imaginary consumer has to buy a lot to achieve the television lifestyle constructed by the domestic magazines: heating, fireplace, carpets, curtain tape, locks, a television light, television chairs, television table, television crockery, coffee, beer and bread. The list could go on; I have only selected a few examples from the archive, but what is evident from this shopping list is that television viewing was quickly embedded within the consumption practices of the home in the 1950s. These consumable items, which  ranged from what we now consider basic amenities like heating, to what were then luxury food items, like instant coffee and snacks, were all positioned as means to a more comfortable life, and television played a key role in this construction.

Emily Rees is a postgraduate researcher in the department of Culture, Film and Media at the University of Nottingham and is funded by the Midlands3Cities doctoral training partnership. Her thesis focuses on the domestication of television in Britain 1946-1976, exploring the ways in which a “television lifestyle” emerged during this time. 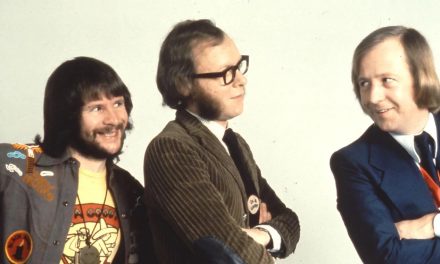 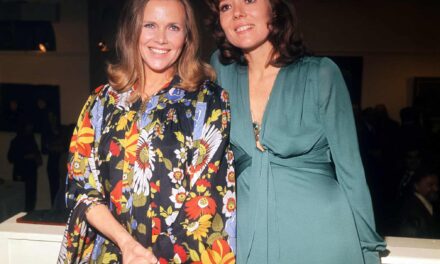