Sadly the 18th January 2013 marked the end of Fringe – the little – much loved — telefantasy show that managed to hold out for five seasons against the odds at Fox, a channel notorious for cancelling cult SF shows in their infancy (see Firefly, Wonderfalls, Dollhouse).   This was a planned completion rather than a sudden cancellation, providing the series creators the opportunity to wind up the narrative in a ‘satisfying’ way for them and their fans.  Kevin Reilly, President of Entertainment at Fox, made the announcement in April 2012 and in particular emphasised the importance of giving the show a suitable end by claiming that ‘Bringing it back for a final 13 allows us to provide the climactic conclusion that its passionate and loyal fans deserve’ (‘Fringe Renewed for Final Season’).

It is true that a sudden cancellation is an unsatisfying experience for both creators and fans as it leaves stories left untold and intriguing narrative strands and themes unexplored. I remember the frustration of watching the season one finale of Invasion (ABC 2005-2006) –a post-Katrina alien invasion series which featured an ominous conclusion as the body of the hero’s wife, on the verge of death, was being lowered into the alien infested waters in order to rejuvenate/replace her – just after the announcement that there would be no second season.  Just as the show began to really show its dark potential and to push questions of identity and what it means to be human to their limit, it was pulled out from under us.

The broadcast of a series’ finale, however, is an exercise fraught with tension, expectation, and risk of disappointment.  The knowledge that this is the last season means that every action in every episode possesses greater significance as the fans question, where is this going? How will this fit into the end?  There is little room for digression as time is limited and everything must count. This was definitely the case with Fringe, and the post-finale discussions I took part in demonstrated both a great deal of satisfaction and frustration.   Many people, myself included, expressed disappointment at the far-too-neat conclusion in which ‘normality’ (a topic that has always been called into question on Fringe) was restored and the dystopian vision posited in the final season was avoided, while also commenting that moments in the finale left them sobbing.  This contradictory reaction raises interesting questions about the finale worth exploring (season 5 spoiler warning).

One of the biggest issues with the final season, for me, was also the show’s biggest gamble.  In the season four episode ‘Letters of Transit’ – a lovely homage to Casablanca – the narrative leaps to the year 2036, introducing a dystopian vision of the future in which the human race is now being held hostage by a future, more highly evolved (read unemotional, logical and therefore in Star Trekian sense less than human) version of themselves known as the Observers. We are introduced to a new version of Fringe Division – a government agency originally tasked with investigating crimes caused by fringe science but now largely responsible for policing humanity for the Observers. Some of this new team, however, are members of the resistance movement.   Our usual Fringe team is eventually discovered in a form of suspended animation and released to help save the day. The episode ends when it is revealed that one of the 2036 Fringe officers, Etta, is the daughter of the show’s main characters FBI agent Olivia Dunham and Peter Bishop.  The remaining episodes of season 4 return to the show’s usual timeline but season five once again brings us back to the narrative in 2036 and it is there we remain for the majority of the season. Now my problem is not with the sudden temporal shift, with the dystopian vision of the future, or even the at times complicated and illogical narrative surrounding the desire to reset time by travelling into the future to change the past (a nice variation from the usual Terminator-style narrative in which someone travels into the past to change the future).    These are completely acceptable tropes within an SF series preoccupied with undermining narrative expectations, challenging conceptions of normality and family, and presenting complicated visions of parallel universes and alternate timelines.   These are the things we love about Fringe.

My problem is with positioning at the centre of the final season’s narrative a character with whom we have no emotional engagement, namely Olivia and Peter’s daughter Etta. This is a character who was born and lost to Olivia and Peter in between seasons 4 and 5 (Olivia discovers she is pregnant in season 4) and suddenly we are supposed to respond emotionally to the emotional roller-coaster they experience as they find their daughter only to lose her again to the Observers, making Etta

the poster-child for the resistance and Olivia and Peter’s impetus for fighting the Observers (as if saving the world isn’t enough).   Furthermore, the finale concludes with the fringe team successfully resetting time and returning the narrative to previously glimpsed moment of Olivia, Peter and the four year old Etta playing in the park.  This was the moment when the Observers had invaded and the family unit was ripped apart with the disappearance of Etta. Returning to this moment reassures the audience that the normal human timeline has been restored as the Observers do not invade. The sense of normality is presented in the form of the restored nuclear family.  On an emotional level, this restoration has no impact – why should we care really—because it has not been earned. There has been no real engagement with these characters as a family and therefore there is no emotional catharsis through its restoration. On an ideological level, the manner in which it seems to celebrate heteronormativity also sits uncomfortably with our expectations of Fringe. The whole notion of reassuring the audience with a return to normality undermines the thematic trajectory of Fringe, a show that with its images of monstrous bodies, disturbing science, parallel universes and alternate timelines has never been reassuring.

Now family has always been at the centre of Fringe but it has usually celebrated alternative versions of families: such as Olivia inviting her sister Rachel and niece to live with her following Rachel’s marital separation (season one); season four’s alternate timeline narrative in which Olivia was adopted and raised by Nina Sharp (CEO of the multinational science and technology corporation Massive Dynamic); the chosen family of the fringe division itself, thrown together for professional reasons but bound together as family. Most significantly the show’s revelation that Peter is not in fact Dr. Walter Bishop’s son (who is in fact dead) but is the son of the Walter Bishop from a parallel universe (aka the Walternate), stolen by Walter as compensation for his loss. This narrative both raises questions of what it means to be family – the Walternate may be Peter’s biological father but there is no emotional bond between the men – and positions at the centre of the show’s narrative an estranged, sometimes fractured relationship between father and son, that is gradually restored over the course of the five seasons. This restoration is earned.

This brings us back to the finale.  While the restoration of Peter, Olivia and Etta as a family unit is overly tidy and dissatisfying, the emotional ‘conclusion’ to Walter and Peter’s journey together is heart-breaking, and yet satisfying.  In the finale, Walter must sacrifice himself by travelling into the future to save the past, explaining in a message viewed by Peter before Walter disappears that it is what he has to do as penance for all the pain his blind pursuit of knowledge has caused.  Peter’s final goodbye to Walter, as he silently mouths ‘I love you Dad’ before Walter walks into the wormhole, taking him away from Peter forever, is a moment of earned emotional catharsis as it speaks to the healing of that relationship, the deep love between the two men and the reversal of traditional family relations when here it is the son who must let his father go (in a deliberate reversal of season three when it is Walter who much learn to let Peter go in order to make a similar sacrifice to save the world).  While it is Walter’s sacrifice that facilitates the restoration of Peter’s own nuclear family with Olivia and Etta, idealised with images of them hugging in the park, the episode does not end on this moment and therefore leaves room to question just how conclusive we are meant to take this ‘happy ending’.   In fact, the ending is not remotely happy – at least not for me– as the resetting of time means that Peter does not know anything about his father’s sacrifice and there is no explanation about Walter’s disappearance.  The episode ends on Peter’s return to his house to find an unexplained envelope from his father, containing the hand-drawn image of a tulip (a symbol Walter once used as a sign that Peter would one day forgive him his failings).  The look on Peter’s face –

initially bemused, then quizzical and finally concerned – expresses all of the questions left unanswered by this ending. The conclusion to Fringe, I would therefore argue, may seem too tidy, too heternormative, and too happy and thus unsatisfying. But that was not my emotional reaction to the finale, which was one of heart-break. The bookending of this ‘happy ending’ with scenes surrounding Peter and Walter undermines this happiness, and infuses it with loss…loss of Walter…loss of family…and loss of Fringe.

So do finales work? The tension within this particular example highlights an issue with regard to serial television, pointed out to me by a student on the Cult Film and Television module at the University of Roehampton, which is that television isn’t supposed to end. Its pleasure is in the ongoing narrative and the continued disruption to narrative that means that any attempt to construct a ‘satisfying’ finale or ‘provide the climactic conclusion that its passionate and loyal fans deserve’ is futile as this undermines the very nature of television itself.  ‘So in the spirit of Fringe, I can only suggest that perhaps, in a parallel universe, the show is still on the air as the Fringe unit continues their weekly pursuit of the answers to all of the questions left unresolved.

Thanks to my facebook friends who engaged in avid discussion of the finale, my husband Simon with whom I continue to discuss and unpack the final season, and to the students on Roehampton’s Cult Film and Television module who took part in a very dynamic discussion of cult television.

Stacey Abbott is a Reader in Film and Television Studies at the University of Roehampton. She is the author of Celluloid Vampires (2007) and Angel: TV Milestone (2009), and co-author, with Lorna Jowett, of TV Horror: Investigating the Dark Side of the Small Screen (2013).  She is also the editor of The Cult TV Book (2010) and General Editor of the Investigating Cult TV series at I.B. Tauris 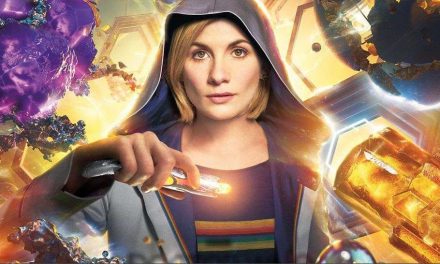