THE BENEFITS OF A CLASSICAL EDUCATION: SUCCESSION, CLASSICS AND QUALITY by Melissa Beattie

Is there any term in TV Studies more scrutinised, debated, loved and hated than ‘quality TV?’  Probably, but that’s beside the point.  One of the many ways in which quality TV acquires cultural capital is by appropriating it from forms that have gone before, which is what I’ll discuss today. That’s right, everyone: to quote Succession’s Tom Wambsgans (Matthew Macfadyen): ‘Buckle up, Fucklehead[s]’ (1.8), because it’s time for some Classical (i.e., Graeco-Roman) history!

For those unfamiliar with the series, Succession (HBO/Sky, 2017-present) is a satirical drama about the ultrarich Roy family, who own the legacy media company Waystar Royco (think Fox News and Disney). The CEO (up through 3.9) is patriarch Logan Roy (Brian Cox) and much drama centres around who will succeed him: Kendall (Jeremy Strong), Shiv (Sarah Snook) and Roman (Kieran Culkin), Logan’s children by his second wife, have been the main contenders, with Shiv’s husband Tom also in the mix.  Their cousin (and Tom’s assistant) Greg Hirsch (Nicholas Braun) is also a possibility, as is Logan’s son Connor (Alan Ruck) by his first wife.  As this convoluted precis makes clear, the series is also a thinly-veiled metaphor for a royal court and critiques neoliberal capitalism, corporate culture and to some extent the idolisation and/or idealisation of the ultrarich by non-elites as the series shows the characters as deeply damaged, complex individuals who often act terribly to others, including those they love.  The series uses a variety of Classical references, mostly to Rome, which I’ll discuss below; here it’s important to recognise the association between the Classics and the elites.  Again, the series is about a pseudo-royal court surnamed ‘Roy,’ or ‘king.’  The association between Classics and elite culture is therefore, I argue, leveraged for (in part) quality purposes.  But the fact that the series is a satire and that the explicitly stated analogies are often questionable simultaneously subverts these connections.

The most obvious references to the Classics in the series are to different phases of Roman history. These include both the first and last of the kings (youngest son Romulus ‘Roman’ Roy) who were expelled by a group of minor nobles.[1] In 3.9, we see the Roy children expelled from their empire through, in large part, the actions of provincial (i.e., St Paul, Minnesota) noble Tom, supported by minor-branch noble Greg. Logan’s scarred back evokes Julius Caesar, whose death was intended to save the Republic but actually started the Empire. Tom explicitly connects himself to Nero, last of the Iulii, as discussed below; Greg’s Stoic grandfather may imply a connection to Commodus, last of the Nerva-Antonines; and Connor’s engagement to an actress/prostitute may analogise to Justinian, often termed the ‘last Roman.’

The Classical references can therefore be read in part as implying that the legacy media empire Logan has ruled (up through 3.9 anyway) is likely to change significantly if not fall completely no matter who takes charge.  Television has supposedly ‘died’ more often than Torchwood’s Captain Jack Harkness, Doctor Who’s Rory Williams and Father Ted’s Father Larry Duff combined.  Given that the Roys have suffered various metaphorical deaths across the series thus far, we can therefore connect the ambiguity of the fate of television – as satirised by an HBO co-production, a company who famously argued ‘It’s not TV: it’s HBO’ to begin its role as legitimator of quality television (McCabe and Akass 2018) – with the fate of Waystar Royco. Thus by analogy the series reinforces the diegetic debates about the fates of legacy and digital media; however, calling this self-reflexive on the part of either the production team or HBO is unable to be proved one way or another..

In addition to this dynastic connection to the Greek tragedies appropriating the cultural capital of these earlier forms, the series’ use of the Classical tropes and occasional direct intertexts can serve two other quality-related functions.  The first of these builds upon Weissmann (2012) who notes the connections between US quality drama and British dramas, particularly their period dramas.  Succession is a US/UK co-production with a largely British writers’ room.  As Keen (2010) points out, the Classics are an integral part of the British educational system and, as such, the culture.  Burstein (1996) notes that this was the case in the American educational system until well into the nineteenth century, which connects age and legitimacy to the idea of being old-fashioned and out of touch.  The debates over who should be CEO in the series often revolve around these issues, particularly with regard to legacy versus digital media. Finally, integral to the majority of these Classical references and tropes (the possible Justinian analogue excepted as of the time of writing) is the character of Tom, played with a word-perfect American accent by English actor (and period drama regular) Matthew Macfadyen.  Thus, not only is the recognisable Britishness of much of the production team being leveraged for intertextual purposes (e.g., the reference to the BBC co-production Ripper Street in 2.8) but in addition it is used as a way of leveraging the cultural capital carried by each person.[2]

The Classical tropes and references also serve to complicate the characterisation, particularly with regard to the relationship between Tom and Greg. It is, however, by reading a book about the Romans that Tom learns about the Emperor Nero and his favourite slave, the eunuch Sporus.  While the connections between eunuchs, power and queerness are outside the scope of this blog (see Roberts 2001 and Roller 1997 for discussion), what is relevant is that the story of Nero and Sporus (Suetonius, Nero, XXVIII ff.) not only allows Tom to articulate how he feels and sees the relationship but also allows the series to include some explicitly queer content to enhance its distinction (cf Parsemain 2019 on HBO’s quality drama Looking). Though there are some similarities– an oft-maligned adoptee into the Imperial line– Tom is likely overreaching.  As Greg is his assistant, Tom’s attraction would certainly lead to a power-imbalanced relationship if reciprocated and consummated – Greg would need to be out from under Tom occupationally in order to be under him recreationally – but Tom is not in charge of the (corporate) empire, and Greg, as a bloodline relation to the royal family, has far more power and autonomy than a slave.  The connections between Classics – again, primarily Greeks – and homosexuality are well-known; same-gender relationships feature prominently in Greek history (e.g., Alexander the Great and Hephaistion) and The Iliad, in which the oft-maligned and angry Akhilleus (Achilles) is in a romantic and sexual relationship with his subordinate, Patroklos (Patroclus).  The oft-maligned and somewhat volatile Tom therefore can analogise to Akhilleus and Greg to Patroklos. The film Troy, featuring Brian Cox as Agamemnon (Akhilleus’ main derider), espoused the alternate reading that Akhilleus and Patroklos were ‘cousins’ rather than lovers, but Greg is, of course, Tom’s cousin by marriage.

The Romans, however, had a more negative viewpoint on same-gender relationships as evidenced by the very negative portrayal of Nero’s relationship.  Suetonius was a hostile source, writing as part of Vespasian’s propaganda, and portraying a man as ‘effeminate’ was considered an insult, very similarly to how contemporary homophobia is often framed.  How (or if) Tom and Greg’s relationship will progress is unclear as of the time of writing; that said, the fact of Tom’s attraction, requited or not, can allow the series to critique homophobia and toxic masculinity much as it has done with other aspects of its representation of corporate culture through the use of these analogies.

So, what have we learnt from this very brief foray into Classical education?  Primarily that it functions as one of many quality markers used by the series to leverage and acquire cultural capital.  It also connects to ideas of forensic fandom (because the analogies can be read as foreshadowing and/or misleads) which serves to retain audience engagement.  It allows the series to play with ideas of class, capitalism and corporate culture, simultaneously reinforcing and subverting them. Finally, it illustrates the omnipresence of Classics in Western culture as a way of conveying specific meanings, allusions, contexts and reflexivities, for better or worse, as well as the ways in which it can be used to articulate, critique and otherwise analyse contemporary (sub)cultures. Because of all that, I’d argue that Rome is still imperium sine fine.[3]

Dr Melissa Beattie is a recovering Classicist who was awarded a PhD in Theatre, Film and TV Studies from Aberystwyth University where she studied Torchwood and national identity through fan/audience research as well as textual analysis. She has published and presented several papers relating to transnational television, audience research and/or national identity. She is currently an Assistant Professor of Communication (Ambassador’s Distinguished Scholars Programme) at Bahir Dar University in Ethiopia and has worked at universities in the US, Korea, Pakistan and Armenia.  Her ORCID is 0000-0003-1466-8338, and she can be contacted at tritogeneia@aol.com.

[1]     Romulus was the mythical founder of the city of Rome, its first king and murderer of his own twin, Remus (Livy, Ab Urbe Condita, I.vi.2). Given the narrative parallels between Greg and Roman’s career paths, one can perhaps read it thus.  Alternatively, the name ‘Thomas’ means ‘twin,’ suggesting yet another reading. The Roman kings were ultimately expelled by a group of minor nobles– including an ostensible ancestor of Brutus, Julius Caesar’s friend and one of his murderers– after a series of outrages culminating in the rape and subsequent suicide of Lucretia, the minor noble (and later consul) Collatinus’ wife (Livy, Ab Urbe Condita, I.xviii-lx).

[2]     One can argue for Brian Cox’s Scottishness also contributing to this cultural capital, though the interactions between Britishness and Scottishness in both period and contemporary drama is complicated.  See for ex Blandford 2005, Williams 2013, inter multa alia.

Keen, A. 2010. ‘It’s about tempus: Greece and Rome in “Classic” Doctor Who.’ In Space and Time: Essays on Visions of History in Science Fiction and Fantasy Television, edited by David C. Wright Jr and Allan W. Austin. Jefferson, NC: McFarland. 100-115. 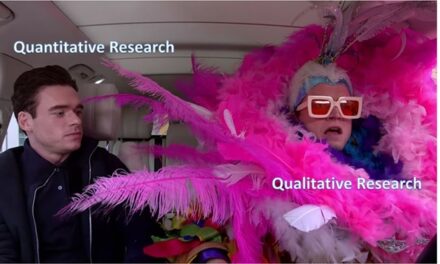