Sky TV has been sold to the US giant Comcast, a virtual unknown in the UK market. The Murdoch family has lost out… in power terms, not, of course, in money terms. Rupert Murdoch’s last audacious business move blew up in his face.

Here’s the story. He had divorced the New International newspaper business from the Fox media empire after the phone hacking scandals that emerged in 2011. Film and TV were where the real money lay, and increasingly in the Trump era, where political influence lay too. TV has been predominantly nationally based, and Fox/Sky, with major US, UK, German and Italian and other presences was a powerful player. But along came the disruptive new global players, Netflix, Amazon and the rest, creating globally based subscription empires. Suddenly all the nationally-based players and the old-fashioned broadcasters were scrambling for new alliances. Fox/Sky was suddenly too small: Murdoch, the one-time disruptor, now found himself disrupted.

Murdoch mounted two simultaneous moves. First was consolidation: to buy out the 66% share of Sky that he did not own. Not so many people realized that the Murdoch family were minority investors in Sky because they ran it like a family business. One of TV’s richer ironies is that the excellent HBO series Succession, so clearly based on the Murdoch family, runs on Sky in the UK. So the Murdoch family’s US company Fox made a handsome offer of for the shares that they didn’t already own, valuing the company at £19 billion. The move had been foreshadowed for some time, and cuts had already been initiated in Sky’s Osterley bunker in anticipation. So the regulators were alerted and had formulated a strategy that largely consisted of requiring editorial independence for Sky News and a dowry to support it for several years. Murdoch didn’t care: he’s had the same requirement when he took over the Times and had managed to get round that in a matter of months.

Total ownership of Sky was one part of the strategy. The other was to sell/merge Fox itself with a larger entity. In the end it was Disney: entertainers who had little to do with news, which the Murdochs thought they could hang onto, perhaps. Disney is limbering up to challenge Netflix at its own game, one of the few players that could on a global level. Disney has recently withdrawn all its content from Netflix to further this strategy. Linking up with Fox would provide a slew of popular movies including Fox Searchlight production, and also Sky’s TV material as an extra draw.

Other bidders emerged, offering more per share for Sky than Fox was offering. In April, a company called Comcast made an offer that valued the company at £22 billion (against Fox’s £19 billion valuation). An old fashioned budding battle ensued over the weekend of 22-3 September. The British regulators (the financial regulator’s Takeover Panel rather than Ofcom this time) insisted on a final weekend bidding process which uncannily resembled what estate agents do when there are a lot of similar offers: a process that culminated in best and last offers. Quite simply, Comcast offered more than the Fox/Disney team were willing to, valuing the company at £30 billion. That was the drama. The announcement that the Murdochs had sold their shares came a few days later, and barely rated a mention.

So that’s series two of Succession mapped out, and I am sure that exec producers Jane Tranter (formerly BBC drama head) and Lucy Prebble (writer of Enron) are eager to make the most of it. Meanwhile, British readers are probably asking ‘What the hell is Comcast and what does this mean for Sky?”

Well, it is probably good news. Comcast are huge in USA, but only in USA. Based in Philadelphia, they are one of the largest companies in cable TV, which is where the company originated. It’s a pipes company that moved into content. It owns MSNBC and Universal Studios, so is pretty good on content too, but again only in the US. Politically, they were early supporters of Barack Obama. That’s a pleasant change for those who believe that UK news is far too controlled by the right.

There is one downside to their reputation in the States: customer service. It’s bad and more than bad. Clunky interfaces, patchy service and slow repairs are common complaints from Comcast subscribers. In the States, it has roughly the same brand value as BT Openreach.

It’s clear, then, why Comcast was willing to pay so much for Sky. They go international in one leap. MSNBC and Universal are in a position to try to mount a challenge to Netflix’s bid for world domination. And they get something else they desperately need: all the work that Sky has put into its technical platforms. Sky offers things to its subscribers that Comcast users can barely dream about. And it has an increasingly successful cheap mass option in the Now TV platform as well, which in the UK is priced about the same as Netflix. According to BARB, Netflix has almost 11.61 million UK subscribers and Now TV has 1.57, but recent figures indicate that Now TV’s growth is faster… and it is entirely in the 50% of UK households that have so far resisted Sky.

That’s what Comcast get: international reach and state of the art, road-tested technologies. My blog when Comcast made their original bid showed how important this was for them (but it wrongly predicted that Netflix would do the TV drama series… HBO got there first). As for Sky, it’s the end of the recent era of Fox cutters stopping interesting commissioning. It will be considerable independence for local management, making Jeremy Darroch one of the most powerful people in TV. And it is a continued quality Sky News service, which is welcome since it has been rather better than the BBC in interrogating the British so-called government about its Brexit policies and much else besides.

It’s the end of an era in British TV. I can’t help wishing that the late Steve Hewlett were still here to comment on it. Meanwhile, in TV studies classes around the country, powerpoints are being rewritten to remove the word ‘Murdoch’. Now, unfortunately, we have to substitute a more complex problem: the FAANGs (Facebook, Apple, Amazon, Netflix, Google… all doing tele without the bothersome broadcast bit, and the regulation, public service and localism that goes with it). 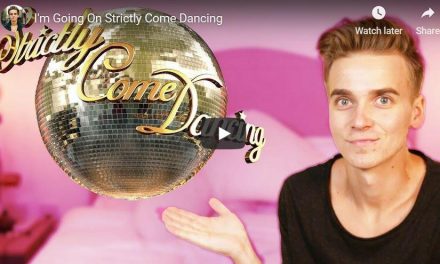