Last week (Friday 8th November, to be exact) marked the 25 year anniversary of the UK broadcast of Scott and Charlene’s wedding in Australian soap opera, Neighbours, watched by almost 20 million viewers at the time. As a long-term Neighbours fan, this offers a useful opportunity to reflect upon my own approach to researching and teaching serial narrative forms and to address some of the issues that have been troubling me lately, particularly around emotional engagement.

Contemporary television scholarship frequently emphasises the ability of (certain) serial forms to achieve greater characterisation and narrative complexity. And, yet, there is often a tendency for this scholarship to focus on characters, moments and/or episodes in isolation, which can mean that a sense of certain television programmes as series becomes obscured. This is not necessarily surprising, given how challenging it can be to write about a programme that encompasses multiple episodes and seasons. As Jason Jacobs points out in his analysis of hospital drama series ER, ‘There is no question that a deeper and fuller understanding of ER can be achieved by watching all of it, every episode, a fact that raises considerable practical problems for the interested scholar if the serial is lengthy’ (2001: 434).

Indeed, my own research on the relationship between representations of sexual violence and narrative and series’ structures in the teen drama series has involved watching over 1000 episodes across 14 different series. In order to get to grips with this wealth of material, I turned to structuralism and to the 1980s work of television scholars on narrative theory. For each of the programmes I watched, I created horizontal time-lines on rolls of old wallpaper, mapping where sexual violence storylines occurred across narrative, series and generic structures. The patterns uncovered by this approach then acted as a starting point for a deeper analysis of how sexual violence functions narratively and ideologically across the genre. The advantages of this kind of approach is that it allowed me to account for patterns across programmes, without erasing important differences that also arose. However, at the same time, structuralism can be a rather clinical approach and the repeated viewing that this work involved often ended up overshadowing my initial emotional response to the programmes I examined. Indeed, over the course of this research, I was often asked if I liked the programmes I was looking at, a question that surprised me as I am a fan of many teen series. Structuralism has also been criticised for over-emphasising the authority of the text over the agency of the viewer.

Recently, I have been reflecting on where emotional engagement comes into all this and Neighbours offers a particularly useful example to explore this further for two main reasons. Firstly, contemporary critical debates about the capacity of serial narrative forms to offer deeper levels of character and narrative complexity typically focus on a fairly narrow range of US ‘quality’ texts and, moreover, as Lisa W. Kelly notes in her recent and insightful blog on Television’s Difficult Women, on male-dominated dramas. Kelly goes on to cite Christine Geraghty, who states in The Guardian that ‘People witter on about The Wire and Mad Men . . . It drives me mad. British soaps were doing those complicated multi-layered narratives long before HBO was invented’. This latter comment resonates with a recent teaching experience in which I asked my students what they value about their favourite television programmes. Almost all stated that they value narrative complexity and long-form character development choosing examples such as Game of Thrones and Breaking Bad to illustrate, but in the same breath, they then went on to deride the soap opera more generally as an example of programming they didn’t value. In light of this, a discussion of serial narrative forms in relation to an Australian soap seems appropriate. Secondly, Neighbours is well-suited to considering emotional engagement, not only because it is the programme I am most passionate about, but also because it was the soap opera genre more widely that was used by feminist television scholars in the 1980s to challenge the dominant critical view that emotional involvement and critical distance are mutually exclusive.

Neighbours is the only programme I can think of that I have watched for pretty much as long as I can remember. Although I now replicate some of my very earliest viewing habits with my one year-old son (watching Postman Pat, for example), this is very much a new and temporary thing. In contrast, Neighbours has been a solid fixture in my life for over two and a half decades. It remains the only programme that I actively and regularly try to watch as part of the broadcast schedule, rather than on demand at a time of my own choosing, illustrating the way that the soap opera form attempts to fit into daily domestic routines.

Notably, Scott and Charlene’s wedding, in keeping with soap weddings more generally, is atypical of the average Neighbours episode. Its distinction from the ‘everydayness’ of the soap world is reflected by the fact that while it can be hard to track down a ‘normal’ soap episode, this wedding is easy to find on Youtube and on DVD compilations of special moments in the show.

The wedding also occupies a prime spot in the Neighbours display at the Australian Centre for The Moving Image in Melbourne, where the soap is set, further emphasising the special place it holds in the soap’s history:

Perhaps the most memorable and emotive aspect of this wedding is the use of non-diegetic music, namely Angry Anderson’s ‘Suddenly’, a song that reached Number 3 in the UK Singles Charts following the episode’s transmission (just behind Cliff Richard’s ‘Mistletoe and Wine’ and Kylie and Jason’s own ‘Especially For You’). While Neighbours features non-diegetic music more often than British soaps of the social realist tradition, it rarely allows songs to play to such length, again marking this scene as special. Here, the music drowns out the minister’s words, the lyrics instead underlining the narrative logic of the scene. No matter how often I watch this, it still gives me goose-bumps, from the initial anticipation as Charlene enters the church on Henry’s arm in relative silence, to the opening bars of ‘Suddenly’ kicking in just after the camera pulls in on a close up of her veiled face as she smiles coyly at her husband-to-be, to the way the camera pans round the congregation, picking up on subtle reminders of other characters’ relationship issues. (Incidentally, I chose to walk down the aisle to this version of ‘Suddenly’ when I got married a few years ago. Speaking to the collective and nationally-specific nature of televisual memories, of the 100+ guests, I hardly had to explain to anyone what the significance of this song was.)

A different non-diegetic version of ‘Suddenly’ was revisited in 2010 when teenage lovers, Donna and Ringo got married (this time performed by Sam Clark, the actor who played Ringo, himself).

This made me think of Kristyn Gorton’s work on theorising emotion in television and film and, specifically, her discussion of Greg M. Smith’s notion of emotional markers, defined as ‘configurations of highly visible textual cues for the primary purpose of eliciting brief moments of emotion’ (1999: 118). Admittedly, here, the use of this song undermined rather than intensified my emotional engagement with this scene. It somehow felt inappropriate to apply the same song to a different couple, who, while likeable, did not, for me, have the same romantic history as Scott and Charlene. Nevertheless, the musical repetition brings to mind Amy Holdsworth’s argument of the television viewing experience as one of ‘accumulation, where viewing experiences and references are built up over time’ (2011: 34).

The repetition of ‘Suddenly’ speaks to one of the central pleasures of the serial narrative form. While new viewers wouldn’t need to know of the song’s previous use to understand the scene, knowledge of this history potentially (although not necessarily) enhances the emotionality of the moment. It is not insignificant that, although the characters left the show in the late 80s, Scott and Charlene remain married in Neighbours’ diegetic world. This relationship history lends added weight to Donna and Ringo’s romance. (Although, it is important to note that the soap wedding functions as a moment of only temporary resolution, offering ‘points at which a new harmony is very temporarily reached’ (Geraghty, 1981: 15). New obstacles are soon thrown up and, in this case, Ringo dies shortly afterwards after being hit by a motorbike.)

This wedding functions as a reflective and self-reflexive space within the series, referencing back on the show’s own long perspective and rewarding committed levels of audience investment in characters and relationships, in this case spanning over two decades. As Gorton points out, long-running serials will offer several moments along the way to heighten the viewer’s affective response and emotions, but only a dedicated viewer will experience the full emotional impact of such scenes. I want to end by thinking about what these differing levels of viewer knowledge mean for teaching televisual serial forms to students. Not only can it be challenging to teach seriality with often only an hour or two allocated to a screening, but it is also often difficult to manage the different degrees of viewing histories within the class room, with some students being intimately familiar with certain shows and others being completely new to them. Although I have found useful ways to encourage students to think about formal patterns within serial texts, what is often more difficult to adequately convey is the emotional significance of such moments. Not that I expect students to have the same emotional response as me – television texts invite us to feel a certain way, rather than make us feel – but it strikes me that emotional engagement is key to understanding the power of serial narrative forms. I don’t have the answer to this yet, but if anyone has had positive experiences of teaching serial narrative forms, then do please let me know!

Susan Berridge is a Teaching Fellow and Research Assistant at Stirling University, and also teaches Television Analysis at the University of Glasgow. Her doctoral research focused on the relationship between representations of teenage sexual violence and narrative, series and generic structures in US and British teen drama series. The key findings of this work have been published in journals including Feminist Media Studies, The Journal of British Cinema and Television, and New Review of Film and Television Studies. She is also the co-editor of the Commentary and Criticism section of Feminist Media Studies.

WHEN SOMETHING GOES WRONG… by John Ellis 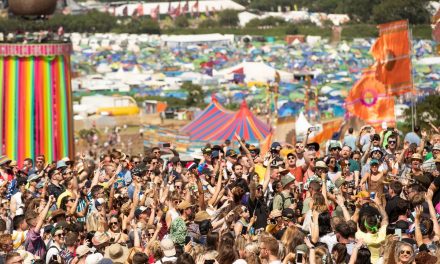 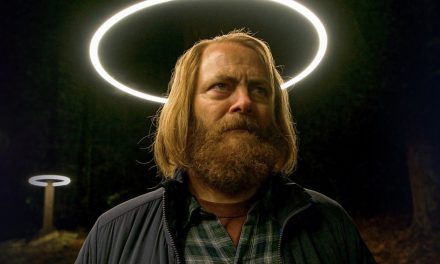 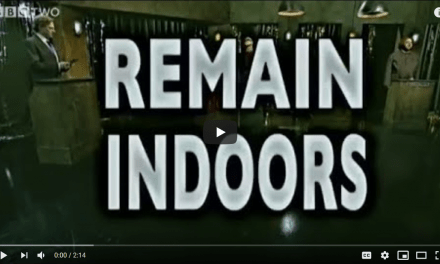