With the 2014 centenary of the First World War already being trailed, the BBC’s move to a steampunk view of history is fascinating. Between them, Peaky Blinders, set in Birmingham 1920, and Ripper Street, set in the immediate aftermath of the Jack the Ripper murders of 1888, have the First World War neatly surrounded. Peaky Blinders (BBC2, 6 parts from 12 September 2013) is grounded in the trauma of WW1 and what it visited upon the industrial working class. Ripper Street (BBC1 series 2 currently running) deals with the attempt to create order and justice in the seething world of the late Victorian East End. Both have serious historical intent, the kind of thing that once was processed through the exemplary realism of Days of Hope or The Monocled Mutineer.

Neither series, however, employs this aesthetic. Instead, they are closer to steampunk, an aesthetic developed in science fiction which seems to have leaked into mainstream drama through some kind of wormhole concealed in Steven Moffat’s relaunch of Doctor Who. Steampunk imagines a different technological history, where analogue and digital coexist, and Victorian Britain’s practices of ornate décor and heavy industry have continued unabated. Science fiction works have played with this interesting paradox in imagined alternative futures. In these two series, however, the aesthetic of steampunk is employed to body forth an actual past. The results are powerful and seductive.

Peaky Blinders shows a Birmingham dominated by outsized industrial cranes and impossible factories, where every street has its blast furnace roaring out at random moments, and muscular men are bashing metal round every corner. The streets are paved with glistening mud; coal is piled here and there; interiors are dimly lit with gas; top hats and abject poverty abound.

It is an entirely pre-electric world, perhaps a surprise for 1920 in a progressive city where electricity arrived in 1882.  This twilight world is dominated by the threat of anarchy, whether from the IRA, the Communists, the gangs… or the police. In this twilight hell, men act with menace and outbreaks of graphic physical violence: the title refers to a gang’s habit of wearing flat caps with razorblades in the peaks, and what they use them for.

Over in Whitechapel in 1890, things are, superficially, rather more modern. Ripper Street has less mud but just as much blood and violence. Technological innovation exists in this world, but it is used for corrupt and retrograde purposes. The very first episode (BBC1 30/12/12) showed the invention of cinema, accurately enough given the work of Birt Acres a couple of years later, but it is used for the purposes of making ‘snuff movies’: pornography involving murder. Progress goes backwards in this world, reinforcing the worst in humanity. However, Matthew McFadyen’s character Edmund Reed is given to voicing surprisingly modern views, excusing the behaviour of Limehouse’s Chinese community on the twin grounds that their country has been ruined by the West, and that these Chinese as individuals have been abandoned in a strange city by British shipping companies who needed their labour only on the homeward run from the Far East. Despite this overt message, the depiction of the Chinese community differs little from D.W.Griffiths’ Broken Blossoms of 1919, apart, that is, from the occasional deployment of martial arts skills.

Steampunk gains its power from its reassertion of the physicality of life against the virtual and the digital. It imagines worlds where advanced technologies can be created through the physical and mechanical rather than the electronic, where ‘solid state memory’ would refer to a reinforced filing cabinet rather than a seemingly magical digital storage system. It is ideally suited to the visual media, concerned with objects rather than the virtual. Yet it also stresses the frailty of the physical, and particularly of the human body. Physical machines kill and maim, the steely mass of technology that men have created will crush them and move on relentlessly: that is the one certain knowledge in the very masculine world of these two series.

This aesthetic also functions as a rememorialisation. If the purpose of representations of the past is to measure our distance from that past, then they both demonstrate very clearly what we think we have moved away from. They offer a negative romanticisation of the industrial heritage, emphasising the ‘heavy’ of heavy industry, the weight and the danger of the physical world. In our virtual world, we are safer… or at least we face different, more insidious and more intangible threats. Compare the two versions of Sherlock Holmes that have recently emerged: Guy Ritchie’s 2009 film with Robert Downey Jnr is pure steampunk; the BBC’s 2010 series with Benedict Cumberbatch is updated to the digital world. Cumberbatch faces just as many threats as Downey, but far less grease and mud and dim lighting.

Judging from these works, which imagine Britain of a century ago as a hyper-physical steampunk world, our age is an intellectual age, good and bad. Between dystopic pasts Ripper Street and Peaky Blinders lies the First World War. Is this, then, how we will re-remember the First World War when its centenary is upon us: as the product of a vicious world which we have left behind? We still have wars; machines still maim and kill. Something crucial was lost when steampunk escaped from the imagination of alternatives and invaded the remembering of things past: the aspects of connection and even continuity with that past.

John Ellis is the author of Documentary: Witness and Self-revelation (Routledge 2011), TV FAQ (IB Tauris 2007), Seeing Things (IB Tauris 2000) and Visible Fictions (1984). Between 1982 and 1999 he was an independent producer of TV documentaries through Large Door Productions, working for Channel 4 and BBC. He is chair of the British Universities Film & Video Council  He won a European Research Council award for the ADAPT project to chart the history of technological innovation in television, and leads the Royal Holloway team working on EUscreen.  His publications can be found HERE. 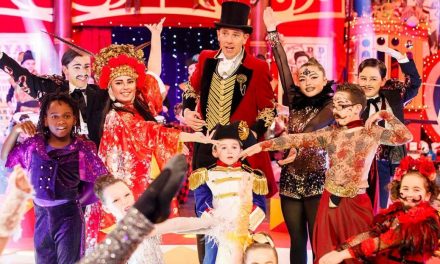 BETWEEN PROGRAMME POLICY AND PRACTICE: GENDER, DIVERSITY AND THE CASE OF RTÉ’S CHILDREN’S CHRISTMAS SHOW, THE LATE LATE TOY SHOW by Sarah Arnold