I woke up this morning to multiple messages from friends saying how sorry they were that David Cassidy had died in the early hours of this morning.

Anyone who knows me well knows that David Cassidy was my first love. We have history, David and I.  I stood in the rain and greeted him at Heathrow Airport. I was there at all the concerts.  I was one of the hundreds of fans that were crushed at a concert at White City in 1974.  Luckily I wasn’t hospitalised and even more luckily I did not die, unlike poor Bernadette Whelan who died of cardiac arrest some four days later.  It was on that tour that I stood in the pouring rain on the banks of the Thames waiting for a glimpse of my idol, screaming like a loon whenever he popped his head out of the cabin of his boat.[1]The Dorchester Hotel had banned him after the last debacle where fans had laid seige to the moneyed guests.

I was also there on Wednesday 11th April 2007 in the Brighton Arena at the ‘Once in A Lifetime Rewind Tour’ with my two fellow Cassidy addicts (Wodge and Gatesy – you know who you are). As hot flushes travelled round the Brighton arena like a Mexican Wave, we were transported back to those heady days of youth; but this time with wrinkles and middle-aged padding where puppy fat and pimples had once been.

As Lorna Jowett says in her blog this week:

academic analysis and publication is not supposed to ‘feel’ anything, it is traditionally supposed to present objective examination and evaluation. I say ‘supposed to’ because I have never believed in academic objectivity and I am acutely aware of how my various identities, personal and professional, inflect my ‘feminist’ perspective and my academic work. To me, critical examination and personal investment need not be mutually exclusive.

Lorna, I couldn’t agree more.  Particularly growing up in the sixties and seventies, with sexual harassment and assault around every corner (#MeToo) and with no respite from the attentions of predatory men; it is true to say that, with hindsight, my infatuation with David Cassidy formed me as a feminist and a TV Scholar.

From September 1971 (a year after it was first broadcast in the US) my Saturday mornings were dominated by The Partridge Family TV show.  It may explain why I can’t remember ever ‘becoming’ a feminist.  It was only 12 weeks into the run, and at the tender age of 13, that the fictional Partridge Family performed ‘I Think I Love You’ at a feminist rally.

Of course, Shirley Jones was a single parent with this group of talented children and, of course, she had shown us that the traditional grouping of the nuclear family need not be the only and dominant model.  But, as a budding adolescent and nascent teen, I was not aware of heteronormativity, or dominant ideologies or how TV laboured to produce a model of family to serve a political purpose (see Stephanie Coontz, The Way We Never Were: American Families and the Nostalgia Trap. New York: Basic Books, 1992).

Watching ‘My Son, The Feminist’ (1:12) was surely the turning point for me.  The die was cast.  David Cassidy’s androgyny and central place within a fatherless family gave me solace and allowed my sexual fantasies their safe expression; it is only now, with hindsight, and with the ‘breaking news’ of sexual assault and harassment being publicly acknowledged, that I can look back at my formative years and know that David Cassidy and The Partridge Family gave me (and countless others) a safe haven every Saturday morning in an otherwise unsafe sexual world.

The film Spotlight (Tom McCarthy, 2015) revealed how the Catholic Church has historically been implicated in the institutional sexual abuse against children (both girls and boys) and highlighted the dreadful legacy of how their power has been used to silence victims.  Recently, the news of Jimmy Saville and Harvey Weinstein’s predatory behaviour has led to a string of accusations from women that have suffered sexual assaults over the years.  The furore surrounding the sexual shenanigans of members of the House of Commons has brought forward many confessions from women that have suffered over the years.  And with these confessions, other accusations from people who can’t believe that otherwise strong women have allowed this to happen.  And yet, for women (and men) that have grown up with the threat of sexual abuse as an earliest memory it makes perfect sense.  If nobody listens to children, why would they listen to adults?  And even if we come forward, we are never surprised that we are not believed.

Jo Brand’s now famous silencing of the men on Have I Got News For You is a prime example of how sexual harassment and assault is routinely dismissed by men holding privileged positions.

And begs the question: When will this cycle of abuse end?

To go back to the death of David Cassidy and how it has made me, as a TV scholar and feminist, think about those formative years.  At the age of 15 I got my first Saturday job.  In those days we were only allowed to work for 4 hours a week.  I remember the offer of £1.67 a week from the now defunct Woolworths. Along with the freedom to buy my own albums and jeans (and concert tickets) came the crushing knowledge that, without the means to record (of course, these were pre-video days) The Partridge Family, I would miss the show.  What a dilemma.  What a sacrifice.  The lure of independence was enough to get me out of the door every Saturday, though, and it was shortly after that the series finished its run.  And even though I was a working girl I still had photos of David all over my walls and I still bought and played all of his albums.

It should be no surprise then that some years later I have managed to turn my working week into a study of television from a feminist point of view and watching those early Partridge Family shows effortlessly whisks me back to my place in front of the TV on a Saturday morning.

So for now, adieu David, I’m digging out my albums and ordering The Partridge Family on DVD.  Thank you for showing me that not all men are rapists, for uniting my love of television and feminism and giving me a safe haven when it was most needed.  I hope you can now rest in peace.

Kim Akass is still a teenybopper – albeit a much older one.  She is also Leader of the Media Research Group in the School of Creative Arts at the University of Hertfordshire and Senior Lecturer in Film and Television Studies.  She is co-founding editor of Critical Studies in Television: The International Journal of Television Studies, managing editor of CSTonline and has published widely with Janet McCabe on feminism and US Television. 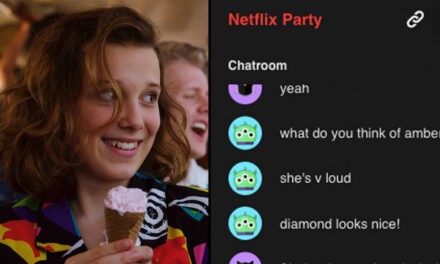 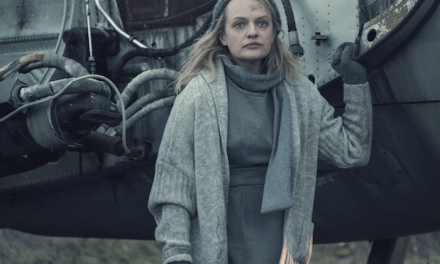 THE HANDMAID’S TALE AND THE CAMPAIGN FOR THE FEMININE WOMAN: (TV’S) ALTERNATIVE HISTORIES by Anita Biressi