Forgive me if I am wrong, but I had thought that Higher Education was for adults, albeit young ones.

On the pages of CSTonline we have, from time to time, talked about the problem of teaching TV Studies at University. Elke Weissmann has talked about the subject here and here, Lorna Jowett recently gave some excellent tips on how to teach TV, but it is Cathy Johnson’s post from 3 years ago that came to mind this week as I tried to teach a group of students the last of their very brief (3 sessions) introduction to US TV. 1)I know, how on earth it is possible to teach US television history in 3 weeks is a moot point.

In Cathy’s blog she refers to a Facebook post likening her experience to ‘dealing with school children’, her experience based on half of her second years ‘turning up to seminars without having done the screening or having been to the lecture.’ Ruminating on the place of screenings in teaching Cathy usefully points out that students rarely watch screenings if they are not forced to do so in a group setting within a lecture series. This is certainly my experience as, over the course of the past few years, I have offered ‘recommended screenings’ and screening sessions outside of lecture time, hoping that film and TV production students would be passionate enough about either medium to actually watch the films or TV series in their own time. After 5 years of frustration, particularly in a climate where very few actually watch scheduled TV or even go to the cinema anymore (unless to watch Suicide Squad) I took the bull by the horns and introduced screenings into the lecture series. What follows is my experience over the past academic year:

Problem Number One : Being programmed in a lecture theatre with atrocious screening facilities and being told that it was impossible to fix them or move the class. 2)Hardly conducive to engaging a large group of students and leading to much student disgruntlement over where their £9,000 fees are actually being spent.

Problem Number Two : Students leaving before screenings as they did not want to watch the scheduled film or TV programme.

Problem Number Three : Being programmed at 9am on a Monday morning. Who wants to watch A Clockwork Orange or The Texas Chainsaw Massacre just after breakfast (apart from me and a handful of diehards, of course).

Taking everything into consideration, it has been a largely positive experience. The majority of students attended screenings and many told me that they would never have watched some films on the course but, whether they liked the screenings or not, totally engaged with them and their place in film history. Result.

However, and the cause of my blog today, this week saw the end of my 3 week gallop through US TV. This time last year I had the uncomfortable experience of being in a room full of students with very few TV shows in common and a seminar session with little to discuss. This year I thought I could usefully screen two ½ hour episodes that straddled the beginning of HBO up to the present day. All was going well; during the lecture they had responded to extracts from Oz positively (this is Thursday afternoon and well after breakfast) and seemed to be interested in the topic. 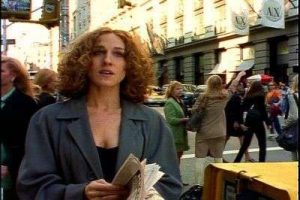 Of course, I blame myself, I should have known that a double helping of Sex and the City and Girls would not go down well with a cohort of 18 year olds. In my defence, I had thought it would get them thinking about Robert J. Thompson’s list of ‘how to tell a quality TV series’ as neither sit comfortably within his specification of hour-long episodes and, with Girls obviously owing a debt to Sex and the City, I thought the examples would make for an interesting discussion and force us to question the validity of Thompson’s criteria. The aesthetics of quality TV have certainly moved on and, as production students, I thought they would find this interesting in and of itself. There is also the question of how TV looks back at itself in order to move forward. Another box ticked. With both series well placed outside of the increasingly male canon of authorship and the anti-hero I thought that, in this seminar, we would be cooking.

How wrong could I be?

Not only, going back to Cathy’s blog, did I find myself in a room of schoolchildren that would NOT STOP TALKING during the screenings 3)despite my laser glares and schoolmarmish barking at them, every time I turned back to the screen, they started again. but the attitudes that emerged during the seminar discussion actually took my breath away. One student told me that he ‘only watched good television’. Another said that both series were ‘feminist’ as the women were having sex. Another, when asked what he meant by feminism, said that the shows were empowering to women as (you guessed it) the women were having sex. 4)I was so shocked that I couldn’t even bring myself to talk about Hannah’s uncomfortable relationship with Adam and the unequal nature of their sex as just the opposite of empowering. To hear the anti-feminist attitudes from many of the male students, particularly on the day after International Women’s Day, actually rendered me speechless. Let me be clear, this particular group of students is no different from many I have taught over the years. Their lack of engagement with feminist issues maybe shocking to me but, sadly, is one that many share and is not restricted to this young cohort.

Similarly, their lack of concentration and inability to focus for more than 10 minutes without looking at phones or laptops, or chatting to friends, is not restricted to students. The rise of social media has impacted on all generations as evidenced by colleagues constantly checking emails in meetings, tapping away at laptops during conference presentations, tweeting and updating their Facebook status during workshops and generally exhibiting the same kind of behaviour that we witness from students. Screening misbehaviour is not restricted to Higher Education either. How often have I sat in cinemas with adults munching popcorn, slurping their drinks, repeatedly leaving their seats for toilet breaks, chatting to their neighbours and consulting their phones?

The seminar did eventually settle down and the students that had caused so many problems in the early part of the session did engage with the subject and made many meaningful and intelligent observations (although not about the two screenings) so all was not lost. And while I know that it is my job to engage students’ interest, fire their passion and to make them want to learn about visual culture and, as such, should not take their lack of engagement personally (and I don’t). But I do wish that they didn’t make me feel quite so much like my parents when I think about ‘young people of today’.

Will I include screenings in my course next year? Hell yes. Will I screen Sex and the City and Girls? I think not. I know I should be teaching this younger generation about feminism and the need for equality between genders (and I will) but not with series that mean so much to me. I think it will be much better for all concerned.

Kim Akass is a Senior Lecturer in Film and Television at the University of Hertfordshire.  She is a co-founding editor of Critical Studies in Television, the managing editor of CSTonline and co-editor (with Janet McCabe) of the Reading Contemporary TV Series for I.B. Tauris.  She has published widely on US TV series with McCabe and is currently working on the representations of motherhood on US TV. 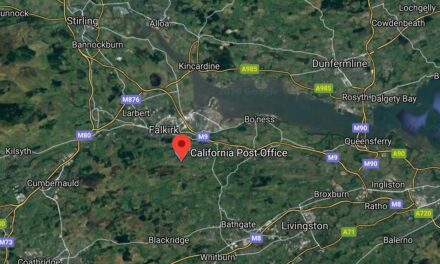 The Butterfly Effect: The Chaos of Television by Douglas L Howard