Fear is a key factor in today’s media landscape. A dynamics of fear frequently frames the news about the environment or immigration, it dominates discourses of security and surveillance, and it permeates people’s lived experiences in precarious times. This symposium seeks to address the range of forms and practices within which fear is mediated in its many varieties, researching across political and public spheres, policy and industry sectors, audio-visual content, digital and social media, and audiences and popular culture.

The politics of fear, both past, present and future, cast a shadow on the media and its power to shape and influence publics and audiences. Media often trade in fear at different levels of intensity, working within the political economy of emotions and anxieties about ourselves and others, or about individual lives and public institutions. The social construction of fear and insecurity in media representations, policies and regulations, and in popular culture, can highlight conflict and violence, and discourses of identity and othering. We see this in the imagination of fear in popular storytelling such as crime, fantasy or horror genres. We see this in the rise of populism within Europe or America, where the subject positions of ‘us and them’ can lead to xenophobia and political extremes. And we see this in the increased use of surveillance in crime and policing, intelligence gathering, or within commercial data gathering and geo location tracking, highlighting the pervasive presence of surveillance and the difficult questions that need to be asked regarding regulation and privacy.

We invite contributions to this symposium on media and fear that address the following areas of enquiry: histories of media and fear; a politics of fear; political activism, surveillance and fear; representations of fear in fiction and factuality; audiences, publics and fear. The research questions include: 1. What are the various relations between media and fear? 2. How can we critically examine the politics of fear in news, radio and television, film, digital and social media? 3. How and for what reasons do audiences engage, both positively and negatively, with narratives of fear in politics, society and culture?

These research questions can be applied to a range of theories, ideas and problems concerning political culture, citizenship and democracy, television, film, radio and print media, digital and social media, popular culture, as well as other topics. Different approaches to research on media and fear can include media, communication and cultural studies, media history, film studies, sociology, political communication, memory studies, cultural geography, amongst others. The aim is to provide a platform for international scholars from various disciplines to dialogue on the politics of fear as it relates to knowledge, people and power.

For further information please consult our website http://www.kom.lu.se/maf2017. There is a registration fee of 750 SEK (80 Euros) that covers food and drink for the day and an evening buffet. 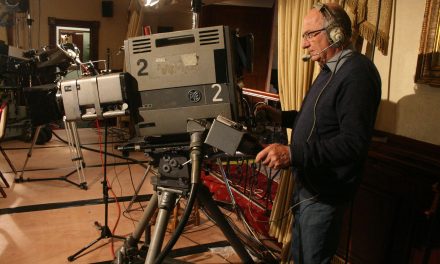