When comedian Jimmy Fallon ruffled Donald Trump’s hair during an interview on The Tonight Show in the final weeks of the American election campaign, the internet exploded. The issue was Fallon’s use of his platform – what The Guardian US called “one powerful white man protecting another”. Commentators also talked about how Trump used the Fallon show as a platform to reach a large audience and spout his agenda without challenge, and they were disappointed with Fallon’s soft touch. “Can you imagine if Jimmy Fallon took a stand tonight?”, wrote The Hollywood Reporter under the headline “Twitter Users Criticize Jimmy Fallon for Not Being Tougher on Donald Trump.”

As Trump arrived for the Fallon interview house band The Roots played a smooth-sounding introduction. Most guests (and viewers) probably don’t even notice, but fans wait eagerly knowing that The Roots often use their brief sonic appearance to make a (usually light hearted) statement. As Trump emerged The Roots sang in high falsetto “Then you, you built a wall/ A 20-foot wall / So I couldn’t see”, lyrics from the song “20 Feet Tall” by songwriter and activist Erykah Badu. Sure, it’s extremely subtle, but it was there. Sonic descent. As Consequence of Sound put it, “The Roots trolled Donald Trump as he took the stage on Jimmy Fallon.”

In contrast to subtle sonic body blows, other late night comedians firmly and spectacularly let their views of Trump be known. John Stewart’s alumni Stephen Colbert and John Oliver were perhaps the loudest and most spectacular, picking up where Stewart had left off with ‘if you smell something, say something’ philosophy of calling bullshit. Highlights included Colbert’s blackboard musings, a few months out a Trump victory still seemed like impossibility:

Meanwhile, Oliver, safe in the swear-loving haven of HBO, let rip with regular tirades that would make Peter Capaldi’s Malcolm Tucker blush. The show’s last episode before the election was no exception, and even though he was perhaps a bit more careful in his approach, he still needed hopefully of a Clinton win:

When the votes were counted and the president elect emerged as the candidate that wasn’t Hilary Clinton, the questions about comedy’s role in the outcome emerged again. Had pieces like those above trivialised Trump’s influence and intentions? A ‘morning after’ piece by Samantha Bee told the tale:

When it comes to blame (if that’s how we want to frame Trump’s victory), the problem is much bigger than one media platform or art form. Comedians did use Trump as a plaything, but arguably (and primarily) that’s their job. Speak truth to power (ideally, yes, please), but make sure to definitely deliver laughs. Meanwhile, the broader media had more choice about what it focused on, as did audiences who could (and perhaps should have) demanded more from their Fourth Estate. Post election reports saying “How did we get it wrong?” were, ironically, showing a divided media as well as a divided nation. Those who avoid Fox news had also been denying their viewers – and in turn, their concerns and contexts.

Comedy news is not real news. Comedians aren’t journalists. But that doesn’t mean that they aren’t influential and don’t gain (and wield) attention. And we have started a dangerous trend by placing comedians behind desks, in suits, and framing them up with news-like setups. At the same time and (as part of a perfect storm) those who actually are journalists are trusted less and less by the broader public it seems. Audiences rebelling against institutions. People who feel unequally unrepresented by them met both politics and the traditional news media with fierce scepticism.

During this time of distrust comedians do have an interesting role to play. On a very basic level – it was a discourse of despair that has gotten us to this point – and comedians are better placed than most to remedy that. Of course though, comedy is not just about amusement and distraction, but at its best also about subversion, anticipation and surprise.

Given the biggest surprise seemed to be just how divided the American nation feels, perhaps that’s where comedy needs to go now- questioning, challenging and surprising the audience by actually looking for where divisions really lie. More like this (pre election) sketch from Saturday Night Live perhaps, bringing race and class issues right out into the open, for example.

D-DAY: AS IT HAPPENS by Debra Ramsay 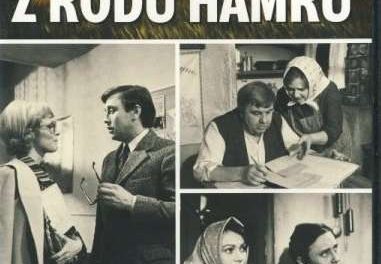 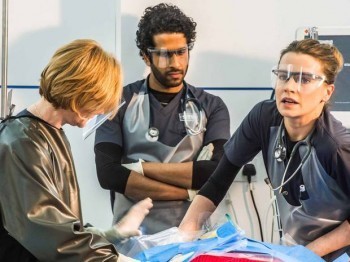