Ohferfuckssake is it that time again already? [1] Yes, it is. I’m back and you, you, you lucky things lovely people are either giving up around now or going on to see what I’ve been ‘thinking’ about for the last few months. And actually, first of all, thanks to Kim Akass for inviting me back to allow me to spout and rage at this keyboard about some (not all) things tellyvishual and that as I haven’t really had a chance to have a rant for a while and there are a few things I need to get off my chest.

Will I do bullet points? Maybe at the end? Y’know, all the stuff I was thinking about but will save for a later date? Maybe just points to get a bit of conversation going in the comments? Let’s wait and see, for now let’s remind you all of the circle of domestic hell idyll I breathe and move around in:

Herself: Mrs Dr Big John (MDBJ – see local garage bills for the origin of that moniker)

Child 2: Sweep (6. Eats a lot, wakes up when the sun gets up and refuses to go back to sleep, thus making every summer so far a deluge of torture for me and MDBJ)

And that’s the family set up (well, there is the fluffy, cable-chewing demon that lurks upstairs but he’s grumpier than I am and he has no name. Not in a call-me-Legion-for-we-are-many way, more of a when we [2] got the fluffy demon it was sold as a female but then, ahem, a couple of things developed, and it turned out she was actually a he but now he is incomplete due to the savage rhythmic assault he purported on MDBJ’s slippers (fluffy pom-poms really turned him on) but he is still a rabbit and mostly just called ‘Rabbit’ or, on occasion, ‘get-out-of-this-room-you-wee-bugger’). 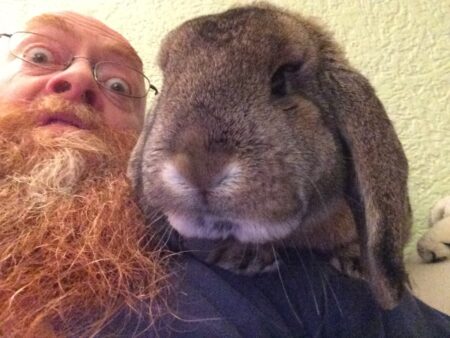 You may recall that we don’t have a TV. Well, we do but we don’t have a TV aerial. Or cable. Or satellite. So we rely on streaming for all our telly needs. Which we’ve kind of adjusted to but myself and MDBJ miss ‘proper’ telly. The kids don’t care, why would they, this is how they live, after all?

But the last few weeks, as well as the coming few weeks (at the time of writing) have brought me and MDBJ back to the old-fashioned idea of appointment TV. Yes, for a few glorious weeks, we watched BBC2 from 8pm to 9pm for Mortimer and Whitehouse: Gone Fishing (a lovely show in which two old farts respected comedic entertainers annoy each other a bit and make us all laugh and cry a lot, my only complaint is there are too many fish) and Harry Hill’s World of TV (a well-constructed deconstruction of genre with decent laughs).

Currently we are watching avidly for an hour on Monday nights. Only Connect (possibly the most fun quiz show since Ask the Family) on BBC2 followed by the second season of Ghosts (very funny, very clever, very much fans of this lot) on BBC1. [3] Of course, we could have binge-watched Ghosts as it was all released on the iPlayer at the same time but we decided not to. Just so we had something to look forward to and had some kind of routine and just so that we could do something together. Now, that’s all well and good but the reality has been that what we’ve actually done is start watching the shows about fifteen to twenty minutes after they start. As Sweep goes to bed at 7.30, which means she’s normally sleeping by about 8 but there’s always that 15 minutes of hoping that she actually goes to sleep and stays asleep. So we’re watching appointment TV, by appointment of Sweep with Morpheus. But, the point is that we do not watch them other than on the nights they are on, so that makes it alright. Doesn’t it? Does it count anymore? Is it important? And [update] at time of writing this sentence (Oct 19th, 2020) we’ve only seen four episodes of Ghosts and the fourth one, well, no spoilers from me, but it was really just quite beautifully done, a splendid 28 minutes of TV.

Other things that have caught our attention in the break have been, um, dunno, there must be some stuff, hang on, I’ll go through a browsing history.

We’re nearly all the way through Dix Pour Cent or as Netflix UK has it, Call My Agent, and are mildly annoyed that it is nearly done as we both like it (regular readers will bear in mind that this is a crucial element of household harmony – we both have to like it). And it is pretty good. Three seasons (so far) of light-hearted whimsy set in a top actor’s agency in Paris with special guest stars every week. All of them, if not actual legends of French and International screens, then as near to that status as makes no difference. I mean, Juliette Binoche, Audrey Fleurot, Guy Marchand, Audrey Fleurot, Isabelle Huppert, Audrey Fleurot, Christopher Lambert, Audrey Fleurot, Jean Dujardin, Audrey Fleurot, the list goes on. I thoroughly recommend it, which is rare for me, but so far, it has not missed a beat and you can probably write about localisaton of content production for Netflix that then becomes transnational content and all that, eh? Also, Audrey Fleurot is in it and she is a terrific talent, almost flawless as a performer. [4] 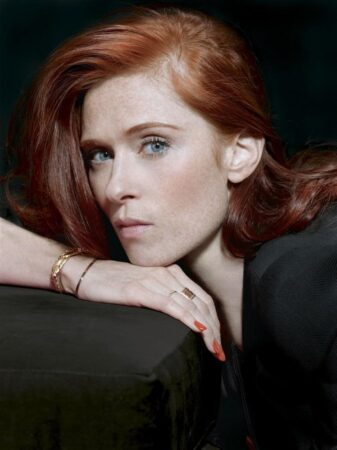 But there has also been a sort of revisiting of an old chum from my childhood in the shape of The New Legends of Monkey, which is a Netflix/Australian/New Zealand co-production. That brought back Monkey, Pigsy, Sandy and Tripitaka in, um, all new legends. Now, I kind of liked it, well the first season anyway. The second season, just sort of fizzled out somewhere. I knew the main characters and the update/reimagining of them mostly worked but, I’m still working this one out, it just left me at some point. I am going to watch it again, see if I see what I missed and given that the episodes are pretty much all under half an hour long it shouldn’t take too much time to work out. I would suggest watching it, especially if you were a fan of the old one. Or get the box set of The Water Margin and watch that ‘cause it was brilliant.[5]

As for the children, Sweep continues to find content on TBN (‘That Bloody Netflix’) and the Mouse+ and we have spent some really lovely Sunday mornings sitting on the couch watching some ‘classic’ Disney movies (102 Dalmatians can be avoided quite easily though).[6] STG is now reading Douglas Adams’ works (having got through nearly all of Conan Doyle’s oeuvre) and pops down to watch The Zoo (CBBC comedy show in which animals are voiced by actors, not as warm as Johnny Morris but certainly quite funny at times, but the theme tune is not as good as Animal Magic’s was) and her and Sweep are working their way through Wizards Vs Aliens (CBBC sci-fi fantasy involving Russell T. Davies, not bad actually) and Deadly 60 (CBBC, Steve Backshall globetrotting to find the deadliest 60 animals he can and occasionally getting quite the fright when one of them tries to eat him).

But possibly, just possibly, there was one show over the last few months that struck more of a chord than the rest. And again, nostalgia is thrust front and centre. Now, there are a number of gripes I have with this particular show. Not least that it is tacky, but quite gloriously so. Not brilliantly acted and quite poorly thought out overall in terms of plot and whatnot. It is basically a bit brash and dumb, although it did use Ratt’s Lay It Down, which in itself is not an indicator of, um, not-dumbness [Ed: I think he means ‘intelligence’ here]. It has so many flashbacks in it that their run time is equivalent to two whole episodes (and it’s always the same three bits of the original movie) and is just in general terms pretty much dumb and awful but it has managed to hit a note in the zeitgeist of hommes d’un age certain as well as these young people that seem to have flocked to it. What I am saying here is that I’ve found a show I’m genuinely conflicted about; I think I hate and love that show more than any other of the last few months and I have no idea why. Because it’s genius trash. Or not.[7]

But overall this show can be best summed up by my incorporation of it into my tweet of September 14th, 2020.[8]

And there we are.

Things I haven’t had time to rant about/discuss:

[1] Ohferfuckssake is quite close to my Insta profile name. There you are, eh?

[2] I had no involvement in the process. I came home one day and there was a massive rabbit under the couch. Quoth MDBJ, “But the children love her! We’re keeping her!” Thus began (and ended) that conversation.

[3] And one of the best jokes/observations in Ghosts is that Charlotte Ritchie, who plays Alison, the living person who can see the ghosts in the show, looks just like Margot Kidder who of course was in 1979’s The Amityville Horror. Go ahead, google it, she really looks like her!

[4] I did suggest that once it was all done, if the show was being missed we could watch some episodes again. Maybe the one with Audrey Fleurot in it. This did not go down well, for some reason.

[5] Well, I recall it being brilliant but I haven’t watched it for years. I hope it’s still as brilliant as I think it was.

[6] She’s also found another dire cartoon about trains, on Cbeebies. This one’s called Chuggington and the theme tune reminds me of the old Milky Bar Kid song. It also has lots of loud requests for more ‘chuggers’ and ‘chugging’ which is an old Scots term for onanism as well as chewing gum (make of that what you will).

[7] I actually think the overall aesthetic is quite similar to 1980s hair metal videos. Don’t rush to watch any of them, just take my word for it (this time, really do, as I’m doing you a massive favour by dissuading you from going down the hair metal rabbit-hole).

[8] Feel free to follow me: @john_ritchie73 if you want occasional rants/humour/pics of Sweep doing sweepstuff/me talking about cheese with actresses I know, sort of thing 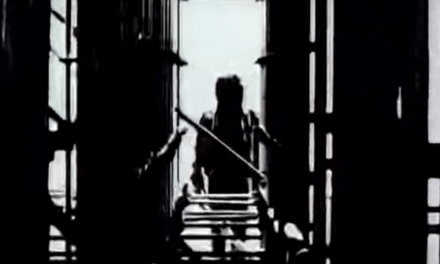