Have you been watching Doctor Foster? Or Rellik? Or Strike? No? Me neither. Doctor Foster apparently drew over 8 million viewers to one of its episodes, but judging from my facebook feed, they were not impressed. Rellik scrapes around the 4 million mark, whilst Strike managed around 5 million. Other dramas such as Liar and Victoria on ITV are gaining similar figures. This means that most of these programmes reach between 20 and 30% of the available audience. These are respectable figures. However, in comparison to the soaps (Coronation Street is watched by approx. 8 million people regularly, EastEnders by just under 7 million) they must be disappointing. After all, these programmes are the ‘quality’ dramas that are meant to dazzle us and build buzz. Dramas, that potentially should showcase their channels and/or production companies and that are clearly slick enough for international distribution.

But that is it for me: they are slick. Perhaps too slick. Their coolness comfortably sits in the middle-class lifestyle that is constantly displayed for our consumption – nice houses, minimalist décor in Doctor Foster and shabby chic and retro-glamour in the Strike. Their title sequence is beautifully designed, crafted around graphics and fonts that clearly aim to brand the series and their relation to that lifestyle. This is perhaps particularly true for Strike which looks expensive just through the intricate title sequence that has J.K.Rowling’s clout written all over it:

But Christine Geraghty has indicated in the past that these kinds of dramas are symptomatic for a time of uncertainty for the BBC. They are made for international distribution, and to please an often hostile press. Where Geraghty spoke about The Night Manager and highlighted the problematic handling of such issues as the glamorisation of the arms trade and the downright misogyny evident in the portrayal of its female figures, these dramas are less obviously ethically suspect. They tell stories of crime, they are suspenseful, but most of all they are full of pretty much middle- to upper-middle class figures who struggle with their relationships. These struggles might appear existential – often enough they are about life and death – but, you know what, I don’t care. And why? Because they don’t seem to care. In Geraghty’s words: they are ‘so driven and so isolated they represent the views of the 1%’. Driven and isolated – and sometimes downright narcissistic. In other words, for me at least, these series lack likeable, or at least relatable, characters; characters I wanted to know more about.

This is distinctly different from those in several observational reality TV series, and in particular Ambulance (BBC since 2016) and The Detectives: Murder on the Streets (BBC, 2017). The people we meet there all lack the depth in life story nowadays afforded to quality drama characters. Their backstories are alluded to, rather than fully fleshed out. But we see them in their humanity: their compassion with patients or family members of victims plays on their faces, and breaks through their professional voices into their conversations with them. A particularly good example is the moment when a detective updates her team on a victim’s condition in the first episode of The Detectives. The camera lingers on her face for just a moment, and behind the professional mask of being able to handle absolutely everything that is necessary, there is a shimmer of grief. This is captured in a medium shot, while some of the image is blurred through something that dominates the foreground, suggesting a level of distance which nevertheless places us in such a way as to see the pain. What is so surprising about this is how much this image of grief jars with my expectations: as far as crime is concerned, my assumption is that detectives can completely disentangle themselves from the pain that violence – and death causes. I have seen it so often on my TV – compassion doesn’t seem to matter. It’s the puzzle that matters.

The Detectives: Murder on the Streets

But it’s compassion, our ability to feel the pain of others, our ability to relate to others even in their moment of complete crisis, that makes us into fully fleshed out human beings. Observing it allows us to participate in this feeling, and gives the text the power to affect us deeply. Seeing that compassion in action again and again in Ambulance is incredibly touching and inspiring. But this requires other stories, stories of pain and messiness, not consume-able lifestyles or effortless coolness. It requires stories of particularities that recognise local specificities and emphasise interdependence rather than the (problematic) heroics of contemporary fiction characters. Perhaps this is why the drama I enjoy nowadays is often Scandinavian in origin which often emphasises precisely our interconnectedness. Bron/Broen was a particular good example, of emphasising how one action impacts on a whole series of events and people. As to BBC drama – when their characters are again driven by compassion rather than the thrill of solving the crime or some other aspect that validates them and them alone – that’s when I might return to it. 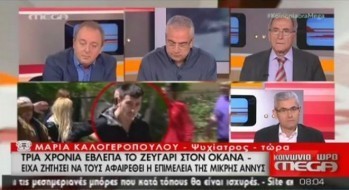 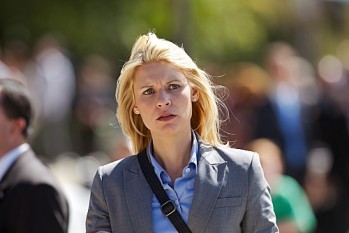