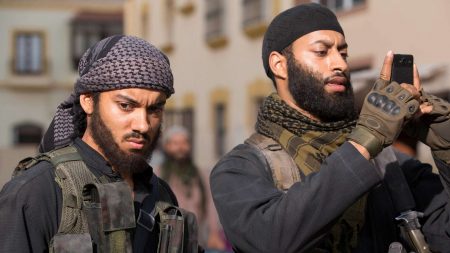 For docudrama lovers like me, a new Peter Kosminsky production is always eagerly anticipated and the unfolding of The State over four consecutive evenings on Channel 4 last week made for a particularly intense viewing experience. Like most of Kosminsky’s television work, The State is an exhaustively researched drama with a bold premise: four Britons travel to Raqqa to join the Islamic State, but soon discover that daily life in the caliphate is not all it’s cracked up to be by its online advocates. Although some of the new recruits remain true believers until the end, others are repulsed by the slaughter, slavery and torture that they witness.

Two characters, in particular, refuse to become the monsters IS wants them to be. A medical doctor, Shakira (Ony Uhiara), travels to Syria with her young son, determined to help build the caliphate; yet she struggles to accept IS’s barbaric treatment of women and finally decides to flee from Syria when she finds her child and other junior recruits playing football with a severed head. The drama’s other central protagonist, the sensitive, doe-eyed Jalal (Sam Otto), also comes to question the actions of his new comrades: why, he asks, do they slaughter their Shia enemies when they are retreating – an action proscribed by the Quran? He is told in reply that the caliphate must brutally ‘establish’ itself and that ‘there will be time for mercy later’.

The State shows the essential hypocrisy of the IS demagogues, who rationalize their own viciousness and denounce all others as infidels. Indeed, as Hegel famously observed, ‘evil resides in the very gaze which perceives evil all around itself’ and in a drama that is very much about witnessing and looking, the recruits who resist IS must literally refuse this ‘evil gaze’: when Jalal attends a public beheading, for example, he averts his eyes at the crucial moment (see image above). Such refusals reveal the ambivalence and fundamental decency of some of the militants. After all, whatever the tabloid newspapers may say, not all of the young zealots who join IS are monsters. Many of them are less evil than misguided, duped by Internet propaganda, disaffected by capitalist modernity, and ignorant of any genuinely emancipatory perspective.

Betrayal – especially betrayal by organizations and institutions – is a recurring theme in Kosminsky’s oeuvre. In No Child of Mine (1997), twelve-year-old Kerry is sexually abused by a succession of family members and care workers. In The Project (2002), a group of enthusiastic young politicos enter the Labour Party of the 1990s with high ideals, but are forced to compromise their principles at every turn. The Government Inspector (2005) indicts New Labour even more strongly, going so far as to portray the suicide of the government weapons inspector David Kelly in the lead-up to the invasion of Iraq. And 2011’s The Promise depicts the abandonment of Arabs in Palestine by the departing soldiers of the British Mandate, showing its violent consequences in 1947 and the present day. In The State, too, betrayal is a key theme: not only have these young men and women been lied to by the propagandists of IS; in signing up for jihad, they have betrayed their own better natures. The point is emphasized in the final episode when Jalal, whose faith in Daesh is already wavering, is visited by his father Munir (Nitin Ganatra). Munir scolds his son for destroying his family and for betraying the enlightened values of toleration and multiculturalism that, in his view, characterize British society.

The question remains: why are some Westerners susceptible to jihadist ideology? More specifically, why would a headstrong and savvy medical doctor like Shakira have any interest in joining a misogynistic death cult? This question has been addressed in several recent films. In Mijke de Jong’s Layla M. (2016), for example, a young Muslim woman living in Amsterdam is increasingly angered by social discrimination against Muslims and by video images coming out of Syria and Gaza; she eventually leaves for a new life in Jordan, but soon regrets her decision. The process of ‘radicalization’ was also explored a decade ago in Kosminsky’s own two-parter Britz (2007), in which another educated and politically conscious medic, Nasima (Manjinder Virk), is driven into the embrace of Al Qaeda in a narrative that moves between the UK and Pakistan.

Britz offered a powerful indictment of the British state, linking the political disaffection of young British Muslims to their experiences of Islamophobic prejudice and anti-terror legislation in the wake of 9/11. The State is more limited in its locational range and political scope: after an initial three-minute montage showing the recruits leaving the UK, the rest of the drama concentrates on their new lives in Syria. This surprised and slightly disappointed me, as I had been expecting the kind of interwoven ‘home and abroad’ narrative structure offered in Britz and some of Kosminsky’s other geopolitical dramas, such as Warriors (1999) and The Promise (2011). While Kosminsky’s depiction of the recruits’ new life in Syria is enlightening, I would have appreciated some exploration of the domestic experiences and political grievances that pushed these intelligent young folk towards the ideological abyss. The absence of such backstory makes The State, for all its contemporary relevance, a less satisfying treatment of terrorism than Britz. While Kosminsky does sometimes hint at the motivations of his central characters, there are rather a lot of unanswered questions at the end of episode 4. Shakira, for example, remains something of an enigma to the end. And while we might guess that he is attempting to atone for past misdeeds, we never discover exactly why a former British soldier, Abu Ibrahim Al-Brittani (Jack Greenlees), has joined the jihadists.

As Alain Badiou points out in his little book The True Life, today’s Western terrorist rejects the main subject positions offered by liberal capitalism, namely, individualistic careerism and hedonistic, perpetual adolescence. However nihilistic it may ultimately be, jihadism promises young people an alternative set of values and the sense of social belonging and political purpose that so many of them find lacking in mainstream Western culture. Many recruits are driven by righteous fury at the barbarism of Western imperialism, but unable to see that IS offers only a mirror image of that violence. Some, like Shakira, seem to be motivated by humanitarian impulses. Still others are drawn to IS by the promise of romance: perhaps the drama’s most pitiful character is the naive teenager Ushna (Shavani Cameron), who dreams of marrying a heroic warrior and becoming ‘a lioness amongst the lions’. In an alienating society, some people, it seems, will go anywhere and do anything to achieve a sense of love and belonging. And The State shows just how warm and welcoming IS can be – initially, at least – towards its new recruits.

Kosminsky’s style is, as ever, understated and effective here. The preponderance of following shots and over-the-shoulder shots allows the viewer to move with the protagonists, gradually discovering the horrors of IS from their perspective. And while the tone of the drama becomes progressively more sombre, there are some darkly droll touches throughout. The wall of the schoolroom in which the female recruits have their induction session, for example, displays a cheerful rainbow composed of brightly coloured strips of paper – a bitterly ironic symbol of hope for the future. The bright pink suitcase with which Ushna travels to Syria (the other, more practical recruits carry rucksacks) is similarly absurd, but serves as a touching reminder of the teenager’s childish innocence.

Given Kosminsky’s record as a maker of ‘controversial’ television, it was inevitable that he would be accused by right-wing pundits of glamorizing terrorism. Such criticisms are, however, quite wrong-headed: Kosminsky’s sympathies lie with the betrayed recruits of IS, not with the organization itself, which he thoroughly condemns. If anything, The State should be seen as a counter-narrative to IS propaganda. These days, of course, politicians and filmmakers are eager to promote an anti-terror agenda via the cultural industries: in February 2016 US Secretary of State John Kerry even met with the heads of major studios to discuss ways of incorporating anti-IS messages into Hollywood films. Kosminsky, however, avoids the racial stereotyping that so often characterizes Hollywood portrayals of terrorists – especially when they are Muslim. The State may not be Kosminsky’s most penetrating or critical drama, but it provides a rare insight into the workings of a terrifying organization and the strange attraction it holds for its deluded acolytes.

Stephen Harper is Senior Lecturer in Media and Film Studies at the University of Portsmouth. He has published many articles and book chapters on film and television images of war, British television drama, and cultural representations of mental distress. His single-authored books include Madness, Power and the Media (Palgrave, 2009), Beyond the Left: The Communist Critique of the Media (Zero, 2012) and Screening Bosnia: Geopolitics, Gender and Nationalism in Film and Television Images of the 1992-95 War (Bloomsbury, 2017). 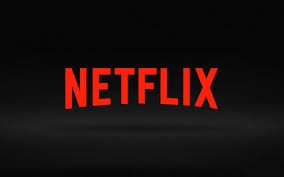 A WEEK WITHOUT TELEVISION by Kerr Castle