Entertainment television programmes help shape the public discourse on politics. As American political communication scholar R. Lance Holbert pointed out, these shows can play a vital part for the public understanding of politics and the public discourse on current issues. Top-level politics and the political Zeitgeist are explicitly discussed on fictional television series such as The West Wing (NBC, 1999-2006), Borgen (DR1, 2010-2013) or House of Cards (Netflix, 2013-present). Against this backdrop, the theories of political communication are changing as well, as it has to take these forms of political discourse into account. This is a rather complex endeavour, as the representation of politics is by no means confined to fictional television series.

Political comedy shows, such as their American forerunner The Daily Show, tend to discuss recent political issues and politicians in a humorous vein. As such, they play a valuable part in the public discussion of politics, as they have no need to adhere to moral and professional standards of journalistic reporting on politics. In contrary, anything goes, as these shows wildly mock and therefore critique public officials or issues. Yet, jokes can get out of hand and might backfire – or as the American rock band Faith No More put it: “I started a joke/that started the whole world crying.”

Jokes might be hurtful and can be understood as insults. At least, this seems to be the case in Germany. Currently, a satirical poem, presented by Jan Böhmermann, host of the late night show Neo Magazin Royale, caused an international outrage.

Böhmermann, whose self-proclaimed shtick is being a “pale and skinny boy from Bremen” who is out for mischief, is currently being sued for libel by the Turkish president Recep Tayyip Erdoğan for mocking him and his office. Böhmermann published a poem on the difficulties of distinguishing insults from satire, delivering punch lines about Erdoğan to illustrate the differences. Despite being clearly marked as satire, the Turkish president interpreted it as an insult. Thus, the question remains: If comedy is seen as a valuable addition to political discourse, which is meant to be a form of critique, how could a pale and skinny boy cause such an international éclat with legal consequences? In order to answer these questions, we need to scrutinize the events and view them through the lens of political comedy theory.

Let’s recap the events that led to the diplomatic éclat. It all started with Extra3, a satirical television magazine. Among Germany’s variety of political comedy shows, Extra3 usually satirizes local German politics and German television. Nevertheless, in March 2016, they took on Turkey’s president Erdoğan and his press politics. Extra3 published a satirical song, accusing him of oppressing free speech and liberal journalism in Turkey. The comedic song is based on a well-known German song and relies on wordplay and thus would not have gotten any attention beyond its regular viewership, had it not been for an online-version of the song, featuring Turkish subtitles. A minor diplomatic turmoil arose. Turkish diplomats asked the German ambassador in Ankara for a statement, as the Turkish president felt offended. When German diplomats argued in light of the European understanding and importance of free speech for public discourse, the Turkish president went to the next level and asked German chancellor Angela Merkel to remove the video from the Internet. This request was denied as being considered an un-democratic practice. Extra3’s video is still available. Nevertheless, the incident ignited a public discussion about freedom of the press and of course the role of satire in political discourse in the German media. Merely a week later, the topic was picked up by Jan Böhmermann, host of Neo Magazin Royale, a late-night comedy show, dealing primarily with media, politics and the absurdities of the online-world. Similar to Extra3, it caters to a niche audience and usually attracts only a small but loyal viewership. However, the show and its host are well connected through various social media channels, publishing short clips of the show online.

Against the backdrop of the general discussion of media politics, the role of satire for public discourse and the Turkish-European relationship, Jan Böhmermann presented a skit on the difference between satire, insult and Schmähkritik, a unique German criminal offense. Schmähkritik can be roughly translated as “defamatory critique”, which describes a form of published criticism targeted ad hominem, dealing with personal and private lapses of the critiqued person, instead of what they have done – it is personal, un-objective defamation. Böhmermann explained the difference between satire and Schmähkritik by presenting a highly grotesque and provocative poem on Erdoğan, which featured all aspects of Schmähkritik in a satirical way. The poem was intended to be a satire, as the host of Neo Magazin Royale stated repeatedly – the aim was not to insult Erdoğan, but to present both legal and illegal forms of communication: It takes a well-trained ear and a fine understanding of the German language, and communication theory to unravel this semiotic maze, as it presented Schmähkritik as a form of satire. Böhmermann pointed out, that the poem could be understood as Schmähkritik, (only) if one wants to overlook the satirical presentation. Although arguing that there are fine lines between satire and a criminal offense, this part of the show was by all means controversial. As soon as it was broadcast online, it was immediately taken offline by the network, citing internal quality standards for satire as the reason behind this action. Although this was quickly done, the poem was brought to Erdoğan’s attention. Once more, Turkish and German diplomats were sent out, trying to smooth out further diplomatic nicks that the poem had caused. The consequences, again, can be put in Faith No More’s words – “And I fell out of bed/cursing my head/for the things that I said“: the debate about the role of satire in politics arose once more. Nevertheless, this time it took a different turn: the Turkish president pressed charges against Jan Böhmermann on grounds of defaming his office and him personally. As a result, we now find that the pale and skinny boy from Bremen is in the process of writing German law history. The courts have to decide on the nature and cause of his poem – was it a legal form of political satire or a case of Schmähkritik? Other paragraphs in German criminal law are now under scrutiny (such as §103, the so-called “Shah-Paragraph”).

A closer look at comedy theory might aid in unraveling this complicated case. Böhmermann’s poem is by all means pubescent and obscene in content. Nevertheless, it is still presented in a humorous and playful mood. Theoretically, it can be seen as a form of Bakhtinian carnival, which alludes to several political and cultural implications.

Jan Böhmermann’s poem can be read in view of this cultural-historical background. Neo Magazin Royale and similar shows can be seen as a form of mediated carnival. It allows the jesters to freely mock the mighty – by any means necessary. This freedom is permitted firstly through democracy and its underlying principles – the freedom of speech and expression, the press, and the arts. Secondly, it is granted through the idea of carnival itself, as it is only a temporal, socially accepted form of mockery, which never really challenges the underlying social order. It simply shows that things could be different and that any form of order is merely a construct. This is the underlying principle of democratic order, which is socially and politically construed by the people, for the people and through the people and is subject to change. Albeit these mockeries, the underlying democratic order is never put in question. Democratically elected leaders thus have to expect to be mocked, but are expected to sit through it as well.

The éclat can be seen as a case that highlights the importance of television comedy for the public discussion of politics, as entertainment television played journalism’s part in criticizing the political powers. As a political and socially legitimate practice, it should be a safe endeavor for comedians, as they have inherited the medieval jester’s role.

Böhmermann’s poem can be challenged aesthetically, but it still remains an integral part of carnivalistic, democratic, and artistic communication. It should be seen as a form of mediated carnival, which pokes fun at social and political constructions of reality, but does not change them. A few years from now, the case will have found its way into textbooks on law, communication theory, and the theory of democracy, as it questions the limits of political comedy – which is quite an achievement for a pale and skinny comedian from Bremen. Thus, only Faith No More and not Jan Böhmermann should deliver the line “Oh if I’d only seen/that the joke was on me“.

Dr. Martin R. Herbers works at the Zeppelin University in Friedrichshafen, Germany. Other than getting great views of Lake Constance, he spends a lot of time watching television, especially comedy. His research interests are in the fields of political entertainment media and their conribution to the public sphere. In “Ridiculing Stereotypes”, his on-going research project, he analyses the contribution of political comedy to the public discussion of the issue of migration in Germany. You can follow him on Twitter. 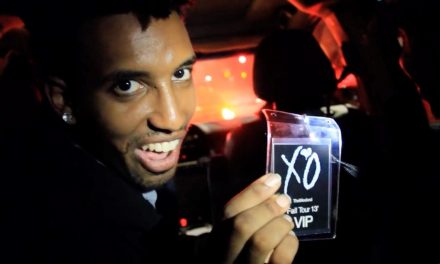 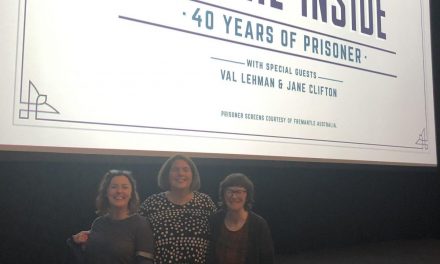 ON THE INSIDE: 40 YEARS OF PRISONER (CELL BLOCK H) AT THE 2019 ST KILDA FILM FESTIVAL, MELBOURNE by Stayci Taylor, Tessa Dwyer, Radha O’Meara and Craig Batty 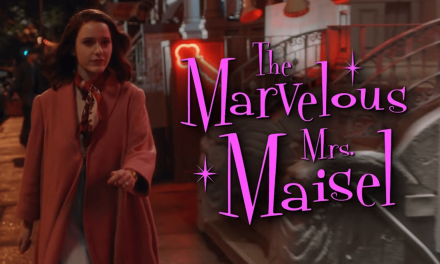