For those not familiar with EastEnders, the last few months may nevertheless have yielded glimpses of Dot Cotton (Branning) via the actress, June Brown, who has played her since July 1985 and who has been publicising her autobiography. Most memorable of her publicity interviews was the wonderful encounter between her and Lady Gaga on the Graham Norton Show (8th November 2013) when the two of them cooed at each like a pair of exotic birds. More prosaically, the nickname ‘Dot’ Cotton was applied to one of the worst characters in series 2 of Line of Duty (BBC, 2013) a character whose smooth deviousness was in direct opposition to the Dot Cotton in the soap opera who is notoriously Christian, self-consciously maudlin and intermittently good-hearted.

Recently, in episodes screened in the week beginning 24th March 2014, Dot played a larger than usual part in the EastEnders’ storyline. Her basic storyline concerned the apparent death of her only son Nicklast seen on the Square in 2009 when he attempted to poison his mother. His death was announced to Dot by her previously unknown grandson and the week’s episodes saw Dot’s vigil by the coffin, the visits of various friends to pay their ‘respects’ (tricky since Nick was such a bad son), the funeral service and the wake.

These days, for a variety of reasons, I’m not a regular EastEnders’ watcher. That’s to say I don’t watch every episode and I never watch it in real time. Instead, I keep an eye on it by checking the storylines and watching one or two episodes a week, sometimes fastforwarding through the storylines/characters I’m not so  interested in. I feel a bit bad about this because actually I know that this is not the best way to watch a soap and that by not paying it enough attention I run the risk of missing the moments when it strikes home.

This time I watched the week’s four (one running for an hour rather than the usual 30 minutes) episodes, reflecting on how the story worked and how old and new characters were treated. Recently EastEnders has been reviving a number of characters from the past, not just the dead Nick, and it raises the question of what we need to know about them and their inevitably tangled relationship with previous events in the Square. What kind of knowledge did this event require and how do we get it?

Firstly, the story went off in two directions. The first story was the story of Dot’s grief, how she handled it and how her friends supported (or failed to support) her. The second was a mystery story – was this really her grandson Charlie, why was he in cahoots with the undertaker to deny Dot a glimpse of the body in the coffin, is Nick really dead? The first story was dealt with fully though it will have its later repercussions; the second story is the one that will be carried forward and which was speculated on in the press and online. The second story gave the week’s episodes a series of twists which it wouldn’t have had  otherwise but in the end it seemed that the producers didn’t trust the writers and the audience to focus just on the first story. Dot and June Brown certainly deserved and could have sustained that intensity of focus.

Secondly, Dot is an extraordinary character with whom the writers can take risks because she is both so eccentric and so well-established. EastEnders doesn’t have the range of older characters which Coronation Street has and here Dot seemed to be accompanied by the ghosts of all those older women who have gone – Lou Beale, Ethel, Pauline Fowler came to my mind. And she is both comic and melancholic. They gave her a number of monologues this week. One was to Nick in his coffin in which she reminded her son of how she once took him to a church harvest festival dressed as a carrot and how Ethel was there with Willy who barked and Nick giggled.

Not surprisingly, Nick never went to Sunday School again. And then a few scenes later, Dot is talking to Jesus about how she has failed her son, ‘cut him out of my life’ when ‘I should have saved him’. And how she doesn’t know what state he was in when he died and therefore doesn’t know whether Jesus can save him. Zygmunt Bauman once wrote that ‘one can hardly hear the residents of Albert Square mentioning God (the few who do, quickly disappear from the soap saga, as blatantly out of place)’ ( Liquid Love, Cambridge: Polity 2003, p27). Dot has consistently proved the great sociologist wrong.

Thirdly death like other great soap moments now needs to be underlined with shots which shatter the conventional visual organisation of the programme. Some critics find them pretentious. I think they are informative and appropriate. The day of the funeral started with a crane shot from high above the Square which swooped across the open space to the railings outside the house where a crow perched. Dot’s unusual decision to have the coffin in the house overnight was marked by an overhead shot of her front room which showed us Dot standing by what seemed like a huge coffin before we returned to ground level and the old-fashioned detritus of Dot’s front room. These bravura shots were offset by two rather elegant shots from the hall, looking at Dot reading her bible at the kitchen table, with the soft green of the painted wall behind her – a reflective moment for her and us.

Finally, death in a soap is often a time when the community is supposed to gather together in support. There may be difficulties with that and fights at the funeral are not uncommon but the basic spirit is there and can be seen regularly in Coronation Street. But EastEnders sometimes risks more and it did here in an unlikely scene after the disastrous wake in the pub. A number of Dot’s ‘friends’ go over to her house, seemingly to apologise but largely because it is just where they have to be. They have to wait because she is back at the crematorium. So here they are in the front room so recently dominated by the coffin.

These are not Dot’s relations nor really her friends; they range across the generations and include Ian and Sharon who have been there from the beginning, Sonia who is another of the recent returnees, hatched-faced Shirley. Different viewers, with different familiarity with the programme, might have different views on why they are there. In any case, they are awkwardly grouped, too many for the room and the camera. They don’t know what to say and they know what they say won’t do any good. In the briefest of exchanges, two of them. Patrick and Ronnie, express the grief they still feel about the deaths of their own grown-up children. Nothing – not friends’ support nor the love of a sister  – is ever enough. It’s done gently, no-one shouts or gets angry, the dialogue is banal, the visual organisation is clumsy. In the end, Dot arrives and though she refuses to make it easy for them she ends up by offering tea.

As it did in the first episode, EastEnders both invokes the community support (‘the good old days’) that soaps are supposed to rely on and makes it complicated (‘not those good old days’). In the end, regardless of whether Nick is in the coffin or not, Dot can only rely on herself and the awkward sympathy of those who at this point – but this will change as everything does – have chosen to be there.

Christine Geraghty is an Honorary Professorial Fellow at the University of Glasgow.  Her publications on television include a contribution to the 1981 BFI monograph on Coronation Street; Women and Soap Opera {Polity, 1991); and My Beautiful Laundrette (I B Taurus, 2004).  Her BFR TV Classic on Bleak House was published in 2012 and her reflections on the beginning of her work on soap opera appears in ‘The BFI women and film study group 1976 – ?’, Renewing Feminisms, Radical Narratives, Fantasies and Futures in Media Studies H. Thornham and E. Weissmann (eds) I B Taurus 2013.  She is on the editorial board of the Journal of British Cinema and Television and sits on the advisory boards of a number of journals, including Screen.

TELEVISION AESTHETICS AND STYLE: a conversation with Jason Jacobs and Steven Peacock 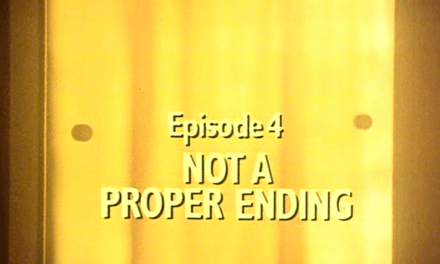 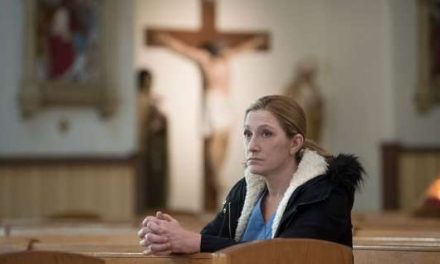