HE IS LEGEND by Stacey Abbott

Voted the best vampire novel of the 20th Century by the Horror Writers Association of America, Richard Matheson’s I Am Legend (1954) was revolutionary in its approach to the vampire genre and prescient of how the genre would develop in the 21st Century.  No his vampires aren’t sparkly. Nor are they romantic…they are monstrous, relentless, viral and represent a new society as humanity recedes into extinction.   In this novella, Matheson stripped the vampire of mysticism and magic and posited that vampirism was quite simply a virus spread as a result of germ warfare, through which Matheson expressed cold-war anxieties about nuclear war and global annihilation.  But today I Am Legendcontinues to speak to contemporary cultural anxieties, this time about global pandemic, and clearly has had an influence on both the 20th and 21st century vampire and zombie genres.  In the tradition of great literature, this novella is as relevant today as it was in the 1950s….and it is a gripping read!   George Romero cited I Am Legend as an influence on his groundbreaking horror film Night of the Living Dead (1968) in which he stripped Matheson’s vampires down even further until they were simply the living dead returned to feed off humanity.  Matheson’s influence, however, can also be felt in Romero’s lesser known foray into the vampire genre, Martin (1976).

The voice of Matheson’s hero Robert Neville can be heard every time Martin proclaims that there is no magic and that he is simply a victim of an illness. In many ways shadows of Neville can be found in both Martin, as he debunks cinematic conventions about religion, mysticism, seduction and sexuality, and in the film’s vampire hunter, Martin’s uncle Tata Cuda, who fails to see Martin’s social and moral complexity, and threatens to destroy the vampire indiscriminately.   Matheson’s vision of the extinction of humanity is also made manifest in Romero’s bleak vision of a decaying society in both Martin and Night of the Living Dead. I Am Legend  has been repeatedly adapted to the cinema in such films as Last Man on Earth (Ubaldo Ragona 1964), The Omega Man (Boris Sagal 1971) and I Am Legend (Francis Lawrence 2007), but its imprint can equally be seen in 28 Days Later (Danny Boyle 2002), Dawn of the Dead (Zach Snyder 2004), Resident Evil (Paul W. S. Anderson 2002), Warm Bodies (Jonathan Levine 2013), and the recent World War Z (Marc Forster 2013).  In many ways, however, Romero understood him best.

While perhaps not a household name like Stephen King, Matheson’s influence on the science fiction, fantasy and horror genres across literature and film has extended well beyond I Am Legend.  He wrote a long list of successful, often iconic short stories and novels, many of which have been turned into equally successful films such as: The Shrinking Man 1956 (adapted as The Incredible Shrinking Man [Jack Arnold 1957]), A Stir of Echoes 1958 (David Koepp, 1999), What Dreams May Come 1978 (Vincent Ward 1998), Hell House 1971 (adapted as The Legend of Hell House [John Hough 1973]), and Bid Time Return 1975 (adapted as Somewhere in Time [Jeannot Szwarc 1980]).  His stories are imaginative and disturbing, so often locating horror within the most familiar and mundane of locations, making the story all the more unsettling. But his work could also be sensitive and heart-breaking – see Bid Time Return/Somewhere in Time for one of the most moving of time travel stories.

But his influence was not limited to the page or the big screen, but extended to television as well. In fact, for me, television is where I found Matheson.  He played a key role in establishing the small screen as an ideal location for horror.  In 1951 he wrote the short story ‘Through Channels’ in which he presents the television itself as an alien monster, invading the home and feeding off the lives – in this case quite literally — of those who are trapped by its hypnotic gaze.   In this story, he tapped into common urban legends and anxieties about the television in the 1950s as a portal to spirit or alien worlds (see Jeffrey Sconce’s Haunted Media for a more detailed discussion of these types of stories).  His outstanding career as a television writer fulfilled upon the unsettling promise of this story, so often showing that the television could serve as portal, bringing the most unsettling images into the home or ripping us from the safety of the living room into a confrontation with the wondrous and terrifying.   He was one of Rod Serling’s ‘gremlins’ – a term Serling used to describe the outstanding team of writers that he had built up on The Twilight Zone (CBS 1959-1963) and who worked with him in weaving a tapestry of wonder and terror on a weekly basis.  Matheson’s most famous contribution to the series was the episode ‘Nightmare at 20,000 Feet’ (5:3), in which a man recently released from an institution following a breakdown, fights to hold onto his sanity when he glimpses a ‘gremlin’ huddled on the wing of an airplane, tampering with the equipment.  This episode captures the claustrophobia and dehumanisation of air travel, in which passengers are packaged into a small metal tube and expected to repress all emotion, deferring control of their lives to the pilots, air crew and technology that is expected to keep them hurtling through the air at 20,000 feet.  The episode expresses in near hysteric tones – beautifully performed by William Shatner in his pre-Captain Kirk career — anxieties about modern technologies at a time when air travel was still not a common experience shared by all.  But in a world of heightened airport security and suspicion over anyone who disrupts the carefully controlled world of air travel, the episode still has resonance.

Following a successful collaboration with Serling on The Twilight Zone, and later Rod Serling’s Night Gallery (NBC 1969-1973), both of which featured original contributions by Matheson and numerous adaptations of his short stories, Matheson joined forces with another maestro of TV horror – Dan Curtis. Together they played a key role in making the 1970s the Golden Age of TV Horror through their collaborations on such television movies as The Night Stalker (ABC 1972), The Night Strangler (ABC 1973), Dracula (CBS 1974), Trilogy of Terror (ABC 1975) and Dead of Night (NBC 1977).    Through these works, Matheson and Curtis modernised horror, relocating vampires to contemporary Las Vegas (Night Stalker), or re-imagining Stoker’s vampire as a cruel military leader but one who is deeply humanised by his pained remembrances of his beloved wife and desire to reunite with her reincarnated spirit (almost twenty years before Coppola would do the same in Bram Stoker’s Dracula 1992).  One of Matheson’s most terrifying TV creations was the African Zuni Doll in episode 3, ‘Amelia’, of Curtis’ portmanteau TV movie Trilogy of Terror, adapted by Matheson from his own short story ‘Prey’.  In this episode a shy, withdrawn woman, dominated by her mother,  is terrorised by an African Zuni Doll that comes to life in her apartment, scurrying across the floor and beneath the bed, hiding in closets and suitcases,  stalking, tormenting and violently attacking her, before finally causing her to fight back and unleash her own repressed anger and violence. This episode — and the doll itself — is the stuff of nightmares and has proven an influence on numerous subsequent films, including Joe Dante’s Gremlins (1984) and the BBC series Psychoville (2009-2011).

Be warned the following clip contains spoilers – if you haven’t seen the film, I would recommend watching the episode in its entirety rather than just the clip so that you can benefit from this deeply unsettling episode conclusion. If you have seen the episode before, this clip will bring back many childhood nightmares. Be warned.

Matheson, along with many of the creative writers and directors with whom he worked (including Steven Spielberg on the TV movie Duel [ABC 1971]), utilized television to transport us into a world of wonder and horror, but they also invited that horror into our home, unsettling our sense of domestic security.   Anything could happen in his work and it often did.  If TV horror seems to surround us today, in the multichannel broadcast landscape where censorship restrictions are increasingly on the wane and even the most mainstream series can confront us with images of the grotesque and the horrific, a look back at the work of Matheson reminds us that horror has always been a part of television, intelligently crafted and cunningly constructed so as to circumvent the censors and get under the skin of his audience.      Matheson’s work got under my skin when I was a child and a fan of all things scary. He can still get under my skin now that I am an adult and channel my love of ‘scary’ into my study of horror and the Gothic. That is why I remember him so fondly and will miss him now that he is gone.   Richard Matheson was one of the great masters of TV horror and it is for this reason that he will always be Legend.  RIP. 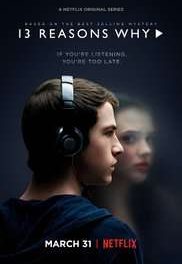 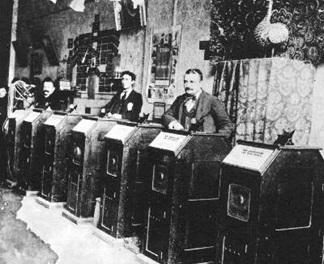