http://www.fox.com/alcatraz/ takes you to Alcatraz, a new series that began on Gringo TV last month. Fox says this about the show:

From executive producer J.J. Abrams (FRINGE, “Lost,” “Star Trek,” and the recent blockbuster “Super 8”) comes ALCATRAZ, a thrilling new series that follows a unique trio investigating the mystifying reappearance of 302 of Alcatraz’s most notorious prisoners and guards, 50 years after they vanished.

Astonishingly, Abrams has projects underway with four of the nation’s five broadcast networks.

Alcatraz commences with Sam Neill’s gratingly mid-Pacific voiceover. Neill is both a narrator and a participant and a young and old man. Taking tips from the Roger Moore school of acting, he raises an eyebrow and inclines his head at bizarre angles to indicate displeasure.

Parminder Nagra, from my home town (we both got out) is Alcatraz’s psy-functionary supreme, albeit largely from within a coma. … To see Nagra in livelier mode, serious scholars will want to study her OK wedding album. Jorge García, who used to blog when on Lost, plays a lapsed criminologist/comic-book expert with dual doctorates. Sarah Jones is the lead adventurer, a police officer who provides intellect, bravery, and integrity, qualities that are unevenly shared among the other characters.

Mary McNamara of the Los Angeles Times is struck by the premise but anxious about its execution. TV Guide gives hermeneutic keys to the mystery without spoiling it and emphasizes its psy-function component—the attempt to control minds.

Alcatraz may not be a success: its January 31 2012 viewing figures fell 10% on the previous week, for a total of 8.3 million people. But its ‘Live+3 ratings’ saw a 37% increase. (Live+3 figures decide the revenue that networks receive from advertisers, based on live and on-demand viewing of commercial minutes within three days of a program’s first screening.)

Regardless of Neill’s nasality or Nielsen’s numbers, I think Alcatraz has something to tell us about the United States. Its geological eponym is a brooding, awe-inspiring symbol of this country as a carceral society.  The rock gives physical testimony to discipline in a country dominated by violence.

In that sense, both the rock and the show are intimately connected to the media-effects model that dominates our scholarly and industrial investigations of TV audiences. That model derives from social psychology, itself an attempt to control urban, post-industrial populations when traditional forms of pleasure and authority are undercut.

As the psy-function and audience research have matured, if that’s the right word to use, their interdependence has become more and more evident. Media-effects studies will never end in the US, because they exist to explain away the fact that this is the most violent wealthy country in history. Individuals are to blame! And the media made them! Let’s forget imperialism, de-industrialization, gun laws, the absence of a functioning welfare state, defunding of mental health, and the presence of brutal white-male Protestant superstition.

Both Alcatraz the series and Alcatraz the place evoke and index our sublime history of state aggression—one a recurring contemporary nightmare from the past, the other a forbidding monument to a gruesome present.

In search of others’ perspectives, I posted the following on http://getglue.com/home under Alcatraz, at a time when two million people were checked-in to the site and the series was ‘trending’ at #45:

I liked the first three eps and have a deadline to write about it of tomorrow. Any thoughts, fellow viewers? Does it work? If so, why? If not, why not?

That attempt to garner ideas for this column—something I also tried on Twitter and Facebook—failed. But it gave me further insights into television’s place in our society of surveillance.

GetGlue describes itself as:

a social network for entertainment. Users check-in and share what they are watching, listening to and reading with friends; get fresh recommendations, exclusive stickers, discounts and other rewards from their favorite shows and movies.

GetGlue is a recognized leader in social television and second screen applications. GetGlue has 2M users that checked-in over 100M times in 2011. 75 major networks and 10 movie studios use GetGlue to promote their shows and movies to fans.

These espionage skills won the social-networking site an award from the advertising industry; my unsuccessful exploitative research method (sorry, participation in social networking) apparently works for the institutions behind GetGlue …

Basically a surveillance device, the site offers corporate access to viewers and a means of targeting them through new promotions. While audience members speak to one another, Big Brother watches, notes, then promotes.

Perhaps that will be my takeaway from Alcatraz—its symbolic ties to the prison-industrial system of the US; its fascination with the psy-function; and its industrial place in the exploitation of viewers’ intellectual property.

Toby Miller is a British-Australian-US interdisciplinary social scientist. He is the author and editor of over 30 books, has published essays in more than 100 journals and edited collections, and is a frequent guest commentator on television and radio programs.

His teaching and research cover the media, sports, labor, gender, race, citizenship, politics, and cultural policy, as well as the success of Hollywood overseas and the adverse effects of electronic waste. Miller’s work has been translated into Chinese, Japanese, Swedish, German, Spanish and Portuguese. He has been Media Scholar in Residence at Sarai, the Centre for the Study of Developing Societies in India, Becker Lecturer at the University of Iowa, a Queensland Smart Returns Fellow in Australia, Honorary Professor at the Center for Critical and Cultural Studies, University of Queensland, CanWest Visiting Fellow at the Alberta Global Forum in Canada, and an International Research collaborator at the Centre for Cultural Research in Australia. 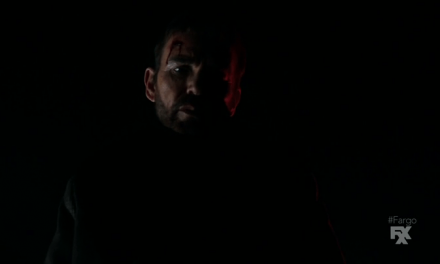