We were working with our first year students on pitches for programme ideas, when I noticed something very strange: my 18-19-year-old first year students knew who Bradley Walsh was. And more surprisingly (and perhaps shockingly) still: they loved him.

Don’t get me wrong, I too love Bradley Walsh. For those of you who don’t know him, he’s the presenter of the ITV early-evening quiz show The Chase. But he’s also been my secret guilty pleasure. I largely loved him for his part in Law & Order: UK where he played the middle-aged, weary but good-hearted cop Ronnie Brooks, the British version, basically, of Lennie Briscoe, the veteran cop in NBC’s Law & Order played by Jerry Orbach from 1991 until his death in 2004. Brooks had a decidedly Cockney inflection to him, playing strongly on ideas of an ‘authentic’ working-class character that separated the cops more largely from their middle-class, barrister colleagues. And Walsh has also been in Coronation Street, for a relatively short stint, though, as Danny Baldwin for 269 episodes, or 2 years (compare that to Helen Worth’s character of Gail Platt who has appeared in 2,087 episodes over 42 years). In Corrie he played the sometimes loveable womaniser, sometimes downright nasty businessman who had a rather difficult relationship with his son. And if you thought that was everything, no, he has recently released an album of swing standards which, according to my music-aficionado friend, is ‘actually really rather good’. In other words, he is one of those unusual all-rounders, one of those increasingly rare people who are good at a number of things, including presenting, acting and singing. So, perhaps, then, it is no surprise that so many people love him. The thing is, I have always assumed that even I with my 40 years was slightly too young to like him. So discovering that the next generation also had a soft spot for him was a bit of a surprise. Enough of a surprise to further investigate. 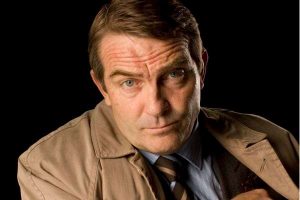 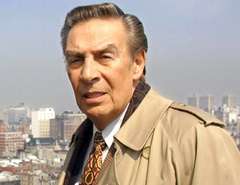 What follows is a discussion of some of the responses that came from current and former students, as well as colleagues as to his appeal. Puzzled by this young generation’s appreciation of him, I conducted – to be fair – a somewhat unrepresentative and rather ad hoc social media survey: I posted a status update on Facebook asking for responses, and quite a few people got back to me, either in private messages or more openly in direct reply to the post. A few words about demographics: Edge Hill University is in Ormskirk, a small market town in West Lancashire, but it still has a strong tendency to self-identify with the nearest big city which is Liverpool where it originally started. As a new university (it only gained degree awarding powers in 2006), it attracts a significantly more working-class and lower-middle-class student population than the red-bricks. Indeed, students are often the first in their families to go to university. Many of them tell me of their love of watching telly with their grandparents, and most of the time they cite programmes on ITV: Corrie, The X-Factor, I’m a Celebrity, and… The Chase, though we also share a love for Countryfile and Antiques Roadshow. The sense of local identity (most feel strongly Northern, if not more precisely North-Western, and I am happy to say, most of them support Liverpool’s boycott of The Sun) is therefore deeply enmeshed with a sense of belonging to a working- or lower-middle-class community which is often experienced as inter-generational.

These demographics are not dissimilar, then, to how television often represents, what Bennett (2008) has called, an authentic working-class character. Bennett discusses this in relation to Alan Titchmarsh, the gardener-cum-presenter who gained significant prominence (and some notoriety) in the 1990s and 2000s. In an article which goes some way to theorise the television ‘personality’, Bennett highlights how Titchmarsh moved from a vocationally skilled presenter (famous for his knowledge on gardening) to a professional presenter (famous for being good at presenting). Key to this shift, in Bennett’s view, is the construction of the image of Titchmarsh as authentic and ordinary working-class bloke which is deeply enmeshed with his Northern accent, something that Bennett also points to in relation to Cilla Black’s professional skill. Bennett does not go on to question the term ‘authentic’ itself, and instead, drawing on Bonner (2003), Geraghty (2007/2000) and Lury (2005), highlights that this is a televisual construction, closely connected to the performance by Alan Titchmarsh as the television figure ‘Alan Titchmarsh’. Authenticity, then, is a performance and a construct, connected to ideas of an ordinariness represented by the working class in the UK that seems to be able to break through the polish and breeding of anyone of a higher social standing.

These ideas of ‘authenticity’ and ‘ordinariness’ are certainly also present in the responses of my students. What is interesting to note, though, is that their conceptualisation of his ‘authenticity’ is less connected to his class status – they do not relate to him because he too is marked as working-class, but, as one of them put it, because he is ‘crap at it [presenting]’. In part, this is to do with the fact that Walsh often seems to break through his role as presenter and laugh, somewhat inappropriately for a trained professional, at names that include a form of sexual innuendo as in the following video:

This and similar videos (you might also want to look for Fanny Chmelar – why is it always questions about German names?) have been shared widely amongst my students via Facebook and Twitter. According to them, it’s largely his infectious laugh and the fact that he doesn’t seem to be able to contain himself in these clips that makes them want to share them. In these clips, Walsh doesn’t come across as polished, but rather as an everyday joe, as – precisely – ‘authentic’. So it’s the fact that he isn’t professional in these moments that makes him come across as likeable.

This particular aspect of his personality (the fact that he breaks through his professionalism) perhaps requires further investigation, particularly in the light of current debates about the ‘problem’ of ‘professional politicians’, Trump’s puzzling success (he was the least qualified candidate of them all) and the outcome of the Italian referendum. All of these seem to be based around a deep distrust of any form of the professional (also mirrored in the dismissal of academic experts). It indicates that there is a continuation of desire for something that allows us to connect more directly to the personality and that requires the personality (the politician, the presenter, the expert) to foreground our common humanity, rather than our individual skills (and you might want to think about how this fits with Barack Obama’s popularity as president).

Interestingly, though, Bradley Walsh is also admired precisely for these skills. The fact that he is an all-rounder, ‘not just a one-trick pony’, as another former student put it, requires respect. He thus becomes exceptional, at the same time as he is relatable. This too, is an element that has been discussed in some detail before in the relevant literature (see also Ellis, 2007/1991). Much of this is based on the assumption that television provides us with something to connect to in our own everyday lives; it offers an extension of our world. As a result, it needs to remain relatable and at the same time present something extraordinary. Walsh seems to be able to combine these two aspects, and do this in a very relatable and non-threatening way. He might be a skilled presenter, actor and singer, but he also laughs inappropriately at jokes about sex. He thus combines the skills and old-worldly professionalism that the older generation is used to in their presenters with the ability to break through it with a cheeky, boyish charm that seems to appeal to my current and former students. As to me: he also is the British version of Jerry Orbach, the ‘dad’ from Dirty Dancing, the guy who had high principles, educated his daughter in politics and admitted when he was wrong. He thus presents a utopian patriarch who was willing to break open his power base in the name of change, while remaining able to stick to high moral principles which, in this world of complexity, contradiction and downright messiness seem to be disappearing by the minute. So, Bradley Walsh, signifier of so many things, what is not to like? 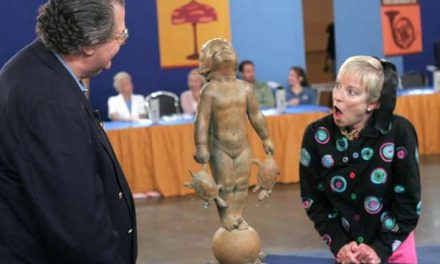 INTO THE WOODS WITH JOHN YORKE: TELEVISION AND NARRATIVE STRUCTURES by Christine Geraghty