So here’s a list of show titles for you: The X-Files, Twin Peaks, Prison Break, The A-Team, Hart to Hart, Gilmore Girls, Star Trek, Full House, and Magyver.  Looking at it, you might think that this was a catalog of DVD box sets or, perhaps, the line-up for another one of those cable channels devoted entirely to reruns.  In fact, all of these shows are currently in some form of production and are slated to return to television in the near future.  NBC is already showing another Odd Couple remake, and there are plansfor a small-screen version of Lethal Weapon as well.  There’s even a Fantasy Island remake in the works.  Now might be a good time to dig out that Members Only jacket, dust off some REM CDs, and get into some good old-fashioned nostalgia.

In a post from about two years ago, I said that we were approaching the end of the quality television movement and wondered where our TV screens might lead us next.   That end seemed to come with the Mad Men finale last spring.  In Don Draper’s vision of the Coke ad—that cleverly conceived absurdity, with the unreal (m)ad man imagining the choral celebration of “the real thing”—we  certainly might have heard the final strains of more than ten years of scintillating, cinematic, morally complex programming.   After so many bad decisions, unforgivable acts, and irredeemable anti-heroes (with Don as the last of them), maybe it was time, in Milton’s words, to move on to “fresh woods, and pastures new” (193).

The grass in those pastures, though, is looking more and more like an all-too-familiar shade of green—I wonder if a Green Acres remake is also on the horizon—and Don’s vision may have been more prophetic than we thought.  His future was our cultural past, an ad that already stands as part of our media history, but, if the shows on this list are any indication of a trend, television, in an attempt to revive or reinvent itself, may be going back to the past—ten, twenty, thirty years ago—to find some portion of its cultural future.

Of course, whether it’s the backdrop for a show like Deadwood or Downton Abbey, commodified in a car-insurance or fast-food ad, or conjured up through a reboot or remake, the past is always prologue or present on television.  As a self-referential medium, television paradoxically reacts to, rejects, honors, and perpetuates its own past through its programming.  According to Frank Kelleter, this constant acknowledgment of the televisual past is a necessity, particularly in American popular culture, as it helps to maintain a sense of cultural “coherence”: “each remake […] furthers the culture’s belief in its own existence and continuity” (38).  The past not only reminds us where we came from, but that we are and what we constitute.  Call it cultural insecurity if you will, but, through these repeated self-references, the medium, if Kelleter can be believed, establishes and recreates its identity.

Regardless of the cultural function that it might serve, however, this nod to nostalgia is still critically problematic, inasmuch as it suggests some inability, lack, or weakness, on our part as well as on the networks’.  Why do we need the past when the present should have more than enough to offer?  Why do we need Full House and Lethal Weapon now? Can’t we create something that is more meaningful and relevant to us at this moment in time?  In his book on The Small Screen, Brian Ott argues that nostalgia television is ultimately “rooted in fear—the fear of social change, the fear of new technology, and perhaps most of all the fear of loss, loss of innocence, harmony, and safety” (104).  We might welcome these offerings if for no other reason than to go back in time, on some level, and to escape the demands of an increasingly complex present.  Fantasy Island, an apt metaphor for television itself, could be an attractive option not only because it speaks to the wish fulfillment that makes us watch in the first place; by recalling the 80s original, even through the title alone, it may pacify those fears that Ott mentions by (re)connecting us to our pasts, or the illusion of them, and satisfying our own desires for youth, security, and simplicity.  And Magyver may solve more psychological problems for us in an hour by what he represents now than in his ability to turn a bar of soap and a stick of gum into a weapon.

As Ryan Lizardi suggests in his essay “The Nostalgic Revolution Will Be Televised,” this selective recall of the past is dangerous precisely because it is illusory: “remakes and other nostalgic television programming/advertising mark an individual and solipsistic yearning that is fixated on and focused through a mediated history by constructing our pasts as comprising only the constellations of texts we individually loved as children, [… taking] focus away from a comparative view of history” (37).  Understandably, the networks are talking about bringing back shows that were popular and/or had a cult following when they were on, and we could mistakenly view that past as the past, in its entirety.  If it looks better on television and through the cloud of our memories from where we are sitting now—and, as Mad Men demonstrates, that isn’t always the case—if even the hint of the past through the recycling of these older premises and characters seems appealing, then we might tune in as a way of deceiving and deluding ourselves, about what the past was and what the present is.  If the new conspiracy is just the same as the old one for Mulder and Scully or if life is still little more than a speed bump on the way to domestic bliss for the Tanners, we might interpret the present as nothing more than a slightly older version of the past, a neatly constructed piece of an impossibly seamless narrative, and relive it in our minds like Jack Torrance and those well-dressed ghosts at the Overlook on party night.

In spite of what this trend could mean for us culturally and/or psychologically, I don’t think that it’s part of some nefarious network plan to entrench us, literally, in some new (or rebooted) version of the Matrix.  Rather, this (re)turn to the past is more likely about the bottom line: viewers and ratings in an overcrowded television market.  With dozens of new shows and smaller audiences, how do networks and studios place their bets?  Where do they put their money?  Inasmuch as a new show might have a tougher time finding an audience with so much competition, a pre-existing series like The X-Files or Twin Peaks already has a fan base, one that would probably tune in as much out of curiosity as out of loyalty and dedication.  (I’m admittedly curious to see if Carter and Lynch can still make provocative television.)  Why create a following from scratch when you can have one ready-made?

As Josef Adalian points out, the announcement that a series is returning, in and of itself, could be enough to generate some buzz and bring in some ratings points: “even a rumor that a network is considering a reboot or remake of a beloved title can set off a social media (and traditional media) tsunami.”  If getting noticed is what’s important, then rebooting or reviving is a good way to get them talking on Twitter and of gauging audience interest long before anyone reaches for a remote.

Keeping viewers, of course, is the real name of the game, and, for all that the networks and production companies might gain early on, the track record for remakes and reboots isn’t that inspiring.  Remember Charlie’s Angels or Bionic Woman?  NBC just passed on a Coach revival, in fact, and Heroes Reborn has been struggling as of late against the villainy of cancellation.  Generally speaking, audiences are reluctant to accept the same shows with different actors over and over again—no need to stop me here, Dr. Who; I see you—and a show that ran its course in the past rarely returns to find renewed success in the present.  For every Battlestar Galactica or Office remake, there are scores of Knight Riders on the side of the road and Love Boats that unceremoniously sank.

(Even failure can’t stop the remake machine.  Knight Rider may be coming to the big screen.)

At the moment, the networks are the ones that are calling for this nostalgia, and the fear that Ott identifies might be their fear, the fear of the unknown.  If we are in the midst of some sort of cultural transition and if the television listings are a programming chaos, then the past may seem like an attractive option and an intriguing alternative for them.  This wave of reboots and revivals could also be a milestone marker and an attempt at coherence, as Kelleter puts it, before we move on to something else or find ourselves in the midst of some new variation.

Since these shows haven’t made it to television yet, we haven’t weighed in as to how much nostalgia we actually want or need, or indicated how we feel about these “pasts” as they will be presented to us.  But, even if all of these shows get cancelled, it won’t be the last of the remakes.   After all, as much as we might be able to escape the present by watching television, we can’t escape the past on it.

HOLDING ONTO AIR by Sean Redmond 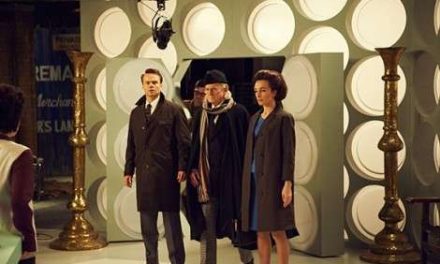 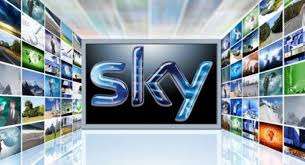