I’ve spent the last five months back in the US, thanks to a generous fellowship in Latin American Studies at Tulane in New Orleans. It was great to be in that wonderful, troubled town just when the Take ‘Em Down NOLA social movement of African Americans and their supporters succeeded in pushing local government to remove offensive commemorations of the Confederacy that had been erected as part of the backlash against Reconstruction and the triumph of Jim Crow laws and white terrorism.

During my time there, in addition to of course very important scholarly activities, I wanted to see what had happened to three of my favorite networks, Lifetime, Oxygen, and We, the major national stations dedicated to female viewers.

Lifetime is the elderly parent. It was founded over thirty years ago and commissioned sports coverage and original drama. Now owned by A&E (Disney and Hearst), it is returning to sports via women’s football but maintains its broad-based programming, including reality, made-for-TV movies, and series. Lifetime has either replaced or provided content for similar stations around the globe.

The basic orientation of the network has not shifted. That is not true of its competitors.

Founded by notables such as Oprah Winfrey, Paul Allen, and Marcy Carsey, Oxygen is now part of NBC and hence Comcast, the cable giant. Since the network began in 2000, it has been principally targeted at women. NBC bought it for close to a billion dollars in 2007.

What began in the new, naïve world of the cybertarian dotcom boom as an interactive channel, and one offering coverage of the Women’s National Basketball Association, soon changed to the banalities of reality programing. And once Oxygen had become a creature of NBC, it announced itself as a ‘haven for multicultural millennial women, with shows that reflected “how real women with real stories see the world—vibrant, optimistic and bold”.’ Uh huh.

Going home to the US I was astonished to discover that Oxygen, like several women-oriented stations, was now a crime network. Dick Wolf central, in fact.

Why? Ratings had tumbled. The tendency for subscribers to flee from their bulky cable liabilities was generating a niche approach to bundling channels because subscriptions and hence commercials were at risk from a-la-carte contracts. In response, NBC’s tactic was to rerun police procedurals and produce new reality crime shows, drawing on Wolf’s authorial signature and the lazy, easy, cheap world of non-celebrity reality television. The network’s slogan is ‘very real.’

Variety describes the network last month like this: ‘A teenage girl doused with gasoline and set on fire. A schizophrenic stalker. A month of programming devoted to crimes from the 1980s—nostalgia for the Night Stalker, Jeffrey Dahmer and the Green River Killer.’

And the programs announced for the coming months are equally uninspiring. But as NBC’s corporate shill gleefully put it, the ‘young, female viewership we have was really leaning into and getting fanatical about the crime shows’ . And when you see women ‘leaning’ and ‘getting fanatical,’ I’ve always found there to be just one corporate response: selling. In textual terms, NBC wants program makers to produce either ‘self-contained procedural unscripted bucket or major buzzy tentpoles.’ I do love private language; don’t you?

Meanwhile, for me, this meant watching the network’s reruns of CSI and NCIS, because I like ensemble casts of well-paid actors, expensive location shooting, high-level scripting and editing, and character development. But that’s not what we’re being sold, as the network’s YouTube channel makes obvious to those living elsewhere.

For its part, WE Tv started twenty years ago as Romance Classics, and, like its current owner AMC, in those days, you could enjoy it minus commercials. Very heaven. WE: Women’s Entertainment became the name in 2001, and advertising was its norm. Reality programs soon took over—the surviving one today being Braxton Family Values. The look is designed to appeal to African-American and white women.

AMC’s wonderful 2014 press release lets us in on the geniuses behind the network with these powerful words:

WE tv today unveiled bold new branding that reflects the network’s broader focus on the communal power of “WE” in a connected and social world. While it will remain a leading destination for women on television and online, WE tv has officially dropped the word “women” from its name and will focus on the broader and universal implications of the word “WE” as it continues to expand and redefine its compelling mix of programming and innovative digital extensions.

“When we looked at our name and brand, we realized instantly that the word ‘WE’ is an ideal reflection of the socially networked world we live in today,” said Marc Juris, WE tv president. “The idea of ‘WE’ as all of us—sharing common interests and experiences—is a powerful and universal theme which drives connection, conversation, collaboration and community. It creates an ideal platform to position the network at the center of the rapidly evolving multi-screen universe.”

Like Oxygen, WE is successful in attracting the women whose attention it sells to advertisers; the new strategies are very successful.

So my return to the US took me back to one similar and two vastly-altered networks for women, just in the three years I had been gone. The lessons?

I suspect there are three: continuity works for well-established market leaders; criminality continues to absorb and fascinate the female as well as male audience, as it has dating back beyond the first films to the first tabloids and dime novels; cable stations are looking to identify themselves ever more with very specific viewers; and reality TV and syndicated, stripped reruns are really easy ways to, you know, make money. 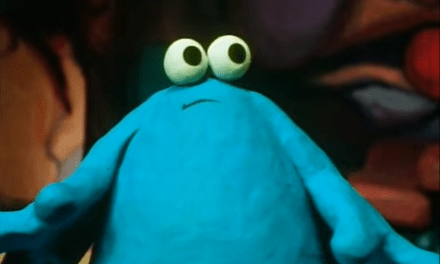