Just before Christmas I was suffering from ‘Flue, we had just lost our third pet in a year and I was not at my best in a number of other ways. I arose from my sick bed mildly feverish by then and sought comfort in Television Drama. Not just any drama, but Doc. Martin (Buffalo Pictures for ITV, 2006-) for me the ultimate comfort television. It’s a quality and use of TV drama that is rarely discussed in academic discourse (see Doug Howard’s blog on ‘Predictability and Re-runs [13/12/13]). There is reference in Uses and Gratifications theory, where it is largely seen as an unfortunate prop for viewers, and certainly is has been discussed in some writing on PSB, where it is most often seen as suspect and likely to lead to commercial television consumption or the diminution of the PSB project. Though Ralph Negrine merits a mention here (1994) in his book Politics and the Mass Media, he makes a very early counter to seeing PSB as simply a system to uplift the public. That he suggests Minder as equally meriting our attention as a Shakespeare adaptation does date this a little, but the point is well made.  In Critical Studies in Television, the journal, it has been discussed, tangentially, in the very useful ‘Invisible Television’ issue. (Vol.5,1, 2010) And yet is this not, very likely, the way that much television is consumed? Watched at the end of long and trying days whether at home or work. The discussion about the value of such programming has come to the fore in the Charter renewal debate for the BBC, but largely around Light Entertainment and Reality Craft shows, as I think of them. So, much criticism of Strictly come Dancing and The Great British Bake Off and derivatives, but little mention of popular BBC dramas such Death In Paradise, Call the Midwife or Casualty.  Instead this discussion has largely focussed on the market failure approach to PSB, rather than say just simply a puritan view that public money should not be spent on making people feel better! For those familiar with the U.S. model of Public Television, the PBS system, this serves as a dire warning of what UK Public Broadcasting could look like. (Much though I admire many local stations’ output, it is only occasionally comforting.)

So what might Comfort Telly look like and what are its merits. I went on to view two slightly contrasting dramas , Picturing the Past and Relative Strangers – both written and directed by the authorial figure of Stephen Poliakoff, and over the Xmas period Dickensian, a creation of Tony Jordan and oh that writer fellow….Dickens. At first sight these might look like very diverse programmes and pleasures and indeed simply rely on my taste for selection. However, I began to think about their similarities as well as their differences. Since I teach British TV Drama, I immediately looked at some of the approaches we use  – Quality Drama, National Drama and Authorship.

Quality Drama is usually seen as at least a mildly derogatory term, as John Caughie points out it may be a signifier of the mediocre and unchallenging as much as the money on the screen. Most famously, Charlotte Brunsdon’s 1990 seminal article, ‘Problems with Quality’, in Screen points to casting, heritage export and the middle class values that the money on the screen may be utilised to convey. (This last one too complex to deal with in a blog piece, and I apologise now for the reductionism.) Doc. Martinlooks to be the odd programme out here in my trio, since it does not have heritage and not a cast one would expect to attract international recognition. Dickensian looks like it has quality written all over it in these terms, but, a closer actual viewing – and I emphasis this here because we know that quite a lot of non TV studies writing does not involve a close viewing – throws up quite different values, or at least the possibility of reading these off the drama. In fact, its contemporary nature only became clear to me once the Dickensian character spotting died down. A London divided by wealth where rich and poor live next to each other, where life opportunities are vastly different, where smuggling is rife and gangs make use of children as harder to spot and arrest.  One could create a much longer list. For the Poliakoff dramas, it is not so much the setting as the array of acting talent on show and possibly the middle class, and media, concerns that are discussed that grabbed me.

Doc. Martin again stands out as non- authored drama, or at least one in which authorship is not prominent. This is typical of the drama series and as Michael Winterbottom pointed out as long ago as the late eighties (in a chapter on Minder in the very useful Made for Television: Euston Films Limited), this is not surprising since the writer is not the constant figure in the process. It is much more likely to rest with the producer, the crew and the leading actors. That quality of writing can simply be assigned is dangerous – I try to illustrate this in class by looking at daytime drama and asking students to find a way of evaluating the difference in writing without reverting to statements of taste. None the less, to contradict myself, there is something in the quality of Poliakoff’s writing that in the two examples I watched – thanks goodness for box sets! – I found reassuring and engaging. Likely this is based upon taste and experience, I might feel like Timothy Spall’s character in Picturing the Past at times and I come from, on my Father’s side, a  large nouveau riche family where I feel a little like the Hillingdon contingent – the outcasts of the family – at any extended family gatherings. (Relative Strangers)  Dickensian is jointly authored, in terms of its promotion, between Tony Jordan and Charles Dickens, but is actually written by a whole host of writers. (Albeit working to Tony Jordan’s overall plan, I am sure.) That Jordan is still best known for jointly creating EastEnders overlooks a long career, but might well colour attitudes to him as an authorship figure, for some.

In terms of National Drama, John Caughie makes the point (2000) that this is one of the very real problems of looking at TV Drama, that until recently it has been the product of National, PSB systems.  He contrasts this with film which despite numerous attempts at establishing National cinemas is still amenable to a common critical approach. In the last twenty plus years, one could argue that these are dramas with one eye on the requirements of the various PSB charters concerns with representing National culture and on the other with commercial arms waiting to sell them across the globe. (Actually to return to Minder, this has a longer history at Thames.) I would argue that there is comfort in this, but not necessarily an easy comfort. Doc .Martin might look like the drama of re-assurance writ large, endless sunny Cornish days, disputes and problems that can be resolved, friendly and quirky characters. But, as I watched it struck me that the lengthy narrative about the central relationship between Martin (Martin Clunes as the village Doctor) and Louise (Caroline Catz as the village school Head Teacher) is not just a comforting one. It starts in Rom com fashion, they like each other so what will keep them apart. But, once together many problems emerge, not least in Martin’s character, and they split up, debate childcare and try to maintain two careers whilst having a child. So far, so regular drama. What makes this inherently different, I think, is that much of the rocks upon which their relationship founders are a number of Martin’s personal past and issues. This is not therapy TV by any means, but the male character is vulnerable and the male lead does not have a clue. Perhaps not simply a feminist drama, but more complex than one might expect. So whilst all of this is played out against a cosy Cornish backdrop, in the foreground all is not well.

Finally, I would point to the greatest comfort and pleasure in all these cases, the acting. Only recently have some scholars started to concentrate on Actors and Acting in our Field – Stephen Lacey, Derek Paget and, of course, CSTOnline’s current blog series – ‘What Actors Do’ by Gary Cassidy and Simone Knox – amongst others. This is extraordinary when one considers that the signification of meaning in so many Television dramas, in contrast to some more visual driven films, is carried by performances. That I sit and watch television with my wife Rachael, actor trained and with stage experience, probably colours the way I watch. In this sense, I think one can see a unity between my three examples. In Doc. Martin, Martin Clunes’ performance and Caroline Catz’s are central to the drama. It is not that others are not able and important, but without their playing the drama falls flat. In the Poliakoff dramas, over and above the writing, it is Timothy Spall, Lesley Duncan, Michael Gambon and Matthew MacFayden that entrance and hold the attention. (Not to mention a very young and able Emilia Fox in Picturing the Past.) But above all, Dickensian offers up a groaning Smorgasbord of actors, most well-known, many carrying interesting intertextual references with them.  How to evaluate the pleasure of the performance? I am not sure but thinking about this. Is it just taste, is it received wisdom – e.g. Gambon is a genius and if you don’t recognise this you are an idiot.  As we saw in part of the success for The Fall, in the case of Jamie Dornan, is it just attraction? Probably all three and more, I’ll enjoy trying to research this further. In the meantime pass the biscuits, there’s a repeat of Lewis on ITV 3.

Tom  Nicholls is a Senior Lecturer in Media Theory. Initially trained as  Photographer at Birmingham School of Photography his teaching and  research interests have gradually migrated to moving image critical  theory over the last twenty years, teaching Film Studies and  specialising in Television Studies more recently. He has worked on a  number of research projects – the influence of Catholic culture on  writers of political, television drama, a small scale study of the North  Dakota PBS station, Prairie Public and a case study of the Channel 4  sports programme, Kabbadi amongst others. These have led to numerous  conference papers most recently on Prairie Public Radio’s presence on  the internet at the R.I.P.E. conference in Mainz, 2009 and on a research  project on theory seminars on media programmes at the Media Education  Summit 2010. Past experience includes work for the British Film  Institute, Skillset, the QCA, ,and UCAS. Together with co-running film  workshop programmes and curating the Film festival for Malvern Fringe  Festival. 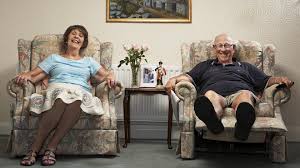 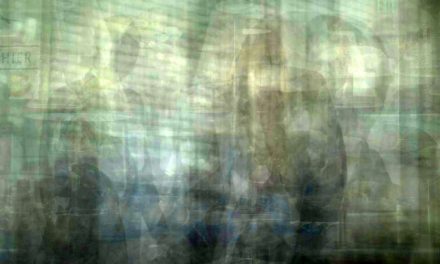 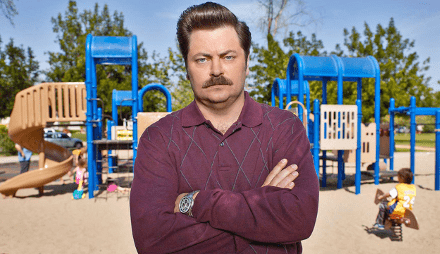