In light of the recent furore regarding Jamaica Inn (BBC, 2014), this week’s piece takes a look at – or a listen to? – the actor’s voice on television, and how its production and delivery has altered over the years. For those who missed it at Easter, the BBC’s adaptation of Daphne du Maurier’s novel was roundly criticised by press and public alike for the unintelligibility of its cast; a problem which the Corporation initially attributed to defective sound recording levels after the transmission of episode one. Promises were swiftly made to rectify this ‘fault’, but by the denouement viewers had switched off in their millions as a result of what it had now been decided was the real issue: ‘mumbled’ lines and dubious Cornish accents. Having watched the opener with my parents – and therefore with subtitles – I wasn’t initially aware of the audio problem; it seemed a little quiet, but I was able follow the (admittedly somewhat slow) action without any problems. Only when I tuned into the second instalment, back home in London and sans subtitles, did I realise the extent to which I had been relying on the written text on the screen.

Say what? Sean Harris, as Joss, was criticised for his vocal delivery

The problem of a modern generation of ‘mumbling’ thespians was highlighted by BBC Director General Tony Hall last summer, when he opined that actors not speaking clearly enough was ‘something I think we could look at’. In particular, charges were levelled against performers versed in the ‘Method’ school of acting. This is a somewhat lazy yet quite common perpetuation of long-held misconceptions regarding the performance style popularised by the Actors Studio in New York, and conflates its aim of psychological realism with the individual performance style of the actor most frequently cited in association with it: Marlon Brando. Brando was a Method actor (though in fact he disliked being referred to as such). Brando mumbled (to varying degrees) in some of his most famous screen performances. Ergo, Method actors mumble.

We needn’t trouble ourselves unpacking that particular myth here. However, it is clear that the complaints made about Jamaica Inn in fact address three main areas of concern regarding actor voice on television: diction (clarity of speech); projection (audibility); and accent.

Each of us has an accent, of course, and regional variances mean that the pronunciation of someone from another part of the country can sometimes sound quite alien, particularly when dialect comes into play (the use of speech patterns, words and expressions particular to that locality). I can still recall being bemused by the first series of Auf Wiedersehen, Pet (ITV, 1983), whose cornucopia of voices from north of the border (and even as far down as the Midlands) initially made little sense to someone who had never ventured as far afield as Newcastle. It seems I was not alone; even today, amazon customers are still posting complaints about the lack of subtitles on DVD versions.

The fact that most dictionaries include the phonemic spelling of a word alongside its definition would seem to imply that a ‘correct’ pronunciation exists; the spoken version of the Queen’s English, which will inevitably be affected by individual accent. This ‘correct’ pronunciation is usually referred to nowadays as Received Pronunciation (or RP), but used to be more commonly known as Standard English. For anyone entering the profession in the 1950s, this was something that had to be attained if they wanted any chance of a career. Regional accents were regarded as an evil to be obliterated, as former Webber Douglas student Moray Watson explained when I interviewed him in 2010: ‘… everybody had to get rid of their dialect, whether they were from the north, Wales, Norfolk, everywhere; which of course in a way feels terrible now… I’m afraid, as a public schoolboy … there was nothing [for me] to get rid of because I was – what do they call it now, RP?’

The violence done to young actors’ natural speech patterns seems reprehensible indeed, and Watson’s apologetic manner illustrates the extent to which attitudes have now changed. The beginnings of this shift can be traced as far back as 1955, when John Fernald took over as Principal of the Royal Academy of Dramatic Art. While students were still required to master Standard English, aspiring thespians including Tom Courtenay, Albert Finney, Alan Bates and John Thaw were also encouraged to retain and make use of their original, authentic accents, as and where suitable; a development which coincided with the rise in social realist/kitchen sink drama in theatre, film and – eventually – television.

Fernald’s approach would seem to encapsulate the best of both worlds, leading to greater flexibility – and authenticity – on the part of performers. Problems would only arise, it might be argued, when an actor was required to produce an accent that was neither Standard English nor their own, in which case either a natural ‘ear’ – a talent for mimicry – or the services of a professional voice coach would need to be called upon. We can probably all recall examples of mimicked accents ‘gone wrong’; my personal bone of contention with the otherwise excellent Frasier (NBC, 1993-2004) was the extremely dubious range of ‘British’ accents it offered up over the years; all the more remarkable given that two of its lead cast, John Mahoney and Jane Leeves, originally hailed from these shores. Leaving aside Leeves’ often variable accent, the programme usually hit a low whenever Daphne was visited by anyone from ‘back home’ in Manchester. While the range of dialects on display when her supposedly Mancunian brothers showed up was improbable, to say the least – ranging from cockney to Glaswegian – my personal nadirwas ex-boyfriend Clive, whose unexpected arrival in ‘The Two Mrs Cranes’ saw US actor Scott Atkinson putting even Dick Van Dyke in the shade for tortured English vowels.

Clive of Manchester? From Scott Atkinson’s performance, it was hard to tell.

British actors have been equally guilty of failing to master a transatlantic drawl, of course, David Tennant recently receiving critical censure for his ‘curious’ vocal work in Gracepoint (Fox, 2014). In recent years the attitude has arisen within the profession that, if a particular accent is required, it might perhaps be better to employ someone who already possesses the desired voice; the vocal equivalent of typecasting. While there is a certain logic to this – as one actor I spoke to put it, ‘there’s no real point in casting someone who is trying to do a Birmingham accent when there’s two thousand actors from Birmingham out there’ – it would seem to curtail the full range of the actor’s craft, and in the case of a period drama like Jamaica Inn one has to wonder how many authentic 19th century Cornish pirates are to be found in the Spotlight directory.

Perhaps more directly relevant to Jamaica Inn’s failings are the issues of projection and diction: the ability to be both heard and understood. These are areas which have formed a joint focus – along with movement – of British drama training since the Academy of Dramatic Art (now RADA) was formed in 1904 (though, oddly enough, founder Herbert Beerbohm Tree was often criticised for his thin voice). Even the most respectable-sounding of Standard English speakers would be required to master the art of making their voices heard at the back of a theatre auditorium, without seeming to shout or strain, or tripping over their words (a skill that might also prove useful for university lecturers and seminar tutors). At a time when stage work formed the bulk of an actor’s repertoire, this was a basic prerequisite. Even by the 1960s and 70s, when repertory theatre was in decline and television had become a more constant source of income, the boom microphones utilised for multi-camera studio recording required a (suitably adapted and scaled-down) form of projection; part of what I have elsewhere termed ‘studio realism’.

Today, however, while the boom still plays its part, the increase in location filming, hidden (and extremely sensitive) radio microphones and ADR (automated dialogue replacement, or additional dialogue recording, depending on who you ask; basically, post-production dubbing or ‘looping’ of lines) has resulted in more minimal projection of the voice. While this suits the modus operandi of ‘location realism’, the risk is that actors now do too little to project; hence the Jamaica Inn brouhaha. At the University of York’s ‘Playing the Small Screen’ symposium in 2012, recent graduates Naomi Sheldon and Jack Farthing spoke of the fear they’d had instilled in them at drama school of making their performances ‘too big’ for television – and then discovering, once small screen work had begun, that a degree of projection was in fact still necessary in order for their performances to be read. While the actors in question were speaking of television acting in general, this point clearly also relates to voice, and in particular the perceived shortcomings of Jamaica Inn.

In the future, it would perhaps be advisable for TV producers and directors to tailor performances specifically for their intended audiences. What has always struck me about shows like New Tricks (BBC, 2003- ), for example, is that their actors know at what level to pitch the projection; the programme’s cast of ‘old hands’ are experienced enough in terms of television work to know what can be seen and heard on the screen, and, given that a large section (though by no means all) of their audience are of middle age or advancing years (and I include myself in that demographic), this seems eminently sensible. While I instinctively distrust the market research-driven approach to television production, some form of road-testing might even be desirable. Which of us wouldn’t jump at the chance of being given free previews of exciting new shows, without having to yomp all the way to the BFI? 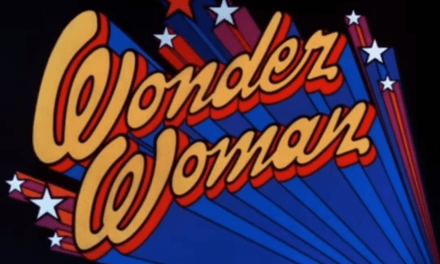