My front-runner status to be the next Chair of the BBC Trust has been jeopardized, thanks to someone named Sebastian Coe (Lord Coe to his friends). Casting around for an explanation of this otherwise incomprehensible news, I have rejected obvious reasons, such as his being a former Tory Member of Parliament and a world-famous athlete who presided over the 2012 Olympics.

I think Coe’s late run on the rails is due to state opposition to my veganism: he told the BBC it’s a ‘very meaty job’. I urge my supporters to redouble their efforts and intercede with the British government. Together we can get there. I just know it. See more below.

TV manufacture is undertaken in northwestern maquiladoras, with components imported from San Diego, the Federal Republic of Germany, Japan, the Republic of China (Taiwan), Malaysia, the Republic of Korea, and Thailand. So high value is created elsewhere. Dangerous, dull, and poorly remunerated work is done in Mexico.

But lower wages, energy costs, and taxes made East Asian nations competitive. Whereas Mexico accounted for 30.42% and China 18.5% of television-set and video-equipment exports to the USA in 2002, by 2006, the proportions were virtually equal (35.07% compared to 34.76%). Then the global recession slashed employment and investment. The nearly two hundred companies that assembled electronic equipment in Mexico decreased production by almost 40% from 2008. The maquiladora slide slowed as firms cut time wasted exporting parts and importing sets across the Pacific, but this did not completely restore pre-recession production or jobs: 144 plants closed in the twelve months to October 2009; 122 new ones opened.

It’s not as though labor costs were ever high. Maquiladora wages consistently declined from 1993 to 2006, and productivity increased. Two full-time workers in a Mexican plant receive just two-thirds of the pay needed to support a family of four, prior to medical and educational expenses, and employees are denied collective-bargaining rights and legal protection of privacy, health, and safety. Workers who make TVs can’t afford to purchase them—flat-screen sets cost less in San Diego than in Tijuana, because tariff-free manufactures there are strictly for export.

Women are at the forefront of the TV labor process in maquiladoras. Human Rights Watch surveyed the numerous gendered assaults and discrimination they suffered in 1996, and matters haven’t improved. The Centre for Reflection and Action on Labour Issues interviewed thousands of people in 2008 and 2009 across the electronics sector, disclosing systematic sexual harassment. And female employees are routinely classified as “temporary” so companies can elude regulations and deals that govern full-time labor. There is citizen activism on this score, notably Las Voces de la Maquila, the Colectivo Chilpancingo Pro Justicia Ambiental, the Environmental Health Coalition, and Greenpeace.

In short, the future looks rosy for set production in Mexico, if not for those who do it. Further north, the manufacture of televisions in the USA ended twenty years ago, as the free-trade deal with Mexico and the emergence of China took their toll. But secondary industry in general is predicted to return to the US. TVs are being made, alongside specialized componentry, notably organic light-emitting diodes, which facilitate ‘credit card thin, ultra-lightweight, bendable, and even see-through’ sets.

And Mexico? In keeping with Constitutional guarantees, it just did a smart thing: with the advent of all-digital TV, the government will give low-income citizens new sets. Now that’s the kind of public service television we can all admire.

If appointed as Chair of your BBC Trust, I undertake to follow this example.

Toby Miller is 20% a Professor of Journalism, Media and Cultural Studies at Cardiff University/Prifysgol Caerdydd and 40% the Sir Walter Murdoch Professor of Cultural Policy Studies at Murdoch University. He can be contacted at tobym69@icloud.com and his adventures scrutinized at www.tobymiller.org 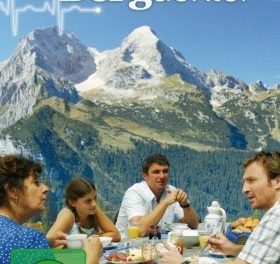 IT’S A FAMILY AFFAIR: GERMAN MELODRAMA AND THE EVIDENCE OF SOCIAL ANXIETY by Elke Weissmann