I’ve been trying to answer this question by turning to the morning papers. That’s assuming the phrase ‘morning papers’ is not a homonymous typo for ‘mourning papers.’ The Global North is obsessed with pronouncing the end of the medium, even though this is actually a boom time for the industry because of the growing number of dedicated readers in the Global South.

In any event, what do the papers say television is?

The one that used to be called the Manchester Guardian but is now the Grauniad, of London, New York, Sydney, and counting, thinks television is about promoting and reviewing programs. That means telling readers what shows are about and whether they are good, either via the privileged ear of the interviewer or the acerbic eye of the critic. It is largely nationalist in its orientation—if you’re not in English and on ‘our’ screens, you don’t matter.

Spain’s El País, which is also published across the Americas and Europe in a global edition, is much more catholic, if you’ll pardon the phrase, in that news can actually be made in different languages and states; but El País, too, thinks TV is largely about programming.

Le Monde subsumes TV under ‘culture,’ quite rightly, though its themes are akin to the rest. The New York Times is sufficiently anachronistic to include ‘local listings.’ How quaint. But again, its stock in trade is promotion and critique.

Mexico’s La Jornada, favored organ, so to speak, of the Zapatistas and reported to be the recipient, like the New York Times, of money from the world’s richest person, Carlos Slim, mostly addresses television as an object of news. It stands out in this group.

My far-from-random sample suggests that what we receive when we open our daily paper (it’s fun to use these slightly anachronistic haptic terms, isn’t it?) is quite old school. The norm is clear: critics write celebrity profiles or watch programs before we can and offer us a guide to them.

Meanwhile, somewhere across town, in the world of industry gossip, industry professionals are being told: “Don’t Junk the TV Set Yet”. The column confirms what we all know—most people in the US and other countries watch TV in the way they have always done: on a set, in a room, and at the time when a program is broadcast. This is, as usual, mentioned as if such facts were surprising.

Rather than talk more about viewing patterns and cybertarian fantasies, I’d like to focus on the arrogance behind that word ‘junk.’ This isn’t to attack the author using it in this case. It’s to talk about a particular intellectual practice that is commonplace across both the bourgeois media and academic life, as Richard Maxwell explained to last month’s International Association for Media & Communication Research conference in Dublin. He was critical of the metaphorization of the environment, as per Marshall McLuhan’s acolytes in media ecology.

Why? Because we need eco-materialist analyses of the media. I’ve already banged on about this in a previous column, and he and I write about the crisis each month for Psychology Today. So I’ll spare you the data on the labor exploitation and environmental degradation caused by the creation, use, and dumping of television sets and other cultural technologies.

Let’s return to the Grauniad. In addition to television public relations and reviews, it features three related segments that stand apart from one another. One is on technology, the second society, and the third environment. The first describes developments in TV sets and their relationships with other media. The second explains issues for workers and citizens living under capitalism. And the third summarizes scientific findings and political debates. In short, the tech part is unbridled fandom, the society pages unbridled liberalism, and the environment journalism unbridled anxiety.

They don’t speak to one another as they should. The consumerist appreciationism/pub gossip of technology and television criticism is socially and environmentally irresponsible and reductive. The serious tone of their society and environmental equivalents lacks articulation to communications technologies as objects of work and leisure.

These sections belong together. Because TV should be understood by the people who regulate, manufacture, buy, watch, dump, and recycle it in terms of the medium’s labor process, environmental impact, and textual pleasure. We need everyone involved in television to think about their fellow workers, whether they are governing, creating, consuming, or trashing it. Otherwise, the eco-crisis of labor and planetary exploitation unconsciously signified by the question of whether to ‘Junk the TV Set’ will come to dwarf the question ‘What is Television?’ 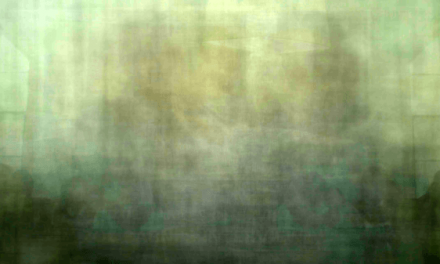 THE STATE OF THE AMERICAN SITCOM (III): THE BIG BANG THEORY by David Lavery