For those of us watching on this side of the Atlantic, the end is now very nigh for Nashville, ABC’s female country music ensemble drama. With The Good Wife already finished for another season, More 4’sThursday night America drama slot is going to leave quite a gap in my TV schedule. So as we say goodbye (for now) to these women characters, it’s worth pausing to consider why Nashville  has managed to command attention from US and UK viewers, many of whom had precious little fondness for Country and Western music before the series began. Certainly when I first saw the trailer, I thought of 1980s Dallas-style melodrama in too much rhinestone and cowboy boots with frequent renditions of Tammy Wynette’s classic, ‘Stand By Your Man’; possibly country music’s most anti-feminist song ever.

Now to be fair, all these elements do appear at points but chief amongst Nashville’s appeal for me is its compelling narrative structure combined with strong professional female leads around and between whom the plot develops.

Music making and the highs and lows of the recording industry are central to the show for sure and that’s why the husband and wife combination of Callie Khouri (who also directed Thelma and Louise) and T- Bone Burnett (who produced, amongst others, for k.d.lang, the woman who surely made us realise that country had complexity) works so well in marrying the televisual and the musical elements. But Nashville is not Glee for grown-ups – the singing is integral to the character’s professional lives, the legendary city in which they live, and the nuanced emotional development of the relationships.  Or as Connie Britton (who plays fading star, Rayna James) says, ‘ it’s not like we suddenly break into song…Every song you see is something that you’re hearing performed live or you’re watching a character write the song or hearing it on the radio’.

That narrative cohesion provides a rationale for much of the action and helps anchor the multiple storylines. It also allows for the combination of realism (Rayna ends up on tour with her young rival, Juliette Barnes played brilliantly by Hayden Panetierre because her family finds itself ‘cash poor’ and neither her tour nor her records are selling) with good-quality soapy melodrama, as exemplified by the wonderfully cutting encounters between the two women on their first encounter. ‘My mama was one of your biggest fans – she’d listen to you while I was still in her belly’ says Juliette to the 40 something star. Rayna’s reply is aimed at the youngster’s breasts as much as her ears:  ‘Why, bless your heart. You’ve got to go on stage soon and I’m sure you want to make sure you got those girls tucked in real good.’

Southern drawl aside, this really isn’t a million miles from Corrie and its ability to serve up conflict between women of different generations who are adamant that they will find a place for themselves in the world whether the world likes it or not. Perhaps it is because British soaps are as comfortable with placing these conflicts in women’s workplaces (shops, pubs, hairdressers) as in the home that I disagree with Claire Miye Standford’s argument  that ‘even though Nashville is billed as a primetime soap, it is much better described as a workplace drama, where the workplace is the country music mainstage’. Nashville’s melodrama precisely stems from the excess of women’s creative and professional hopes and the reality of the industry (and life’s) limitations.

Rayna and Juliette regularly take on their male music managers and record labels and while they don’t often win, the fight binds them together as women dedicated to their art and to their own creative vision. Herein lies the show’s delicate balance of subversion and conservatism – the cultural industries are exposed as manipulative, patriarchal and commodifying but the answer is a more confident insistence of personal vision. What stops this from being just another romantic tale of American individualism is the fact that success actually stems from the women working together. While Rayna and Juliette bow to their label’s insistence that they go on tour together, they find new audiences because of their joint venture. This is epitomized in their co-written hit, ‘The Wrong Song’ which they perform together on tour and which overtly refutes traditional country expectations:

You’ve got the wrong song

It’s this devil-may- care don’t- take- me- for granted attitude that makes Nashville’s stars such a pleasure to watch and why I’m so pleased ABC is picking it up for a second season.

So in their different ways, both The Good Wife and Nashville series exploit television’s capacity for character growth – and the longer term relationships which audiences can then build with the women we get to know over so many months. It’s worth our remembering just how much these dramas owe to soap opera’s long-form narrative structures and investment in female representation even as many involved in them (and in writing about them) want to disavow ‘soapy’ elements. In a passionate plenary with Charlotte Brunsdon and Vicky Ball at the recent TV for Women conference, Christine Geraghty urged feminist TV scholars to remember the groundbreaking work done on soap opera in the face of so much discussion of ‘quality’ US drama that seems to claim masculine long-form narrative as a groundbreaking and unique creation. It’s as if the feminised genre needs to be cast off for ‘quality’ drama to exist when in fact the two have closely entwined histories and concerns. It is the time these TV narratives can take, especially in US long seasons, that means we can travel with a character like the good wife, Alicia Florrick (Julianna Margulies), from her first stunned exposure to the truth of her husband, Peter Florrick’s (Chris Noth) scandalous affairs with prostitutes to her being set in this season’s final episode to jump ship from Lockhart Gardner, the firm and ex-lover who gave her a job when Peter was imprisoned.

In between, it is the tension between loyalty and independence, between not wanting to make the same mistake twice and recognising the possibility of redemption that animates Alicia’s personal narrative as it unfolds alongside each week’s courtroom drama.  In this feminised version of the American dream, a privileged heterosexual white woman can make it on her own terms without being cast as villainous, temptress or bad mother (though Alicia does sometimes castigate herself as such). And while Alicia is the programme’s star, her legal life also takes us into a workplace where there are plenty of other independent professional women forging careers that aren’t made secondary to the narrative of their love lives. Professional women and their life stories have never been so visible on our TV screens.

Ruth McElroy is Reader in Media and Cultural Studies at the University of South Wales where she is also Co-director of the Centre for Gender Studies in Wales. She is co-editor with Stephen Lacey of Life on Mars: From Manchester to New York and is currently working on an edited collection on contemporary crime drama on UK screens. Ruth’s next project will be an examination of the TV writer, Sally Wainwright. 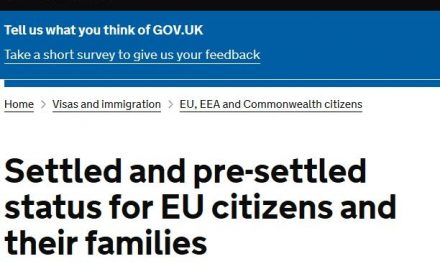 IN SCHMEXIT WONDERLAND: A MERRY CHRISTMAS FROM AN EU27 HIGHER EDUCATION (AND NHS AND SOCIAL WORK) WORKER by Elke Weissmann