I am often asked for my recommendations on what works in terms of teaching television at HE level. It’s not exactly the right time of the academic year for this, but here are some of the things I’ve learned from teaching television on undergraduate degree courses in the UK over the years. I am sure many of those reading will have come to at least some of the same conclusions, but for those new to designing academic modules and programmes this may offer some insight into how it works, and how it can fulfil the academic regulations and the demands of the system, while genuinely benefiting students and indeed the staff teaching. I have adopted a ‘Dos and Don’ts’ approach for clarity, though what I say is not meant to be prescriptive or restrictive, and the questions posed are intended to indicate various potential approaches. And, of course, I have learned many of these things by doing the don’ts. 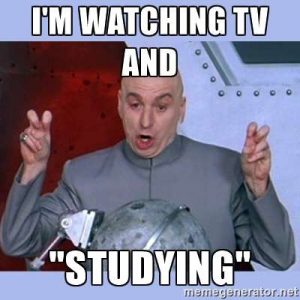 Perhaps we’re all guilty of this one but if you are teaching an introductory first year undergraduate TV module don’t use it as an excuse to only talk about all your favourite shows. At the very least, you’ll be disappointed when the students dismiss, disrespect or otherwise slate your latest obsession. Be aware that the taste of TV, film and media scholars (students and staff) is not the same as the taste of ‘regular’ viewers. Soap opera, reality and lifestyle and daytime television are all still staples of television even if the students—and you—don’t watch them. We expect them to do their homework (see 2 below) and we should also do ours. If it’s a survey course, make sure it covers a good range of fiction and non-fiction television, popular and maybe more niche offerings. Think about whether every session needs to be tied to a particular programme, or whether there are other ways to structure the module. I recently reworked a second year Television Drama module to include sessions on soundscape, music, subjectivity, authorship that were picked out by students for positive comment in their module evaluations.

If your university allows timetabled screenings outside of class time then use these judiciously. If not, consider how much TV first year, second year or third year students might be prepared to watch as homework. Can you balance homework viewing with homework reading, maybe alternating between them? Is all the material you want students to watch readily available? Is it unethical to encourage illegal downloading?

If the module or unit is part of a larger undergraduate programme or programmes then consider how it is positioned in terms of progression and development of knowledge and skills. As noted above, a given module need not be organised around specific programmes, but can cover channel families, branding, advertising and marketing, production, creation, transmedia, remakes and reboots, celebrity, aesthetics, interstitials, regulation, funding, platforms, viewing habits and many more relevant topics. It’s not necessary to get ‘everything’ in and students often benefit from a balance of range and depth. Making connections between modules and levels can encourage students to follow their interests, and demonstrates that there is always more to examine.

The longer I teach TV modules at my institution the more I realise how different my viewing habits are to those of standard age students, even when we’re watching the same content. After all, I can remember when there were only three British TV channels. In recent years I have used this to encourage debate and discussion about marketing, audiences, viewing, streaming, and the context/s of TV. One of the assignments I set for first year students is a Reflective Television Diary where the first ‘entry’ is to log their viewing for a week and analyse it. Not only does this give you an insight into what the class is watching and how diverse this might be, it also engages the students in thinking more critically about their own TV viewing, which they often dismiss as not very serious.

It can be tempting to focus on the new stuff, especially when students are resistant to watching older material which can be dated and clunky. But showing where some of that new stuff comes from is a good way to get classes thinking about the evolution of television formats or genres, and the production processes of conceptualising, pitching, commissioning, writing, marketing and so on. Consider pairing up more contemporary material with older examples (Boys from the Blackstuff and Shameless worked well for me a few years ago). 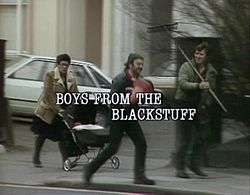 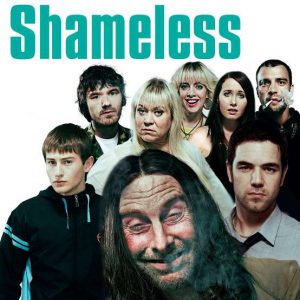 My current first years suggested that I produce a ‘further viewing’ list to give the keen students some direction. This is evolving as a list of ‘if you liked this you might like this’ where I try to suggest older/ newer, more serious/ more comedic, less successful, more stylish, less high-budget, non-English language examples.

I teach production students as well as ‘theory’ students. Where are the students coming from? Where are they going? It may be more important that they know about channel branding than how to write a psychoanalytic critique of Breaking Bad. Catering to mixed classes that might include younger students coming from school or college, mature students, and international students can be challenging but all have different perspectives to bring to discussion. Likewise, all have existing strengths that they can build on and develop. Employability is increasingly high on the agenda of UK universities but the media sector is notoriously competitive and difficult to get into, while shifting employment patterns mean that reported graduate employment figures may not align with what media graduates are actually doing. Employability may or may not be explicitly mentioned in learning outcomes, but sector-awareness can be built into most modules and courses. Media students are not always confident in writing, especially academic writing, so if they are expected to write at length about television in academic ways, then make sure they are taught how to do this. Presentation assignments can allow students to score highly even if their academic writing is in need of improvement, and presenting and pitching is a valuable skill in the creative industries.

See number 1, above. If you are presenting something as a TV classic or a TV milestone, then you may need to explain why. 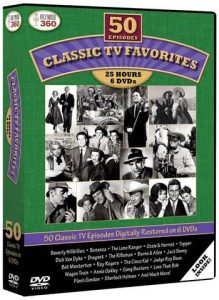 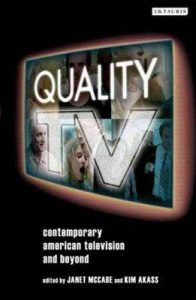 This can also kick off fascinating debates about what we—or ‘we’—value about television and how we define ‘value’. Ratings? Audience numbers? Critical reception? Commercial success? International sales? As with film or any other media product, there is as much value in looking at something ‘bad’ as at something ‘good’ and this can also encourage debate, since students often have strong opinions. Part of what I aim to teach is that what we enjoy may not be the same as what we admire, and what may be considered a ‘classic’ can be the product of its time in negative as well as positive ways. Also bear in mind that the student body can be diverse (see 6) and sticking to ‘classics’ can serve to alienate those who see it as not about them, not addressed to them, or not engaging with their experience. Critically acclaimed ‘quality’ television drama is often by and about white men, and thus can be unappealing or even off-putting to anyone not in this category. Talking about Idris Elba’s address to the Houses of Parliament on diversity in UK television, or about Viola Davis’ Emmy acceptance speech can demonstrate some of the challenges faced by the industry and those who aspire to be part of it.

There’s always too much TV. If the students, as mine have done in certain years, end up watching more than you ask them to and come back in a week’s time having binged a whole season or even a whole series, then see that as a plus. It is part of the job to introduce them to things they may not be familiar with, but there are limits to what students can process and how much time they have to devote to academic work—even if that work is watching TV.

Standard referencing guides are only slowly catching up to TV content and many are patchy or inconsistent. I include basic information (how to cite series titles, episode titles, original airdates) in my module guides and through student handbooks as well as liaising with support staff in the library who produce the university referencing guides.

To me, this is what makes teaching interesting, dynamic and—frankly—fun. I have found some of my best material through listening to student presentations, conversations and recommendations. I’m not deeply invested in ‘canon’ of any kind and allowing a little flexibility can pay dividends in terms of student engagement. One of the more recent successful decisions I have made in terms of engaging students from the start of a module was to assign Empire as the first homework viewing and seminar discussion. I did so after following up a recommendation from a student on the module the previous year. If students benefit from my scholarly activity, research interests, and connections when I teach television, then I also learn from them, every year, about how television is evolving and how new generations watch, and see, it. 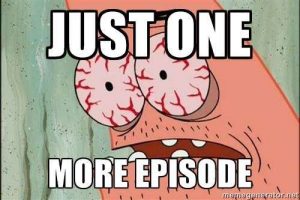 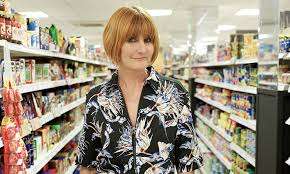