Now that I’m moving between part-time academic posts in three countries, I’m lucky, needy, or nerdy enough, to look for, accept, or leap at short-term opportunities. This week I’m a visitor at the Advanced Cultural Studies Institute of Sweden in Nörrkoping. Last week I did the same thing at Chile’s Pontificia Universidad Católica de Valparaíso.

Apart from garnering frequent polluter miles in order to give talks on, inter alia, environmentalism, the two visits gave me the chance, somewhat improbably, to learn a little about Turkish soap opera, when twinned with an inquiring email to San Bernardino and some ecologically extravagant on-line searching.

This was because colleagues in Santiago, Valparaíso, and Viña del Mar spoke of the immense impact of Turkish telenovelas there, a huge boost for the local Mega network, to the point of a shift in ratings so stark that it imperiled the future of other stations. This development reversed the longstanding tendency for Turkey to import Latin American novelas—a South-South counter-flow.

The first event I attended in Nörrkoping last week featured the philosopher Ferda Keskin. He informed me of the controversy surrounding one of these programs within Turkish politics. I contacted communications professor Ece Algan in California for more details, having read her brilliant blog post on the subject.

Since 2008, Turkish telenovelas have been wildly popular across North Africa, the Balkans, and the Arab world. Government figures boast that soap opera exports doubled in value in 2012 to US$130 million at a time when overall economic growth was stalling. The export price per episode had swollen in some cases from US$4000 to US$150000 in five years, depending on the series and territory. A nice externality has been boosts for tourism and the fashion trade. Huge increases in visitors are reported from Israel, Yemen, Saudi Arabia, and Qatar, along with consumer fascination for Turkish toupées for men. Turkish soaps have even appeared on Swedish TV.

The 2014 documentary Kismet covers the impact of these novelas in terms of the way they free viewers to share romantic, social, and legal frustrations with others and take power over their lives. Filmmaker Nina Maria Paschalidou reveals that the mostly female screenwriters enchant women across the Arab World who must deal with sexual violence. Soaps offer up male actors for display and pleasure who are more glamorous and less vile than those that these women generally encounter (something which is of course true worldwide).

I’m particularly concerned with Muhteșem Yüzyil (Suleiman the Magnificent or Magnificent Century) which screened between 2011 and 2014. It was broadcast to over 200 million viewers in 2012 and sold to Chile’s Mega for around US$2000 per episode, with dubbing costs a significant addition given the premium on Turkish-Spanish translators.

National Public Radio in the US called Muhteșem Yüzyil ‘bodice-ripping’. The Turkish government criticized the program for displaying the ‘successful, expansionist Ottoman Sultan Suleiman as a leader who never leaves the palace or his harem (Sultan’s family, concubines and children)’. Prime Minister Recep Tayyip Erdogan denounced both the director of the series and the proprietor of the broadcast network. He called for legislation proscribing ‘humiliation of historical figures or perversion of real facts’. Turkish Airlines reacted by removing the show from its in-flight entertainment options, so the Emirates’ equivalent immediately bought twelve episodes for travellers, its first purchase of Turkish material.

Local officials were not the only outraged viewers. Macedonia’s Minister of Information Society, Ivo Ivanoski, mused that ‘to stay under Turkish servitude for 500 years is enough.’ Saudi clerics issued fatwa ordering execution of those responsible for a series that they claimed depicted debauchery and encouraged divorce amongst audiences. In Greece, anti-Turk sentiment saw demonstrations outside the channel that screened. And some Turkish women were not so keen on the genre’s female sexual empowerment; they petitioned for the deportation of Wilma Elles, the German actress who played a seductress in Öyle Bir Geçer Zaman Ki (As Time Goes By).

As talk renews of a ‘Hollywood on the Bosphorous’ with investment from Los Angeles, a part will be played in any such boom by the popularity of these series in the Cordilleras and the Scandes; and perhaps the US — Suleiman: El Gran Sultán began on Mundo Fox this past northern summer and had drawn over 1300 comments on its home page at the time of writing.

When we confront, as we so often do, a strict binary of reactions to the idea of media effects—stern denials by credulous qualtoids versus equally stern endorsements from credulous quantoids—it is most interesting and valuable to look at the actual ways that audiences, from Prime Ministers to documentary filmmakers, from Saudi women to Greek protestors, react to what they see. Tracking the material life of a program such as Muhteșem Yüzyil is part of what TV studies needs to be doing.

Toby Miller is 20% a Professor of Journalism, Media and Cultural Studies at Cardiff University/Prifysgol Caerdydd, 25% a Professor of Communication at the Universidad del Norte in Barranquilla and 40% the Sir Walter Murdoch Professor of Cultural Policy Studies at Murdoch University. He can be contacted at tobym69@icloud.com and his adventures scrutinized at www.tobymiller.org. 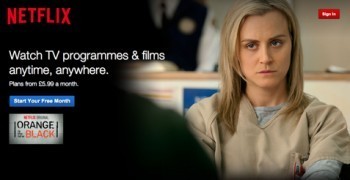 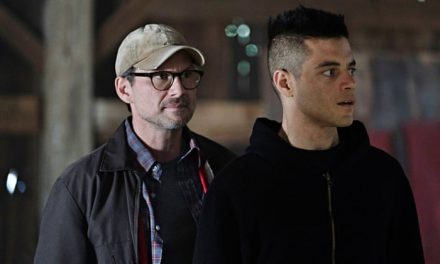