John Lewis PLC has let us know that you recently bought TV equipment. However, we can’t

find a record of a TV license for this address.’

The quotation above comes from a letter I received, signed by Carl Shimeild, Operations Director of TV Licensing in Britain.

I don’t know what that title means, like virtually every job description I have encountered since arriving here.

In a parenthetical remark, the letter advises me that retailers are legally obliged to inform on consumers within four weeks of their purchasing television viewing or recording equipment.

It took me back many years, to 1999, when the Academy of Motion Picture Arts & Sciences decided to award a lifetime achievement Oscar to Elia Kazan.

Kazan had ratted on old leftist colleagues during the McCarthy era in order to save his own skin and ensure prosperity, fame, and security. So when he was given this gong, over forty years later, many progressives were riled.

Radio Free Europe called me to find out what all the fuss was about. Itself a Cold-War relic, Radio Free Europe is part of the extensive but barely recognized US cultural policy apparatus, designed to promote truth, justice, and the pursuit of corn subsidies.

The woman interviewing me for the station had a Russian accent.

She was very relaxed about Kazan ratting people out. ‘Surely what matters is that he was a great artist?,’ she suggested.

I paused, knowing what dead air can do to a professional broadcaster.

‘Did you migrate here from the Soviet Union?,’ I asked.

‘Was one of the reasons you left the fact that you had no privacy and your friends reported to the state on what you said and did?’

I let her have some more dead air.

‘Then I’m sure you can appreciate why some people don’t think Kazan should be given this award.’

She terminated the interview, and I’ve not been asked back to fill the airwaves of liberty with my special talents.

Returning to 2012, I have to say I was deeply shocked by the corporatist state that was evident in my John Lewis incident.

I support the license fee, unlike right-wing opponents and obsessive chroniclers of correspondence such as I received.

But I don’t appreciate the fabrication that it directly pays for the BBC, when in reality, the fee heads for consolidated revenue, which eventually channels funds to the broadcaster.

When I arrived to live in the UK this August, I had endeavored to pay this debt to society as one did in the past, by heading for a post office.

I was rebuffed as an anachronism: ‘We haven’t done that sort of thing here for years.’ Wounded, your correspondent, clearly exemplifying the thoughts and movements of prehistoric man, limped to a groovy coffee house, the better to consider his failings.

Directed to the 21st century, I found myself unable to buy a license on line, because no

bank would give me a credit card or check book.

I had committed the unpardonable sin of residing outside the UK in the previous three years (in my case, almost thirty-three). Globalization works for some, not others, it seems.

Then one bank took pity on me. Cards were issued, and the license fee paid.

But I am left feeling discomforted and puzzled.

What kind of society requires that firms undertake clandestine monetary surveillance of private purchases on behalf of the state?

I realize this happens with phone tapping and the like, in the interest of national security. I don’t approve, but at least the alibi has a claim to protecting the public.

And anyway, if the idea of a corporatist state is so appealing, why not offer a deal whereby the company from whom I buy a television simultaneously allows me to pay the license, should I not already have one? After all, firms help the state to levy other forms of indirect taxation (always regressive, but easy to raise and hard to dodge).

Not paying the license fee is a sackable offence for BBC employees, who support it wholeheartedly. Consider Michael Palin:

not to mention John Cleese and Bob Geldof

Snooping on my receipts should be a sackable offence for its cell of apparatchiks as well. 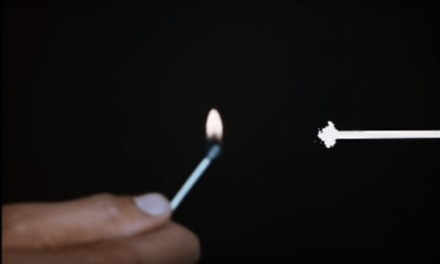